Previous Next
Sonic the Hedgehog (2020 Film)

Sonic the Hedgehog (2020 Film) refers to the live-action film adaptation of Sonic the Hedgehog. The film is directed by Jeff Fowler and stars Ben Schwartz, James Marsden, Tika Sumpter, and Jim Carrey.

The film was announced on June 10th, 2014 as a joint venture between Sony Pictures and Marza Animation Planet. Jeff Fowler was announced as the film’s director, making his directorial debut. Paramount Pictures took the rights from Sony Pictures in 2017, and in February of 2018, the film was announced for a 2019 release. On December 10th, 2018, video game news websites IGN published the first teaser poster for the Sonic the Hedgehog live-action film on Instagram. The poster included light animations, creating a muscular silhouette of the character. The post received on 27,000 likes and 147,000 views in 24 hours.

Much of the online presence following the release of the trailer centered around parodying the film. For example, on /r/TwoBestFriendsPlay, user manoffood posted a fake script for the film, gaining over 450 points (shown below, left). User TheOneTruecucklord posted a poster featuring actor Chris Pratt to /r/SonicTheHedgehog, gaining over 300 points (shown below, right). 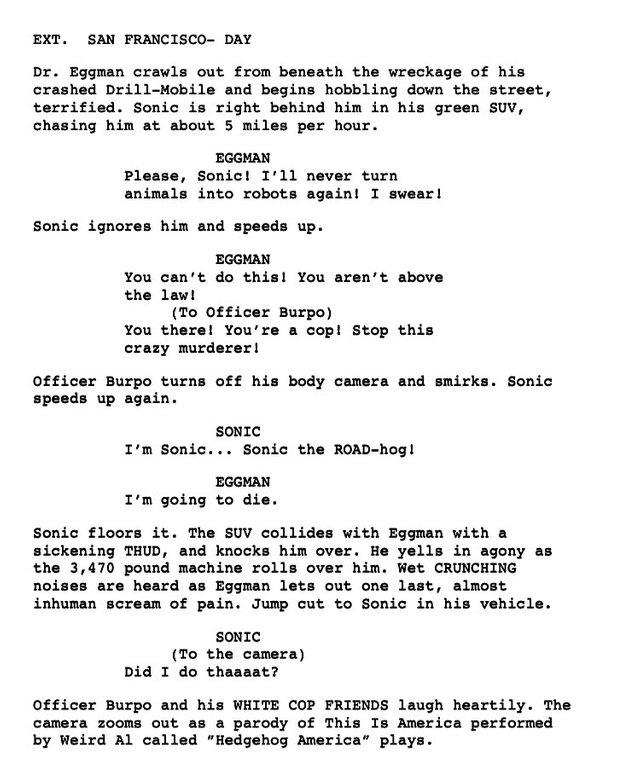 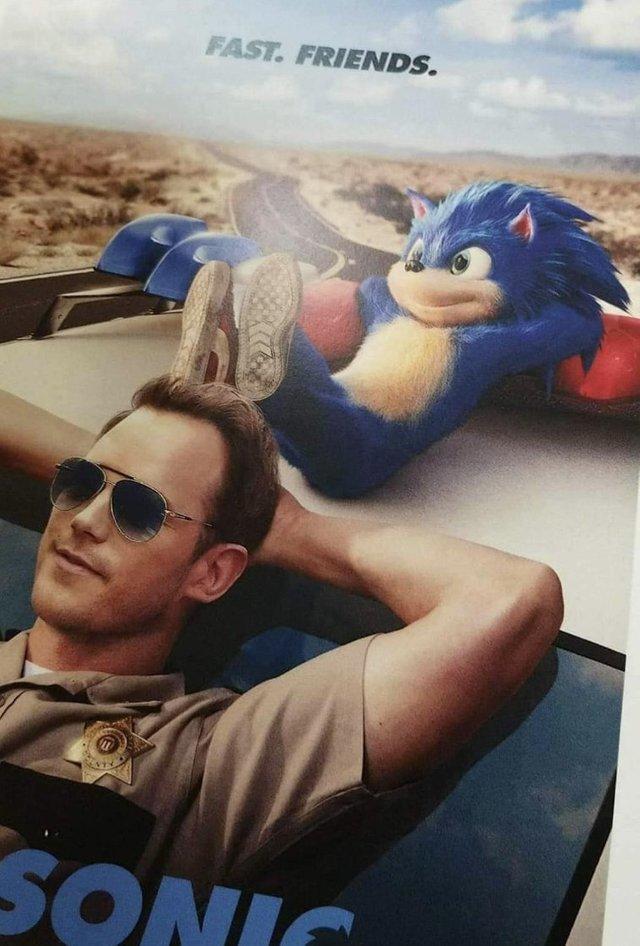 Following the post from IGN, people began mocking and parodying the poster. That day, Twitter user @stevezaragoza tweeted, “look at what happens when you brighten sonic’s face on the Sonic the Hedgehog poster.” Below the caption, @stevezaragoza posted a photoshopped version of the poster that placed Gritty’s face over Sonic’s. The post received more than 8,600 retweets and 38,000 likes in two days (shown below, left).

Twitter user @myanimewaifu tweeted a drawing of the “back” of the new Sonic design. They captioned the post, “if that’s the front of sonic then is this what his back looks like?” The post received more than 2,200 retweets and 9,700 likes in two days (shown below, center).

DeviantArt user jazzjack-KHT posted a version of the poster featuring Ugandan Knuckles in Sonic’s stead. The post received more than 545 views in two days. The following day, Redditor Jake5713 posted the image to the /r/TwoBestFriendsPlay subreddit, receiving more than 865 points (96% upvoted) in 24 hours. 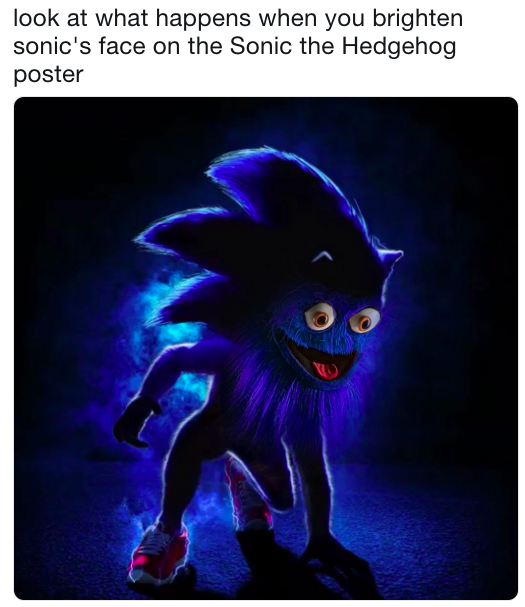 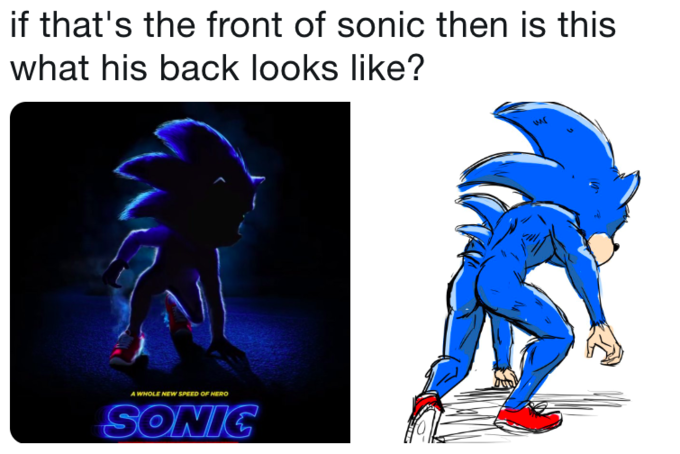 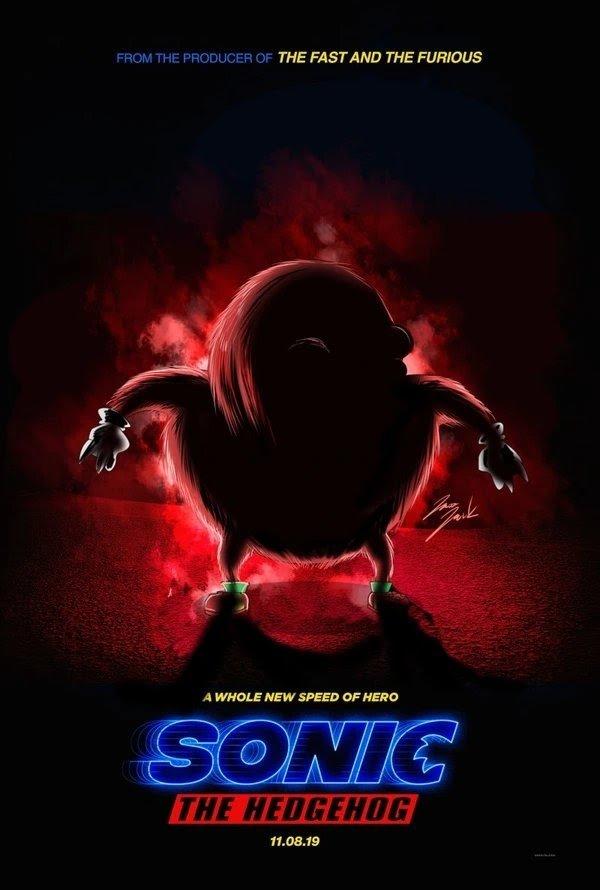 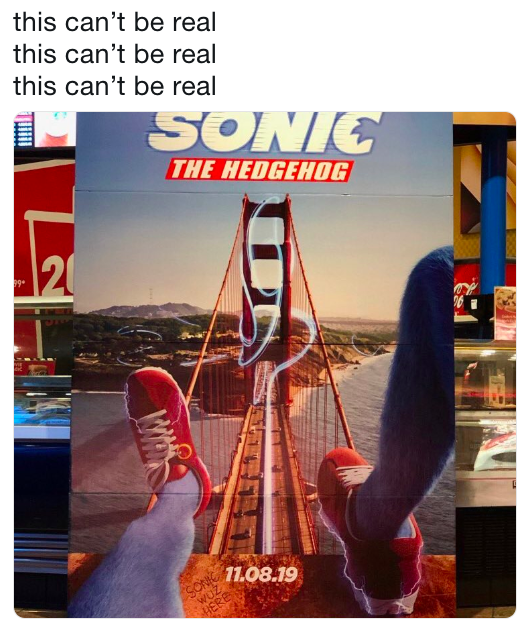 Following the post, people began posting parodies of the second poster. Twitter user @egoraptor tweeted a photograph of an attempt to recreate the poster. Within 24 hours, the post received more than 1,900 retweets and 18,000 likes (shown below, left).

Over the next few hours, others tried to recreate the image and posted photoshopped parodies of the image (examples below, center and right). 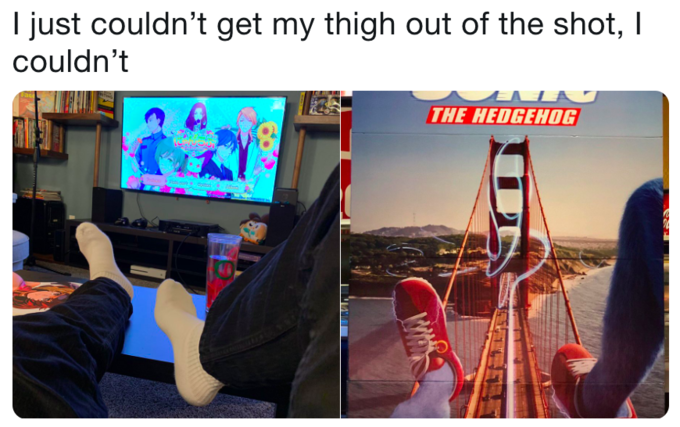 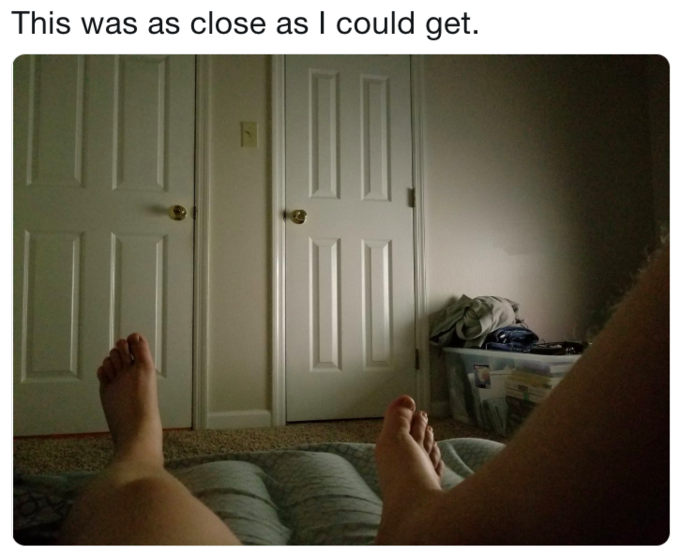 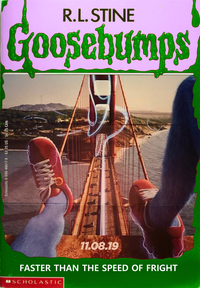 Ohshima said, “Sonic is a fairy of hedgehog, so he doesn’t need to be designed closer to a real hedgehog even in a live action. Mickey doesn’t become a mouse in live action, does he? Because they are fairies who can live on when people believe in them.”

Gurihiru said, “I’ve heard that Sonic movie was going to be a mixture of live action and animation, but I haven’t expected this…”

Maekawa said, “Wooow, they made a totally unexpected arrangement there *rofl*.”

Yuji Naka said, “From the comments here, it looks like it’s very badly received. I wonder if the movie is actually good when you watch it. I see many movies based on anime or games are unpopular. I wonder why that happens…”

On March 4th, 2019, a “film style guide” by the ad agency Hamagami / Carrol, Inc. was leaked, featuring images of the character from the upcoming film (shown below). 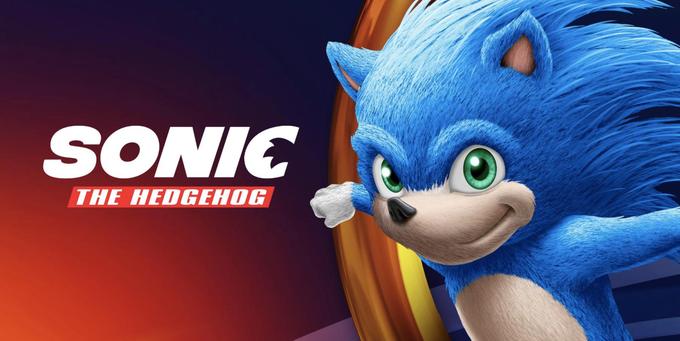 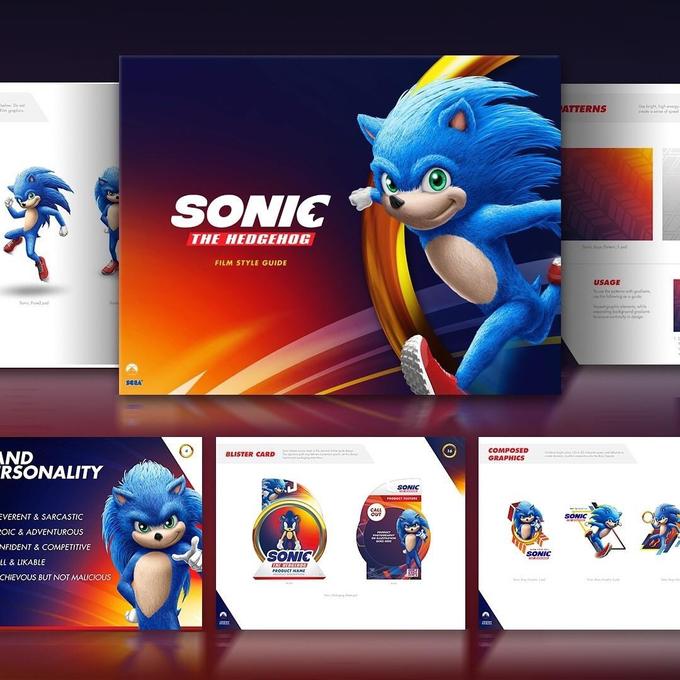 Shortly after, Twitter user @FourScore64 uploaded a video reacting to one of the brand images (shown below).

On April 30th, 2019, Paramount Pictures released the first full trailer for the film. The film featured the first look at Jim Carrey’s Dr. Robotnik and Ben Schwartz’ vocal performance as Sonic. It is set to Coolio’s Gangsta’s Paradise. (The video has since been removed, shown below is an upload from a different source)

The trailer swiftly inspired strong reactions among Twitter users, many of whom commented on Sonic’s design, particularly his teeth. User @BrandyLJensen joked that the best jokes you could tell about the trailer were simply facts, such as “Sonic has a full set of human teeth” and “Gangsta’s Paradise plays throughout.” Her tweets gained over 500 and 480 likes, respectively (shown below, left). User @Hello_Tailor joked that at the pitch meeting, everyone chanted “Teeth!”, gaining over 550 retweets (shown below, right). 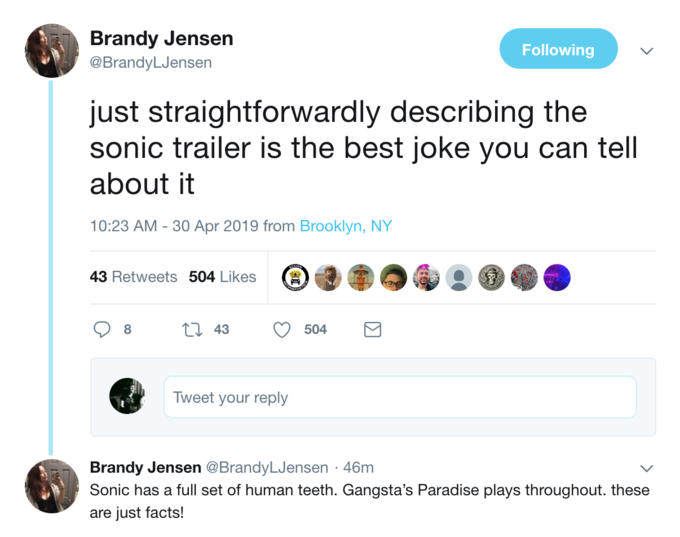 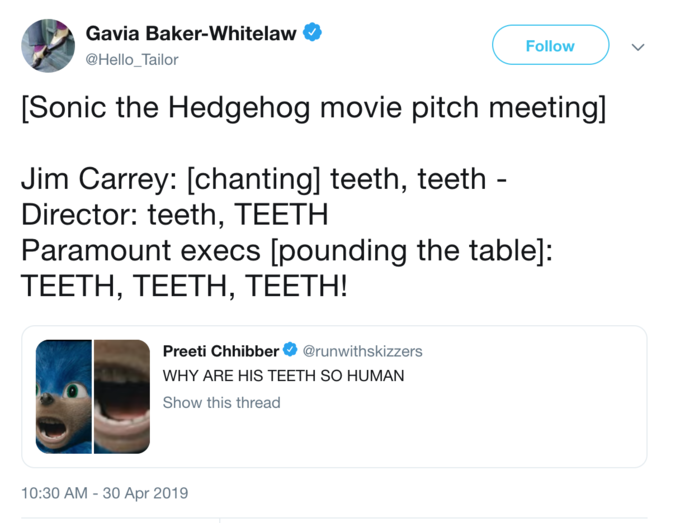 Others were down on the potential quality of the film as a result of the trailer. User @leyawn went so far as to imply that the film was punishment for man’s sins, gaining over 260 retweets and 900 likes (shown below, left). Billboard writer Jason Lipshutz said the film looked like a “1997 direct-to-DVD” film (shown below, right). 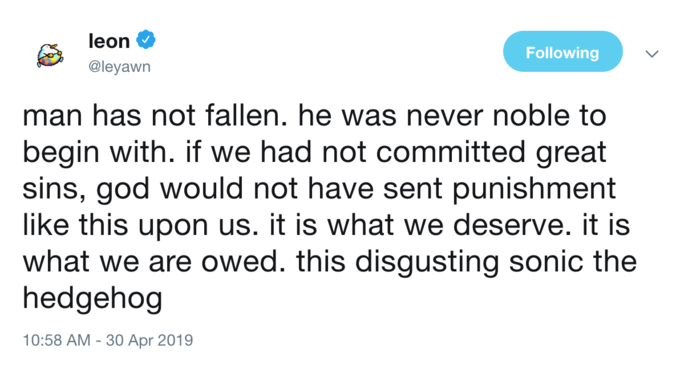 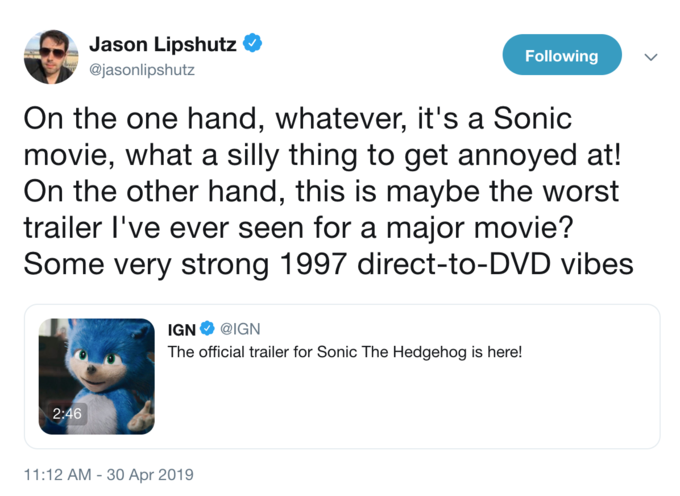 The trailer was posted to /r/movies and quickly gained over 5,800 points and 3,000 comments. Mashable covered the online reaction to the trailer. The Verge covered the trailer with the title “No one can save you from the first trailer for the live-action Sonic the Hedgehog movie.”

On May 3rd, 2019, Sonic the Hedgehog director Jeff Fowler tweeted an announcement that the Sonic design in the film will be changed due to the negative reaction to the trailer. 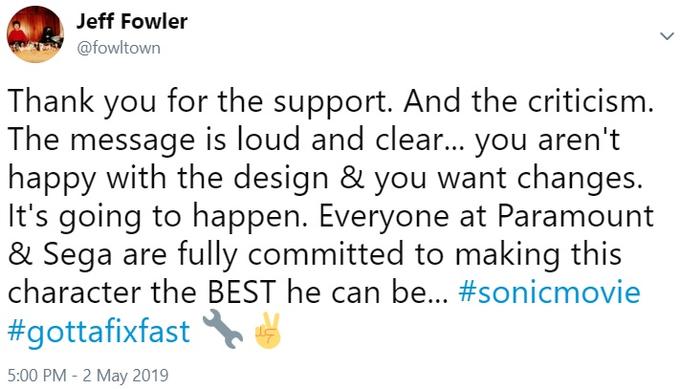 Following the announcement, multiple posts celebrating the decision were made by users on Twitter, Reddit and other social platforms (examples shown below). 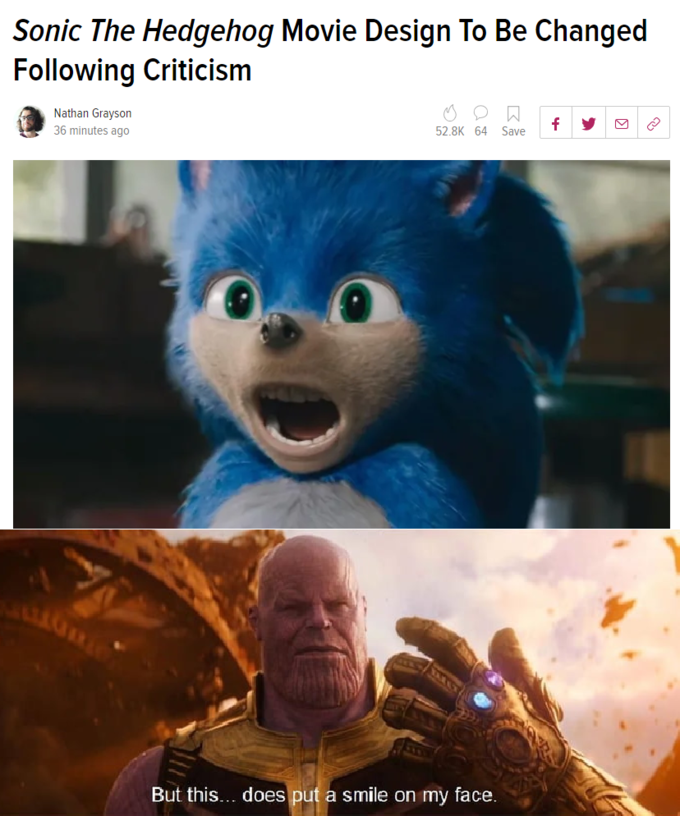 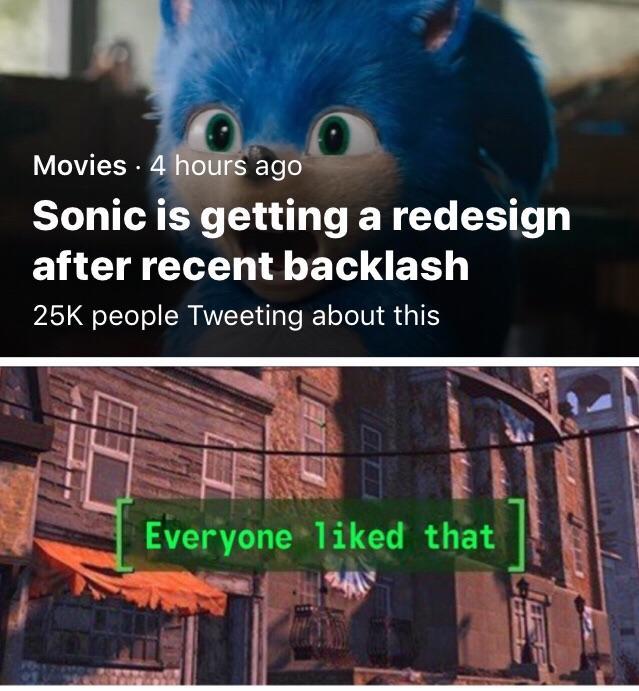 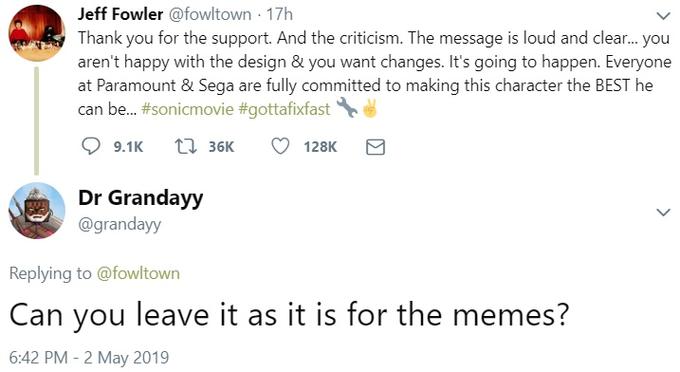 On May 3rd, 2019, YouTuber PewDiePie uploaded a video titled “Fixing Sonic the Hedgehog,” in which he attempts to redraw Sonic from the trailer from memory (shown below). Within 72 hours, the video gained over 5.8 million views and 34,000 comments.

The following day, PewDiePie tweeted a link to an eBay listing for the illustration, which received more than 31,800 likes and 1,900 retweets. According to the news site Dexerto, the listing received a bid of £10 million before the listing was removed. 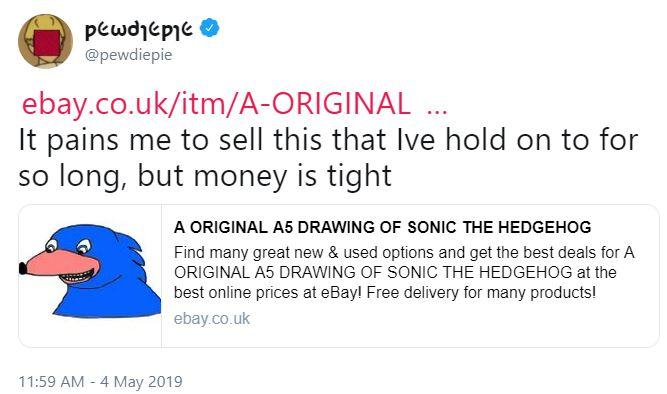 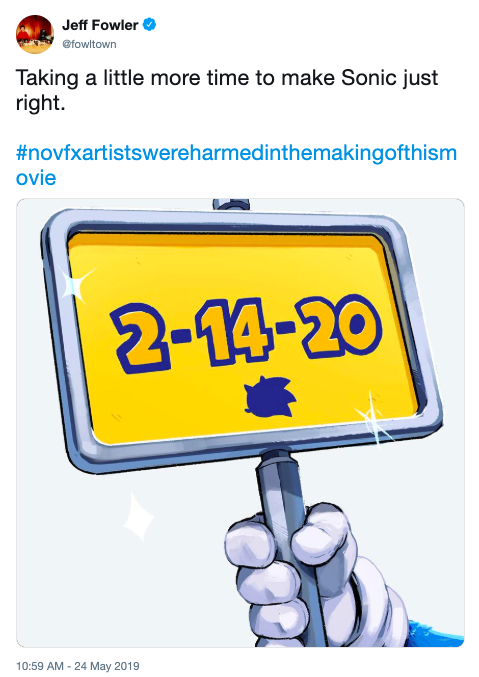 Some joked about the date change to Valentine’s Day. Twitter user @NeilNevins tweeted, “this Valentine’s Day get her what she really wants tickets to Sonic the Hedgehog.” The tweet received more than 170 retweets and 1,800 likes in 24 hours (shown below, left).

Twitter user @ChilledChaos tweeted, “Knuckles is Red Sonic is blue The movie got a new release date It’s A Valentine’s Date for Two.” Within 24 hours, the tweet received more than 130 retweets and 900 likes (shown below, center).

Others expressed their appreciation for the director’s efforts. Twitter user @foxy_scientist tweeted, “Thank you so much Jeff Fowler, I wanna cry rn, you and your crew are absolutely amazing and I love you all. Can’t wait for February” (shown below, right). 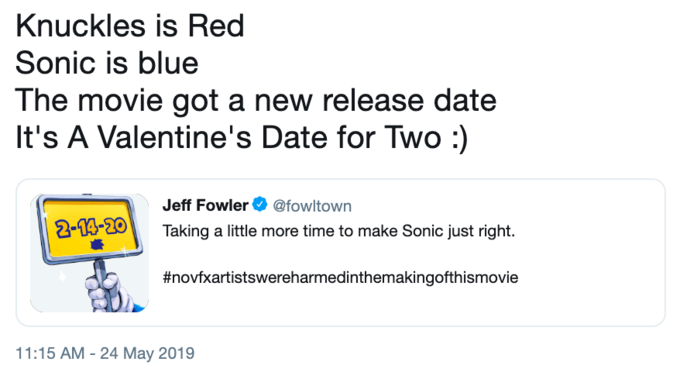 On November 12th, 2019, the second trailer for the film was released, showing off the redesigned Sonic.

The trailer was considerably better received than the first, as people praised Sonic’s redesign as well as Paramount Pictures decision to listen to fan backlash. Twitter user @marked_donovan wrote, “The fact they changed it and listened to people is the reason I’m going to see the #Sonic movie good job” (shown below, left). User @BlackNerd shared similar sentiments, writing, “New video(s) soon… but lemme say right now… This… is… GLORIOUS! Super huge respect to the people behind #SonicMovie and especially the animators who worked so hard to make this happen. You made gold (rings) here! This is the best Valentine’s Day present I’ll ever have” (shown below, center). Sonic Mania Adventures creator Tyson Hesse stated he was brought in to lead the redesign of the character (shown below, right). 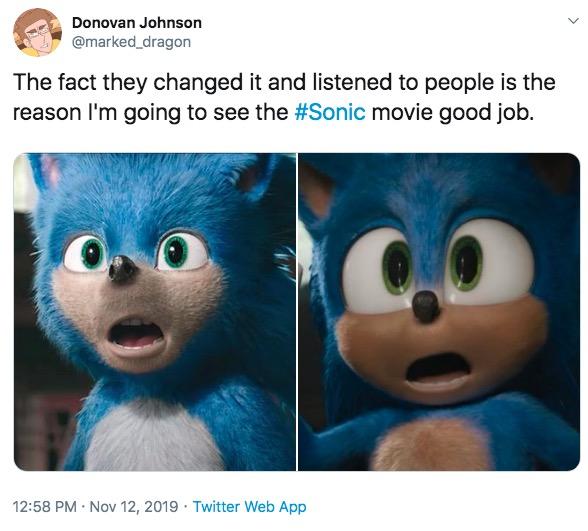 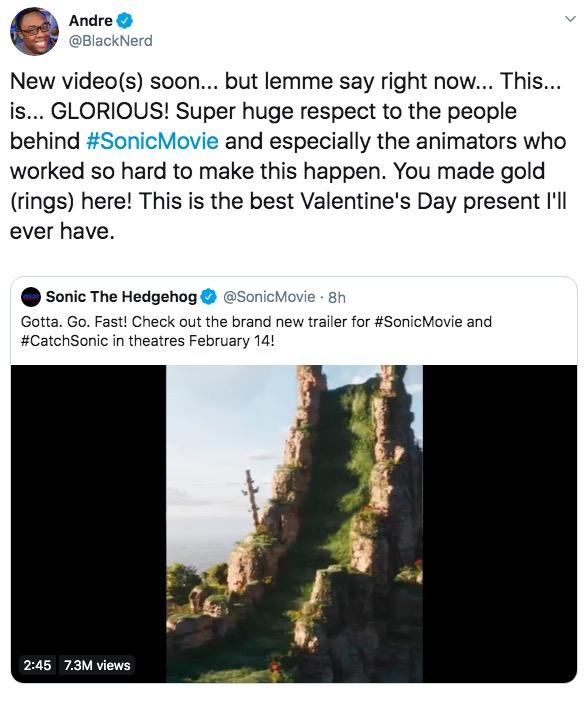 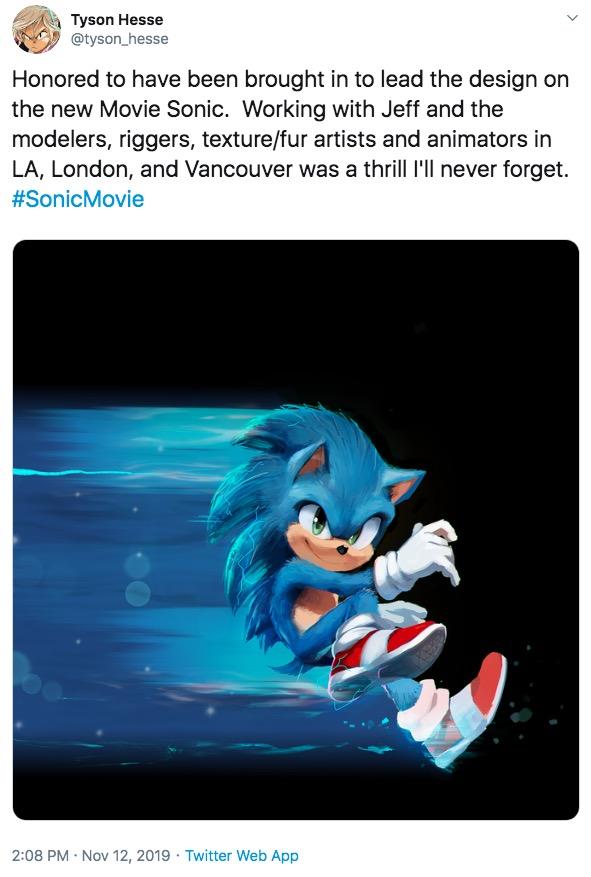 While most of the response was positive, some Twitter users joked about wanting to see the release of the original cut of the movie, sharing jokes under the hashtag “#ReleaseTheSonicCut,” a play on #ReleaseTheSnyderCut. 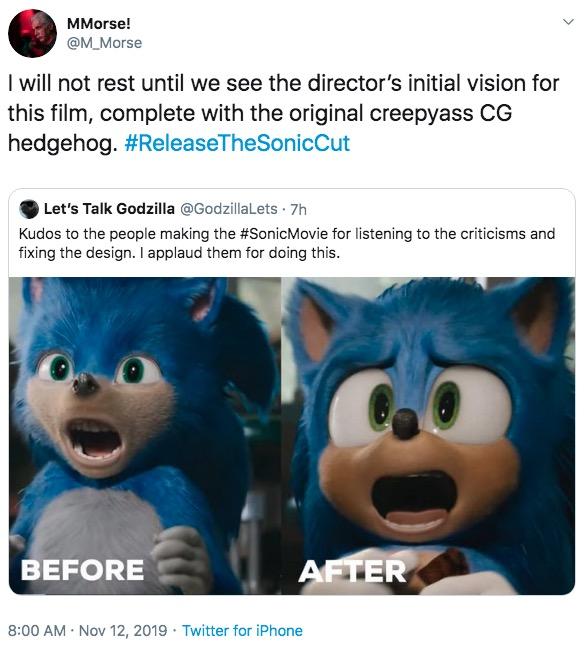 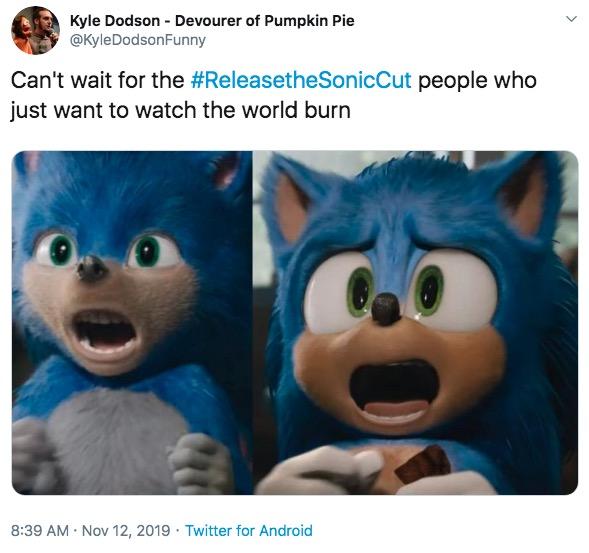 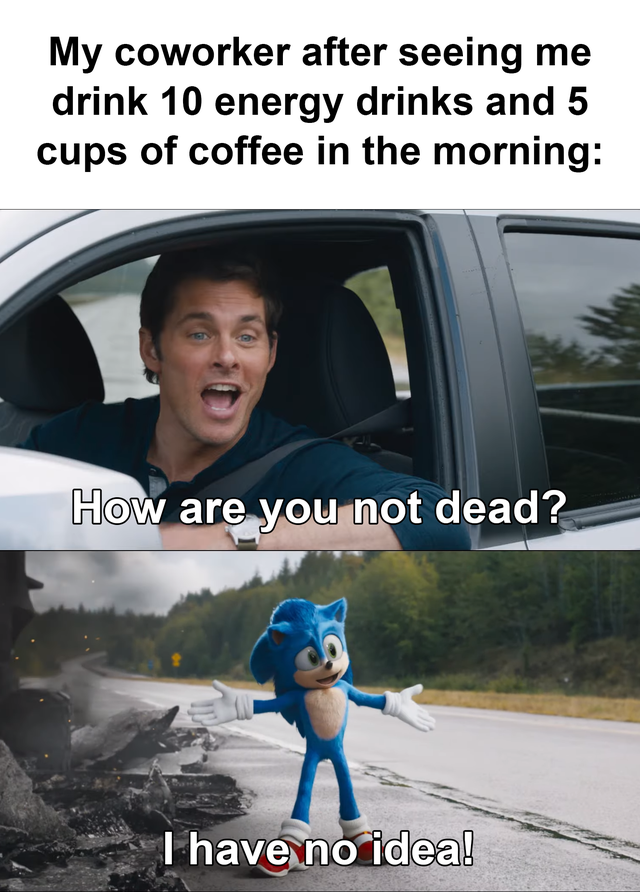 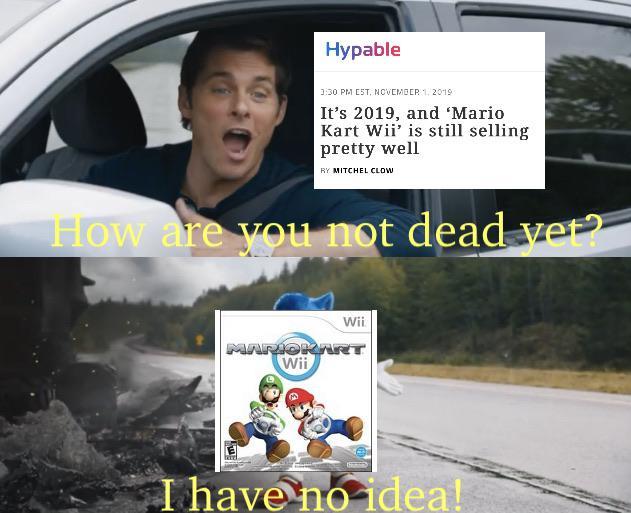 On February 14th, 2020, Sonic the Hedgehog released worldwide. The film received mixed critical reception upon release, scoring a 47/100 on Metacritic and a critic score of 64 on Rotten Tomatoes. Favorable reviewers include Kristen Page-Kirby of The Washington Post, who wrote the film was quippy and sweet without going overboard. On the more negative side was A.A. Dowd of the AV Club, who wrote the film was, “a nattering chore of a ‘family’ comedy that feels written by committee and directed by indifferent machine.”

Ahead of the film’s release, Sonic voice actor Ben Schwartz promoted the film on several gaming YouTube channels, including an interview with Polygon (shown below, left) and a video of him reacting to a Sonic speedrun for IGN (shown below, right).

Also on YouTube, reviewers have gained hundreds of thousands of views talking about the movie, including Jeremy Jahns (shown below, left) and Chris Stuckman (shown below, right).