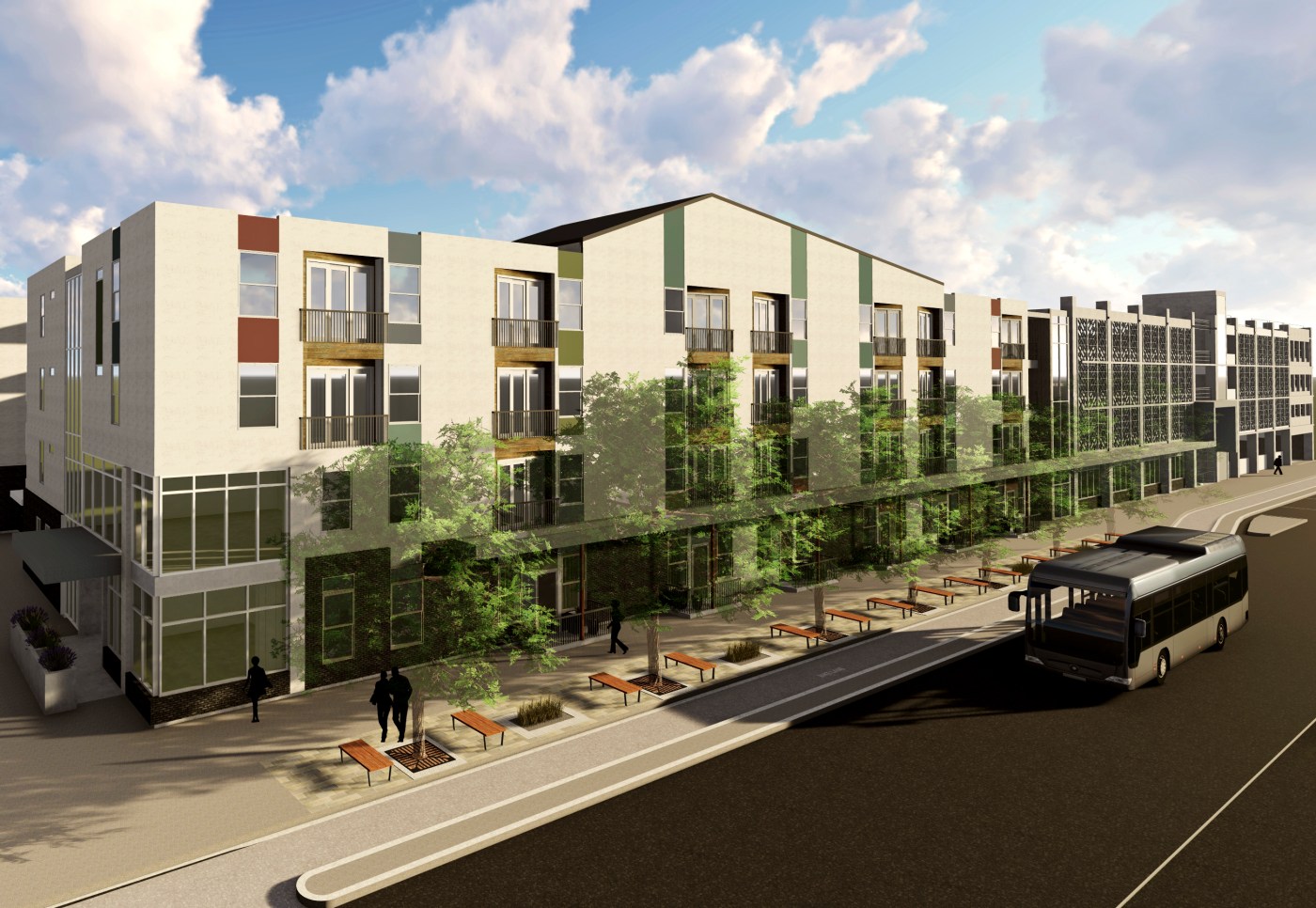 The Colorado Department of Local Affairs recently approved $3.7 million in funding for a housing project planned on Coffman Street between Fifth and Sixth avenues in Longmont.

The project, which in its current form plans to include more than 70 units of affordable housing in addition to commercial space and a parking garage, has been in the works for nearly three years, according to Norrie Boyd, the Boulder County Housing Authority’s Housing Division director.

The planned development brings together a number of funding sources and a number of private and public partners, with the Longmont Downtown Development Authority, the city of Longmont, Boulder County, the county’s housing authority and commercial real estate company Burden Inc. contributing.

Burden also has had a hand in developing a number of properties across the Front Range, including Roosevelt Apartments at Longs Peak Avenue and Main Street, which opened in 2014.

The Longmont Downtown Development Authority, Boulder County and Burden Inc. are all contributing land, while Longmont has issued fee waivers to the project, per Kathy Fedler, Longmont’s housing and community investment manager.

The $3.7 million from the Department of Local Affairs put the project over the top, Boyd said, with enough funding secured to pay the combined cost of $32.2 million.

“We are contributing some land from our property at 500 and 510 Coffman St. toward that parking garage, and then we’ll have some land left over that we will likely plan a new project on,” Burden said.

According to Fedler the parking garage will be multi-use, with residents of the nearby affordable housing complex, office workers and folks visiting downtown all having access to it.

The bulk of the land being used for the development is owned by Boulder County. Offices for county workers will be incorporated, in addition to “services that support the residents of our low income housing,” Boyd said.

“And that also will include, (as) I keep calling it, a workforce enterprise space, like a small cafe or business where folks can get an opportunity to experience some job training, or people who may have been left out of the traditional workforce may have some customer service exposure, some work exposure in this … little commercial space on the ground floor,” she said.

The county’s goal is to break ground in summer, said Justin Lightfield, senior developer with the Boulder County Housing Authority.

“We are currently working through the site development and planning approvals process with the city of Longmont,” he wrote in an email.