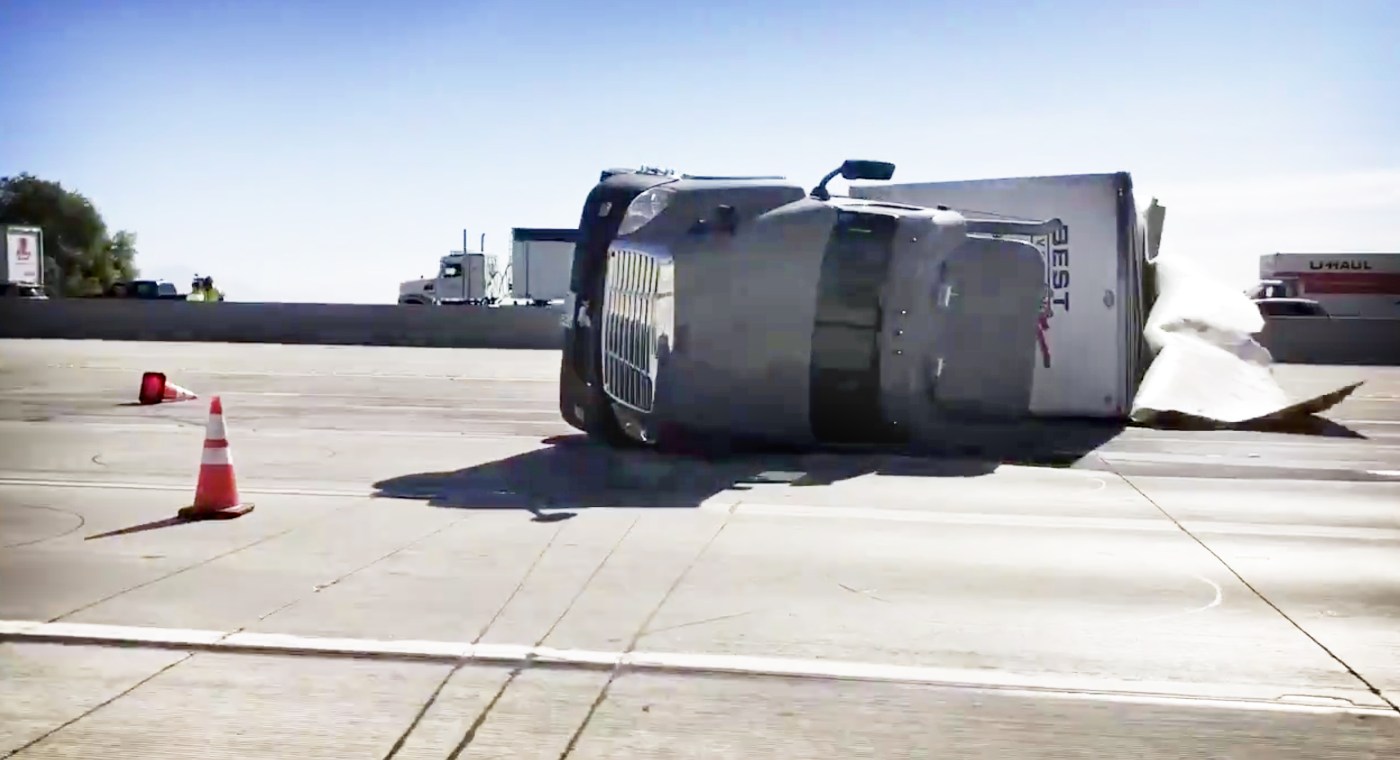 Strong winds caused problems on the 15 Freeway Wednesday morning, Oct. 30, blowing over five tractor-trailers in a row near the Sierra Avenue exit in Fontana.

In succession, three 18-wheeler semi trucks toppled over about 9:33 a.m. onto the lanes of the 15 Freeway in both directions, said Jimmy Schiller, information officer for San Bernardino County Fire Department.

FONTANA:#SBCoFD firefighters are on scene of a TRAFFIC COLLISION on the 15 freeway, both north and south bound sides. ME2 is reporting multiple overturned semi trucks on both sides.1 minor injury reported.Expect significant delays and use caution in the area.-JRS pic.twitter.com/OcqSjDCJtg

“They were literally 100 yards apart from each other,” Schiller said. He did not know now many were on what side of the freeway.

One of the drivers sustained minor injuries, he said. An ambulance was at the scene but he was not sure if the driver was taken to the hospital.

High winds were pummeling the region Wednesday, as an extreme wind event was slated to blow through and remain through Thursday. Forecasters predicted gusts of up to 80 mph in some areas.

Southern California Edison warned thousands that they could have their power shut off, while more than 30,000 were without power in LA, Orange, Riverside, and San Bernardino counties Wednesday morning.

The high winds even forced Cal State San Bernardino to shut down campus Wednesday in anticipation of a power shut down.