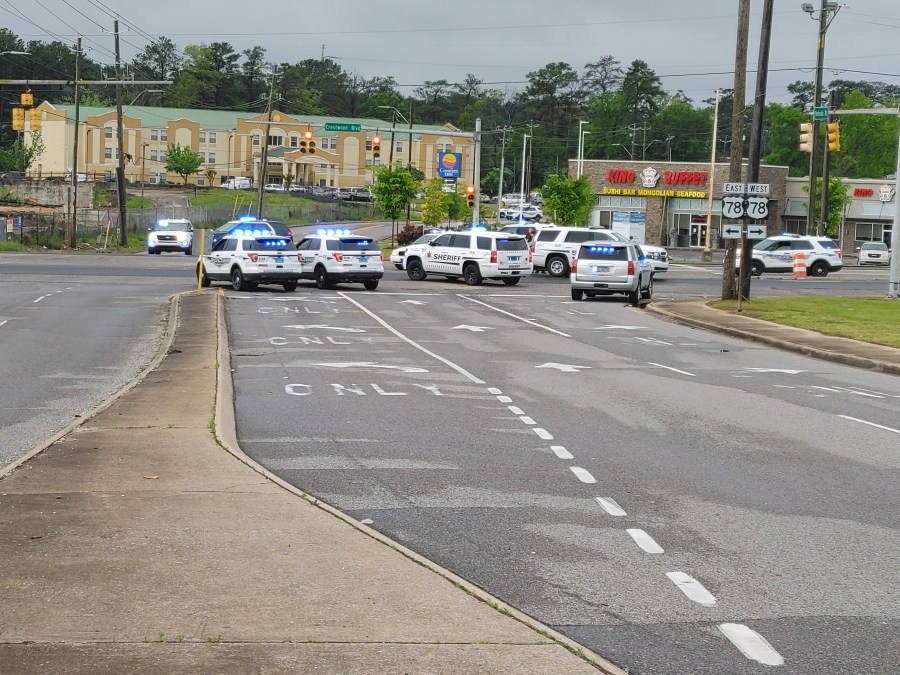 AUBURN, Ala. (WRBL) — A dangerous and frightening manhunt for a suspected killer is over in Birmingham.

Auburn Police have secured Capital Murder warrants for a Columbus, Georgia man in the shooting death of Phenix City woman at a landscaping company. The suspect is also a person of interest in the murders of a Dadeville couple.

“On April 18, 2020, the Auburn Police Division obtained felony warrants for the offenses of Theft of Property 1st Degree and Capital Murder for the arrest of Derrick Hightower, 32-years-old from Columbus, Georgia. Also, a felony warrant for the offense of Theft of Property 1st Degree was obtained for the arrest of Kentrice Symonee Hill, 21-years-old from Birmingham, Alabama,” said Assistant Police Chief Clarence Stewart.

Birmingham Police, Sgt. Rodarius Mauldin confirmed in a Facebook video that police were notified of a vehicle stolen out of Auburn wanted in connection to the Friday morning homicide.

In that case, Auburn Police confirmed 54-year-old Nancy Nash of Phenix City was found dead at Creative Habitats Landscaping in Auburn after police were called to a truck fire in front of the business on Friday morning.

Hightower is also a person of interest in a double murder in Dadeville, about 20 minutes up the road from where Nash was shot on 280 west. Dadeville police tell News 3 around 7:00 Friday night they responded to 911 call from a home along Barrett Street about two deceased persons. Officers arrived and found 61-year-old Willy Tidwell and his wife 65-year-old Barbara Tidwell dead from gunshot wounds. Police say a friend of the family discovered the couple and called 911.

Hightower was taken into custody by the Birmingham Police Department for separate but related charges.

Hill was taken into custody in Birmingham, AL and will be transported to the Lee County Detention Facility.

Additional charges are anticipated. This case remains under investigation.

Saturday afternoon, Birmingham police asked families in the Montclair Road and Crestwood Blvd area to shelter in place as the search continued for the suspect who allegedly fired upon Birmingham officers during a Saturday morning traffic stop.  A vehicle wanted in connection to Nash’s shooting death in Auburn was spotted at a motel along Crestwood Blvd in Birmingham around 11 p.m. Friday. Several hours later, around 4 a.m. on Saturday, officers attempted to pull over a silver sedan.During that traffic stop, Birmingham police say the suspect exited the vehicle and began firing at officers, who then lost sight of the suspect. Officers were called to a home along Briar Grove Drive, where another person was discovered shot to death inside that home.