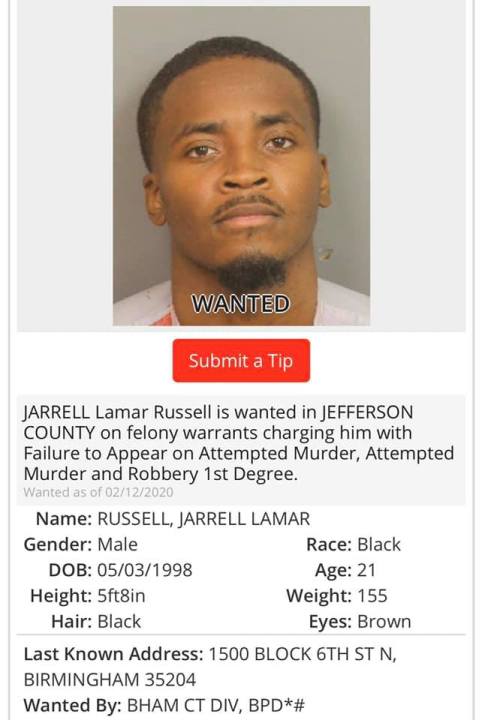 BROOKSIDE, Ala. (WIAT)- Brookside police are actively searching for a man who fled a traffic stop Saturday night.

Brookside officers attempted a traffic stop around 8:00 p.m. on a vehicle on Cherry Avenue when the driver, identified as 21-year-old Jarrell Russell, drove away from the stop. Brookside Police, Jefferson County Sheriff’s Office, and Birmingham Police began a vehicle pursuit which led into Birmingham. The pursuit ended along Finley Avenue and officers say Russell jumped out of the vehicle on Fifth Street North and fled towards a residential area.

The passenger, identified as Amber Collins, crawled into the driver seat, leading officers on a second vehicle pursuit which ended near Fourth Ave. North & 17th St. Collins was immediately taken into custody.

Officers are still searching for Russell and he is suspected to be armed & extremely dangerous.