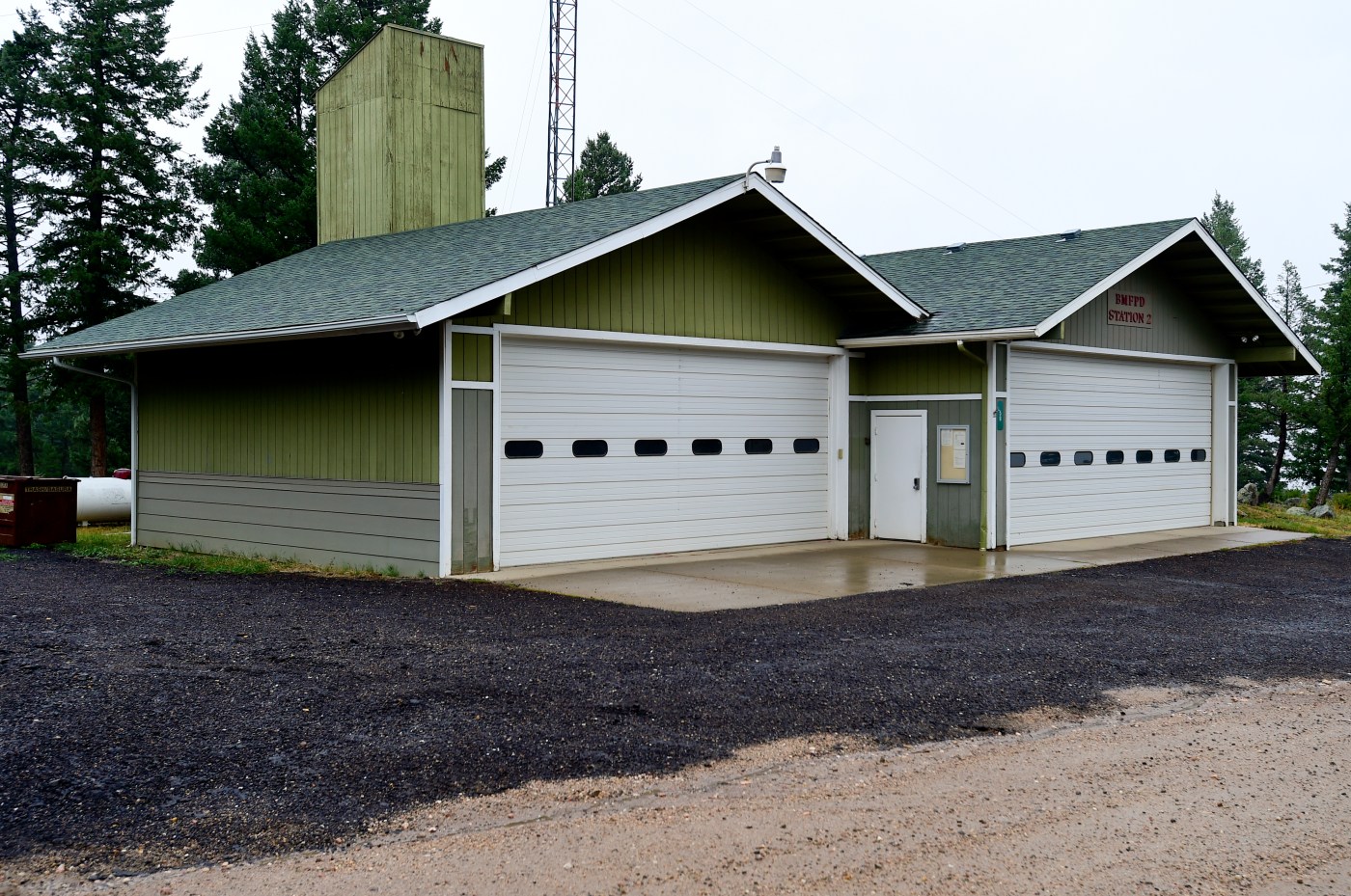 Elevated levels of fluorochemicals were discovered earlier this summer during testing of a well at a fire station serving Boulder Heights, and officials plan to meet with potentially affected neighbors next week.

Boulder Mountain Fire Protection District Chief John Benson said Wednesday that fluorochemicals known as PFAS were found at a level of 1,447 parts per trillion, far above the federal health advisory limit of 70 ppt.

That reading was taken at Boulder Mountain Fire Station 2, 50 Overlook Lane. Residents at 64 homes within a 1,500-foot radius of the station have been notified of a public meeting set for 6 p.m. Sept. 18 to discuss those findings and next steps to be taken with the public

“Our main concern is our community, and the safety of our residents,” Benson said. “That’s why we’re being proactive in getting this out to our residents, for their safety and their health concerns.”

John Putnam, director of environmental programs for the Colorado Department of Public Health and Environment, confirmed the fire station’s findings. He said three additional samples were taken, two at nearby private homes and one at a Boy Scout camp in the area. One of the homes’ well water did show levels above the federal health advisory level of 70 ppt., and that homeowner is now using bottled water. The Boy Scout camp’s water was below that threshold, and the other homeowner does not use their well water for drinking.

“We applaud that decision as a proactive step to protect public health, and to make sure they understand the quality of their water as well as their neighbor’s water,” Putnam said.

Next week’s meeting will also be staffed by representatives of the state health department, Boulder County Public Health and the U.S. Environmental Protection Agency.

“One of the things I have found is that since we put this letter out, there have been phone calls and emails that we have received with positive feedback,” Benson said. “We were proactive in doing this, and the feedback has been supportive — ‘Thank you for bringing this to our attention, how can we help, what kind of system do we need to put in.’

“That’s what we’re working on, with partnering agencies.”

“Any time you have contaminants above any standards, we have public health concerns,” Malinowski said. “We just have the one test. We want to confirm if there is other contamination up there. Our biggest concern is public safety.”

Benson said the source of contaminants in water serving Station 2 is not yet certain; it might not necessarily be from the Class B firefighting foam used for fighting petroleum fires that’s typically associated with those chemicals, he said, since the department conducts its training at the Boulder County Regional Fire Training Center.

Putnam agreed, saying it was too soon to explain the chemicals’ presence at the Boulder Heights station.

“I wouldn’t rule out the Class B foam,” Putnam said. “Neither could I say for sure that’s the source of the contamination. There are certainly other sources for this PFAS family of chemicals — food packaging, personal cosmetics and other products.

“That being said, where we have typically found it in high levels in the state so far, they have certainly been connected to the Class B foam.”

The officials’ comments come in the wake of recent a recent report in The Denver Post that the state of Colorado is ramping up its response to problems posed by so-called “forever chemicals,” fluorochemicals linked by a growing body of evidence to cancers and problems during pregnancy.

The Boulder Mountain Fire station is not the first in Boulder County to be identified as a source of PFAS contamination,

The Sugarloaf Fire Protection District installed well and septic systems in 2017 at its Station 1 and Station 2 in 2017, and in April 2018, sampled the water in the well at Station 1 for PFAS. Water from wells at both stations ultimately tested positive for both perfluorooctanic acid (PFOA) and perfluorooctane sulfate (PFOS).

The highest results found by Sugarloaf were at its Station 1, at 1677 Lost Angel Road. Well water there was tested two times, with one test showing a combined PFOA plus PFOS level of 1,282 ppt, and another coming back at 1,029 ppt.

The department has since installed anion exchange filters at both of those stations, and the treated water now has no detectable amounts of PFAS.

Testing was also launched last year by Sugarloaf at 65 residential wells in the vicinity of those two stations, and 30 or more came back as positive for one or more PFAS, although some showed only trace amounts (less than 10 ppt.), according to Sugarloaf firefighter John Winchester. He has coordinated the district’s sampling in the area, which is paid for by CDPHE.

Winchester said the Sugarloaf department, in concert with CDPHE, decided to again test wells at 15 homes in May of this year, when the water table was high, and to then test the same 15 when the groundwater subsided to near its seasonal low; that will be done Saturday.

“The CDPHE wanted to test houses around the fringe, because that’s where you get the most movement of the PFCs,” Winchester said.

Results from the May round of testing, and previous testing of those same wells, he said, “varied a little, but there was nothing shocking that said something bad had happened. We didn’t see a significant change, between the first test and then the repeat test.”

Following this Saturday’s round of renewed testing, Winchester said, “We’ll send the tests in. It takes about a month to get the results back, and then we share those results with the county and CDPHE, and assuming there is no great changes in anything, no surprises, then I think we’re done. We will have exhausted all the money from CDPHE and the county.”

Winchester said he knows for sure his department stopped training with Class B firefighting foam by 1998, and possibly as early as 1997, after having used it starting in about 1992. Class B foam, also known as AFFF, or aqueous film forming foam, has been linked to the spread of PFAS south from Peterson Air Force Base and the adjacent municipal airport, contaminating public drinking water wells in the Fountain Creek watershed.

‘Break the chain of exposure’

As part of a new plan to boost its response to pollution from PFAS, the state is targeting implementation of a new state law requiring fire departments to provide health officials with lists of chemicals they use to fight fires. That law also bars fire departments from the spraying of PFAS during training.

Also, while the EPA has not set a binding national regulatory limit for PFAS, Colorado officials’ plan to address the growing problem includes setting a state-level limit for PFAS that would give its health department authority to compel polluters to test and clean up contaminated groundwater, creeks and soil. The state plan would also create a process for establishing a regulatory “maximum contaminant level” for PFAS that state water quality inspectors could enforce.

Putnam said the state health department is making funds available to make sure that all testing needed in Boulder Heights area is completed. And, while establishing the source of the contaminants there is unknown, he sees a more immediate priority.

“This is an issue we’re very concerned about, and we’re developing plans so that we can better survey the state, so we can better understand where this chemical may be located, again, so we can break the chain of exposure and make sure people are not being exposed to it.”

What: Meeting on water quality issues