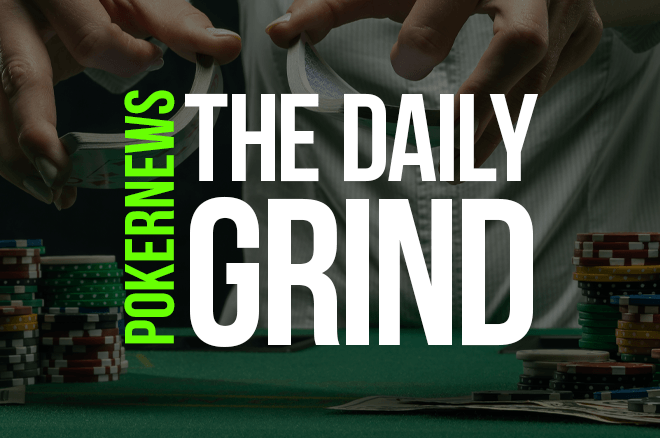 With online poker experiencing an uplift like we’ve never seen before, PokerNews wants to bring some of the best tournaments of the day into focus for all of you out there on the Daily Grind.

However you like to do your Daily Grind, PokerNews is here to round up some of the most exciting tournaments of the day from GGPoker, partypoker, PokerStars, and Unibet.

We’re now midway through GGPoker’s High Roller Week with today being its fourth day and the action continues with an exciting array of tournaments and more than $500,000 in guarantees in today’s series events alone!

If the High Roller action isn’t quite for you, there’s also the value of the Daily Mains and plenty of satellites to the GG Masters, which this Sunday gives a whopping $500,000 guarantee for a $150 buy-in. You can satellite in for as little as $1.50.

partypoker’s POWERFEST sees another jam-packed day today with events #97 through #105. Today’s offerings feature buy-ins from $0.55 to $2100 and a mix of NLHE and PLO so no matter your bankroll or game of choice, there’s something for you.

Wednesday at partypoker also features the Gladiator tournaments as well as the Daily Masters and all the other daily offerings that partypoker provides.

Yesterday, we saw the completion of the massive 14th Anniversary Sunday Million with “AAAArthur” crowned as champion after winning his ticket for a mere $11 and turning it into $1.1 million.

Read How “AAAArthur” Took Down the Sunday Million

Today, the High Rollers Series continues at Pokerstars, and the action features some excellent progressive bounty action.
But you don’t need to be a High Roller to get some of that action for yourself. Pokerstars is offering some PKOs for as little as $2.20

Today at Unibet, they continue their Sirius Bounty Promotion. With €93,000 in added guarantees and a €5,000 leaderboard, this series is an exciting opportunity to earn some extra cash and gain points for every player you knock out!

There’s also a further array of tournaments on, which are very well suited to those who aren’t on the high roller scene yet with the biggest buy-in of the day coming in at €100.