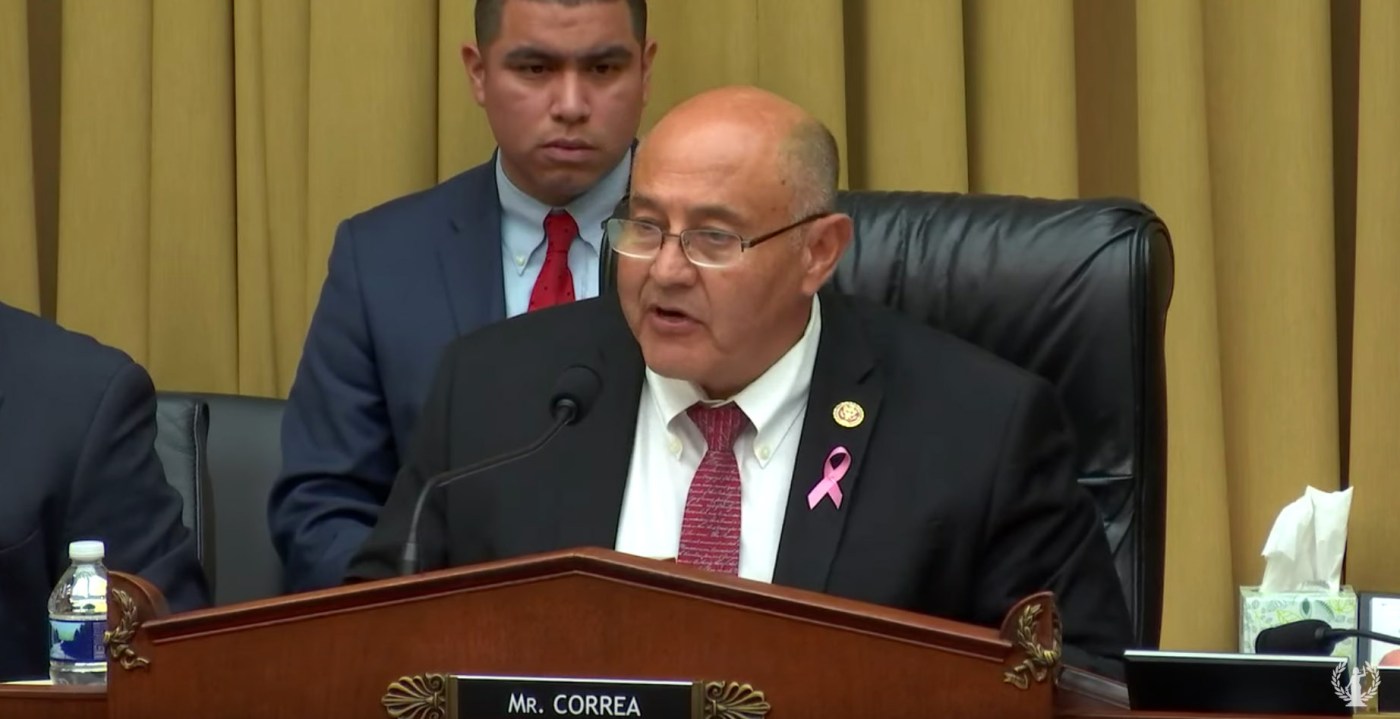 The plight of non-citizen U.S. military veterans who face deportation was discussed Tuesday during a Congressional hearing that examined the impact of immigration policies on active service members, veterans and their families.

The hearing came a week after the deportation of Jose Segovia Benitez, a long-time Long Beach resident and former Marine who fought for the U.S. in Iraq before running afoul of the law.

Most of the House members and witnesses who spoke during the Subcommittee on Immigration and Citizenship described a system that gives non-citizens the promise of expedited citizenship after military service, but often doesn’t follow through on that promise. Some of those military members, legal residents though not citizens, can then be deported if they are convicted of certain crimes.

“When foreign-born service members and veterans are willing to defend the United States, a country that they love, we have an obligation to uphold our promises, to provide for these patriots’ naturalization,” said Rep. Lou Correa, D-Santa Ana, who chaired Tuesday’s meeting.

“Regardless of where they were born, immigrant service members are Americans in every sense of the word,” Correa added.

Testifying before the committee, dressed in his military uniform, was one such immigrant veteran: Hector Barajas-Varela, an Army paratrooper who grew up in Compton and was deported after serving 3 ½ years  in prison for firing at an occupied car in 2002.

“I am not proud of what led to my deportation. But I’m proud of my military service,” testified Barajas, who created the Deported Veterans Support House in Tijuana while he lived there. The organization offers services and support to deported veterans.

In Southern California, another local veteran is now looking for a pardon from California Gov. Gavin Newsom.  Long Beach resident Benitez, 38, who last week was sent to El Salvador, a country he had not seen since he was 3 years old.

Segovia’s supporters note that the Marine, who was honorably discharged in 2004, suffered a traumatic brain injury during combat in Iraq and post traumatic stress when he came home.

“He knows no other home other than the United States. Now, he fears for his life in El Salvador,” testified Jennie Pasquarella, director of Immigrants’ Rights for the ACLU of Southern California.

Segovia and other veterans who are serve prison time in the United States should be allowed to move on in their adopted country, supporters said. Otherwise, Pasquarella said, they’re being punished twice for the same crime.

“It’s as if they’re serving a life sentence,” she testified.

“The first punishment …is the actual criminal sentence itself,” Biggs said. “The deportation is applicable to any person who is in the country that is not a citizen who is engaged in criminal conduct. That is not a second penalty. That’s a penalty that comes from failing to obtain citizenship.”

In Segovia’s case, Biggs noted that his convictions include “corporal injury to a spouse for which he received an eight-year  sentence, assault with a deadly weapon, and false imprisonment.”

Segovia, who now is El Salvador and recently was released from a jail where he was held upon his arrival in that country, served about four years on the eight-year sentence, which included the domestic violence charge against a then girlfriend. His attorneys argue that the charges against him were overstated and should have been misdemeanors instead of felonies. They also said they are seeking to reopen his deportation case.

Experts testifying before the committee noted that law changes in 1996 and more recent policy changes have made the promise of expedited naturalization for military veterans more difficult to attain.

Laws enacted by Congress in 1996, for example, expanded the list of crimes that are defined as “aggravated felonies,” adding crimes like misdemeanor theft, writing a bad check and failing to appear in court to the likes of murder.

The law created “lifetime bars to naturalization and mandatory deportation,” said Pasquarella, of the ACLU. “One mistake can equal a lifetime of banishment, with no exceptions.”

Others argued that policies making it harder for people to earn citizenship by serving in the U.S. military can weaken national security.

“The destruction of programs that have allowed for rapid military naturalization severely inhibit our nation’s military readiness,” wrote retired U.S. Army Lt. Col. Margaret Stock, in her statement to the committee.

Stock spearheaded a program known as Military Accessions Vital to National interest (MAVNI), which recruited asylum seekers, refugees and others with specific language and other skills useful in the military. That program was abolished in 2016.

“The current Administration has created Kafkaesque barriers to timely military naturalization and has increased its efforts to deport military members and their families,” Stock wrote.

The ACLU left the committee with a series of recommendations, including redefining “aggravated felonies” and restoring the ability of immigration judges to consider military service when weighing a potential deportation.

Correa said the topic is neither a Democrat nor a Republican political issue, and that some of the problems described during the 2 1/2-hour hearing predate the Trump administration.

“This is about America,” Correa said. “It’s about keeping our commitment to our veterans and making sure that no soldier is left behind.”