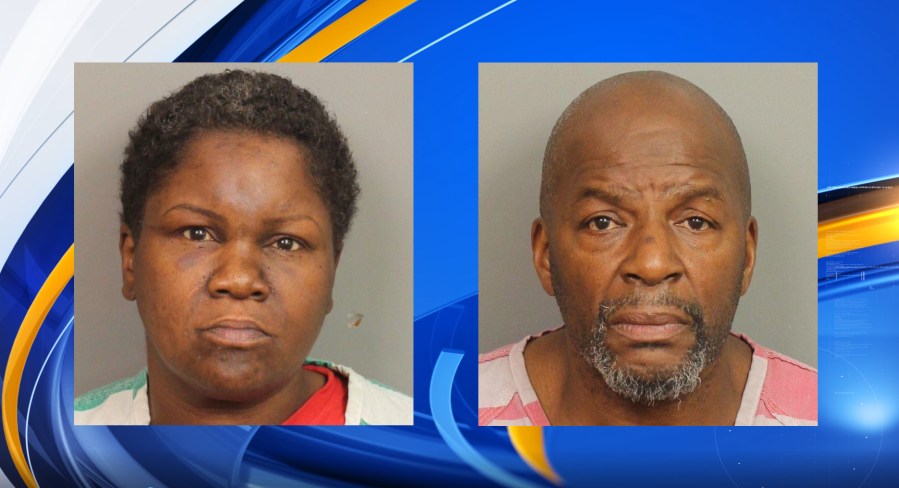 BIRMINGHAM, Ala. (WIAT) — Two people have been charged with the murder of a man found dead in someone’s backyard Monday night.

Micia Gamble, 45, and Gregory Peck, 59, were both arrested and charged with the murder of Tim Darius Gamble, 21, who was found dead by law enforcement Monday at 716 Ave H.

“Upon arrival officers discovered the victim in the back yard of the residence lying on the ground unresponsive beside a vehicle,” a release from the Birmingham Police Department stated.

The preliminary investigation suggest the victim was involved in an ongoing domestic dispute with his mother which escalated.

Both Gamble and Peck are being held at the Jefferson County Jail on $75,000 bond.