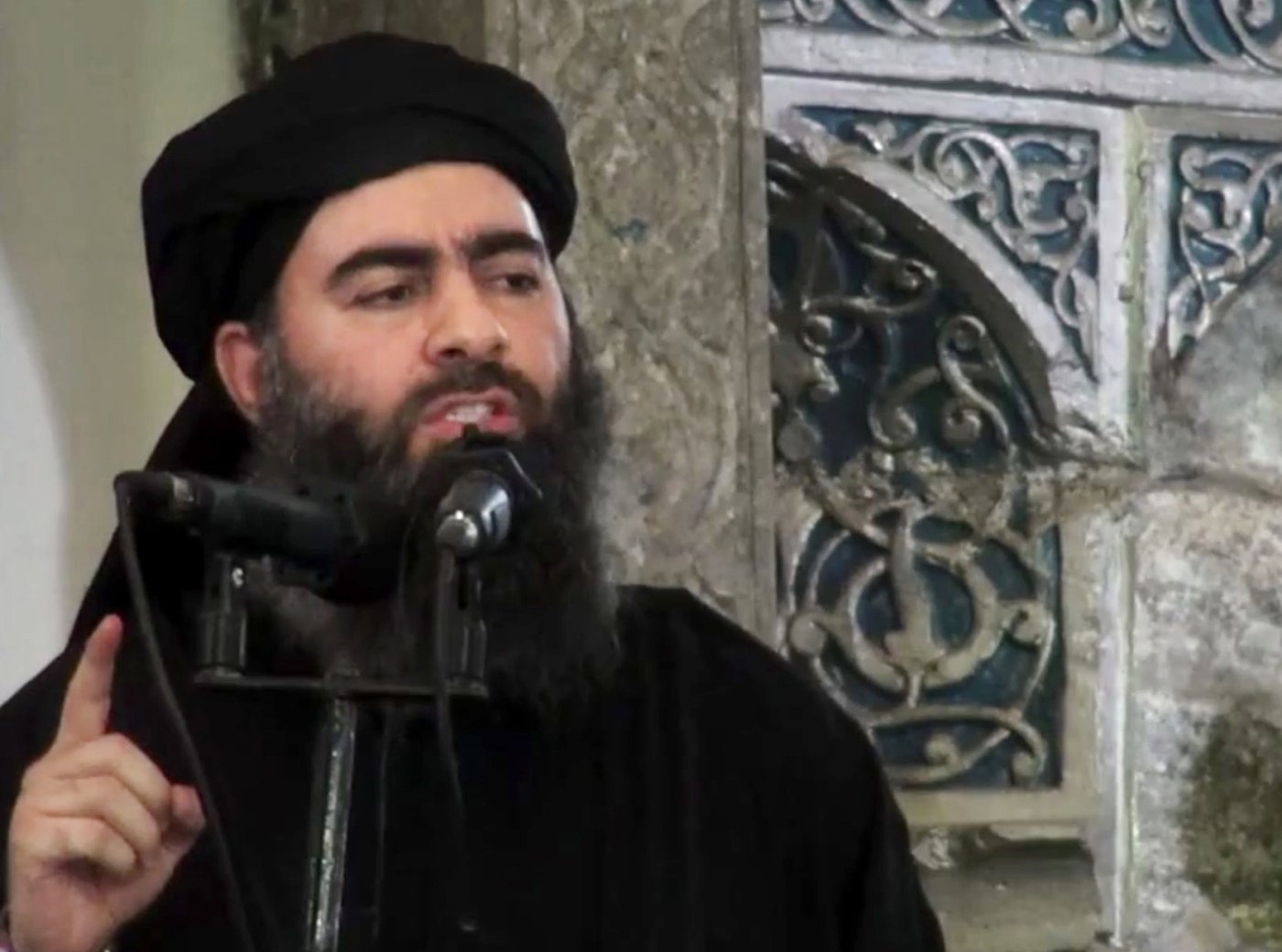 WASHINGTON — Abu Bakr al-Baghdadi, the shadowy leader of the Islamic State group who presided over its global jihad and became arguably the world’s most wanted man, is believed dead after being targeted by a U.S. military raid in Syria.

A U.S. official told The Associated Press late Saturday that al-Baghdadi was targeted in Syria’s Idlib province. The official said confirmation that the IS chief was killed in an explosion is pending. No other details were available.

President Donald Trump teased a major announcement, tweeting Saturday night that “Something very big has just happened!” A White House spokesman, Hogan Gidley, would say only that the president would be making a “major statement” at 9 a.m. EDT Sunday.

The strike came amid concerns that a recent American pullback from northeastern Syria could infuse new strength into the militant group, which had lost vast stretches of territory it had once controlled.

Al-Baghdadi led IS for the last five years, presiding over its ascendancy as it cultivated a reputation for beheadings and attracted hundreds of thousands of followers to a sprawling and self-styled caliphate in Iraq and Syria.

He remained among the few IS commanders still at large despite multiple claims in recent years about his death and even as his so-called caliphate dramatically shrank, with many supporters who joined the cause either imprisoned or jailed.

His exhortations were instrumental in inspiring terrorist attacks in the heart of Europe and in the United States. Shifting away from the airline hijackings and other mass-casualty attacks that came to define al-Qaida, al-Baghdadi and other IS leaders supported smaller-scale acts of violence that would be harder for law enforcement to prepare for and prevent.

They encouraged jihadists who could not travel to the caliphate to kill where they were, with whatever weapon they had at their disposal. In the U.S., multiple extremists have pledged their allegiance to al-Baghdadi on social media, including a woman who along with her husband committed a 2015 massacre at a holiday party in San Bernardino, California.

With a $25 million U.S. bounty on his head, al-Baghdadi had been far less visible in recent years, releasing only sporadic audio recordings, including one just last month in which he called on members of the extremist group to do all they could to free IS detainees and women held in jails and camps.

The purported audio was his first public statement since last April, when he appeared in a video for the first time in five years.

In 2014, he was a black-robed figure delivering a sermon from the pulpit of Mosul’s Great Mosque of al-Nuri, his only known public appearance. He urged Muslims around the world to swear allegiance to the caliphate and obey him as its leader.