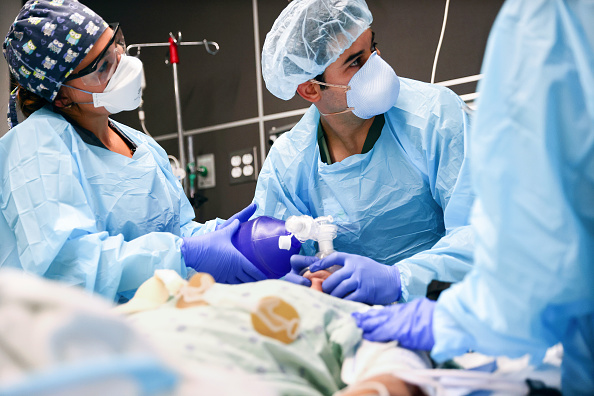 COVID-19 hospitalizations are beginning to look like they are plateauing in Alabama, according to health officials from the University of Alabama at Birmingham.

They say one of the reasons for the leveling off also marks a grim milestone. And they’re still concerned there could be a second Delta peak.

September 15, ADPH reported 2,325 COVID-19 inpatients across Alabama. The state hasn’t reported numbers that low in over a month. August 10, the state reported 2,256 cases.

Health officials believe this is the result of two different factors. First, they are noting a decline in new cases.
But the second factor is one Dr. Sarah Nafzinger with UAB says people don’t like to talk about. She says the number of patients that have died is one of the reasons hospitalizations are lower.

While she believes the state could have reached a peak in cases she says there are still many unknowns. She is concerned by the number of children who are being hospitalized.

“What we don’t know yet is the effect of all these pediatric cases, new positives, and the question is?ipid=recirc_two are these children going to be at home with their parents, their other caregivers, their grandparents and pass that infection and is it going to lead in a second peak in Delta,” Nafzinger said.

She attributes the rise in pediatric cases to kids going back to school.

Nafzinger says masking and getting the COVID-19 vaccine remain the best ways to slow the spread of the virus and she urges people to continue taking safety measures to protect themselves.