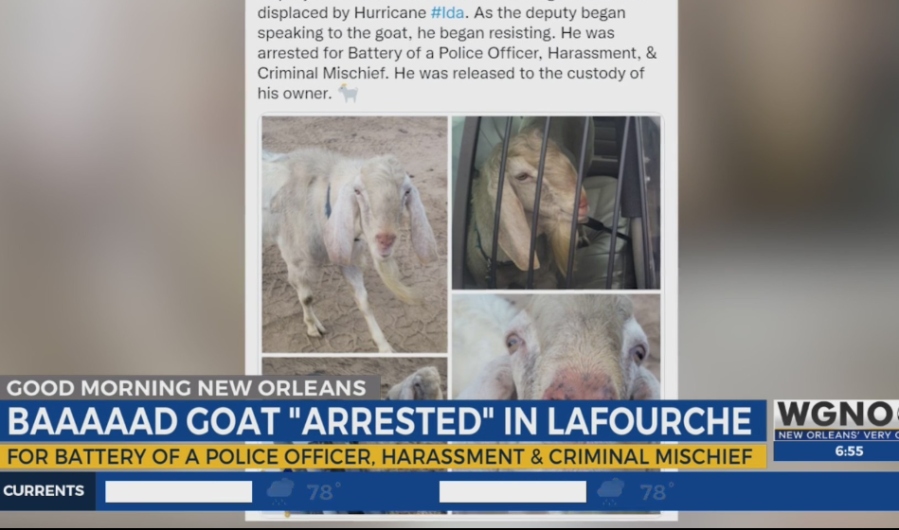 LAFOURCHE PARISH, La. (WGNO) — The Lafourche Parish Sheriff’s Office is getting some retweets after posting to their official Twitter page that they’ve “arrested” a goat.

The goat was then “arrested” for battery of a police officer, harassment and criminal mischief before being released into the custody of its owner.

According to the tweet, Deputy Michael Jenkins of the Lafourche Parish Sheriff’s Office encountered a displaced goat in the weeks following Hurricane Ida. When trying to reason with the goat, it began to resist.