Why The Most Successful Projects Are Running An IEO


Fundraising for your startup or blockchain-based project can be quite a hassle. If thinking about raising capital via Initial Exchange Offering (IEO), feel free to contact Eloisa Marchesoni, Giovanni Casagrande and/or Giacomo Arcaro, founders of Blackchain International Ltd., an international STO/ICO/IEO consulting, promotion and fundraising firma.

Blackchain is cooperating with 10 out of 15 most highly regarded IEO platforms, helping to turn projects from all around the World from plain good to outstanding amazing.

Anyone interested in cryptocurrency, recently has heard about IEO, which indicates the launch of a project token sale directly on a crypto-exchange. In short, this is an ICO, in which one or another exchange acts as a guarantor and launchpad.

The last token sales of this kind proved to be successful and were beneficial to all three participants in the process: projects, investors, and the exchanges themselves.

For projects, at the moment, it is a secure way to raise the necessary funds in a short period of time.

For exchanges, it is a way to attract new traders, create positive buzz, as well as an additional source of income and sales of their own exchange tokens (usually, in fact, in order to invest in a particular project, investors should participate in a so-called lottery system by purchasing and then paying for winning tickets in the exchange native token).

For investors, IEO is the opportunity to purchase tokens and either resell them later for a short-term profit, or strategically “HODL”.

In this article, we will explain: 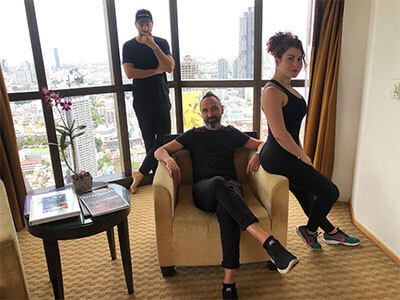 The project preparation structure for entering IEO is largely an overlap to ICO preparation and the general tendencies of successful projects are clearly visible:

This is what a project should have in place before even trying to attract any investments.

In the crypto industry nowadays, almost no one believes in abstract ideas and sophisticated concepts. A project needs at least an MVP, which speaks for itself better than any words written down in any paper.

(Not so) Hard Cap

The days when projects aimed to raise tens of millions of dollars are long gone. Now, the average hard cap for a single IEO rarely exceeds $5 million and, being that an increase in the number of projects willing to raise funds in such a way is to be seen in the next months, this figure will decrease. Both soft and hard cap need to be backed by a very clear and understandable reasoning. Higher fundraising targets can still be reached; in fact, we mustn’t forget that tokens are often sold in combined rounds, some of which private, and that it is possible to use a Multiple Initial Exchange Offering scheme (MIEO), thus leveraging the raise from an IEO to run the next one and so on.

Usually, most of the White Paper, at least in the primary form, is written by the team and the founders of the project, but it is a big mistake to not show it to or correct it with professionals of the field. Aside from the White Paper, this especially applies to the technical papers, which include tokenomics, financial projections and assumptions, overall structure, project disclosure, market analyses, etc.

Any exchange will lead serious due diligence on the project, since it risks its reputation by issuing the project’s token on its IEO launchpad, and that is exactly why all your materials (White Paper, Pitch Deck, One-Pager, website and anything else that will be publicly accessible) should be impeccable, clearly understandable and as attractive as possible.

At this point, we will list elements you should especially pay attention to while working on the White Paper:

As has been done with current clients who are getting ready to launch an IEO with the help of Blackchain, we first craft White Paper and other basic materials, keeping in mind the importance of creating a model in which the token demand will still be hot after the conclusion of the sale of tokens on the exchanges. This will assure that the excitement around the project will not die off after the exchange listing process, on the contrary, starting a new wave of hype, which will force all those who did not have time to buy tokens during the IEO to do it later on (also referred to as FOMO, standing for Fear Of Missing Out).

Legal Scrutiny of the Case

Many exchanges ask projects to run a preliminary legal study of the case, which includes the assurance given by a professional lawyer that the token involved in the sale actually is a utility. In addition, each exchange may have its own specific legal requirements, meaning that you may have to go through the procedure again, but with the recommended/trusted legal advisers of the exchange.

Complying with all the requirements of the exchanges taken into consideration for launch is not enough, as there is also an important aspect that must be considered: an additional marketing and growth hacking campaign.

It is difficult to talk about general and standard conditions that exchanges use to analyze projects, as conditions may greatly vary and depend on the project details. In some cases, an interest (percent of sold tokens) in tokens is involved, while in others a listing fee and interest in tokens are both requested for.

As in the situation with the standard listing on the exchanges, many of them can be approached through their partners and agencies working with them. This does not guarantee acceptance of the IEO, but at least it will help to get feedback from representatives of the exchange, which will not take too long or remain unanswered. Since we know how important it is for a project to rely upon the support of a trusted partner of the exchange, Blackchain has signed direct agreements with the most reliable exchanges, from the biggest to the smallest ones, in order to offer tailored solutions for its clients.

The best exchange for IEO is still Binance among other few ones like Bitforex, Bitfinex, Idax, OKEx or Huobi. Exchanges should be chosen in terms of: size of user base; level of reach of the user base; maximum and minimum time until total sale of tokens in past IEOs; increase in value of the issued tokens in past IEOs.

Our experience with the exchanges suggests that, especially under conditions of increased competition, the stronger the marketing of the project, the better and the more likely it is to get accepted by a top-tier exchange.

Marketing is still necessary, and we advise to secure the following:

It is better to start social networks in advance, step by step, revealing essential aspects of the project and team, as well as technological updates. Among other things, it is necessary to create engagement of existing subscribers, communicating with them on Facebook, Twitter, LinkedIn, Telegram, and Medium.

Community engagement means attracting users from dedicated platforms, as well as hype generation around the project on different forums, Telegram chats, Reddit threads, Medium blogs, Bitcointalk threads and so on. By properly working with these platforms, very good results in terms of the growth of user base can be delivered for the project, building a good foundation for further work on the future promotion of IEO. This is what we like to call “virtuous cycle of marketing”.

IEOs are at the tip of the hype climax right now. A huge number of exchanges are preparing to rely more and more on this method of attracting investment for projects. IEO has its advantages and disadvantages, and, like any other positive behavioral phenomenon resulting in a speculative “bubble”, IEO will also have a recession sooner or later. Nevertheless, at this time, IEO has all chances of becoming one of the standards for fundraising for the crypto industry and all exchanges are following the trend, some as leaders and some as late-comers.

We, at Blackchain, will follow the development of the situation and keep you updated. If you have any questions or want to consult on IEO, feel free to get in touch with the team, which has proven itself to be one of the strongest in the STO, ICO and IEO market.

The three of us and our partners will help you in any way possible!