‘Why would people be laughing at this, of all things?’ Tennessee student speaks after getting heckled over grandmother’s death 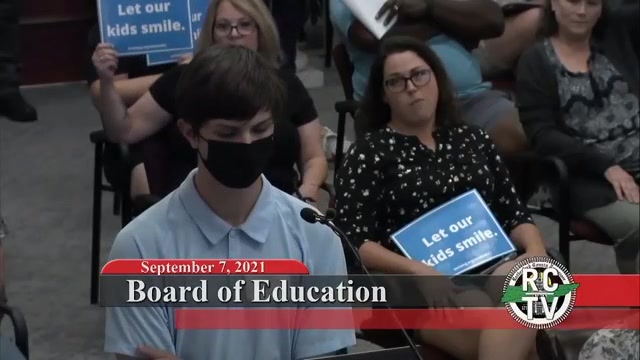 RUTHERFORD COUNTY, Tenn. (WKRN) – The student who was heckled at a school board meeting in Rutherford County last week when talking about his grandmother who died from COVID-19 is reflecting on the experience.

“We did get a mask mandate passed so that I and a lot of my friends were really proud that we were able to accomplish that,” said Grady Knox who attends Central Magnet School. “I feel like overall, this experience has been for the better.”


Huntsville ER Doctor on monoclonal antibody treatment: “Be your own advocate”

A video of him went viral as he spoke in favor of a mask mandate during a school board meeting. As he talked about his grandmother, who he said died as a result of the virus because someone didn’t wear a mask, he was heckled as people laughed and interrupted him from the audience.

“Whenever people started to say things I kind of didn’t connect the two things because I was like, why would people be laughing at this, of all things?” Knox recalled. “I knew that I just shouldn’t address them because they would just feed off of that and heckle me more. And so I knew that the best thing to do at the moment was just to wait for them to calm down. And then I’d be able to finish what I wanted to say.”

One of his biggest concerns was that a lack of masks could cause the virus to spread further and contact tracing led to quarantines, which led to having no instruction at home and depleted the quality of their education.

“That’s not the education that we deserve,” he said.

Knox explained he wanted to share the story about his grandmother, a former RCS teacher, to help people understand what’s at stake during a debate over masks in schools.

“She was really caring. She was really sweet. We always would go to her house after school, and she would take care of us,” he remembers of her. “I just knew that there’s no way that I could risk anything like that with not wearing masks and bringing COVID…. carrying it everywhere. It’s just not something that anyone should be willing to risk.”

Since the incident, the school board has apologized to Knox for his experience.

“I was really glad that they spoke out about it because they need to set a precedent that this is not how our school boards should be run. We shouldn’t laugh at people for any reason in this kind of meeting,” Knox said. “There should be a standard of professionalism that’s held at those kinds of meetings whenever people are trying to actually share what they’re trying to share.”

He added that a couple of school board members also came to his school to discuss what happened.

“They came and talked to us about how glad they were that we were getting involved at such a young age, and telling them what we want because they hear from parents all the time, and other teachers, but they don’t get to hear from students a lot,” Knox said. “They told us exactly what we were hoping: that hearing from students really meant something to them because we’re the ones that are impacted by their decisions.”

Knox shared how COVID-19 had impacted his education for the past 18 months and that he wanted to return to a sense of normalcy.

“I just hope that people see that if we just wear masks and get vaccinated, then maybe in the near future, we’ll finally be able to have that normalcy that we all really want without risking and putting people in danger,” he said.