1.65 billion BitTorrent Tokens worth $1.04 million transferred from an unknown wallet to Binance 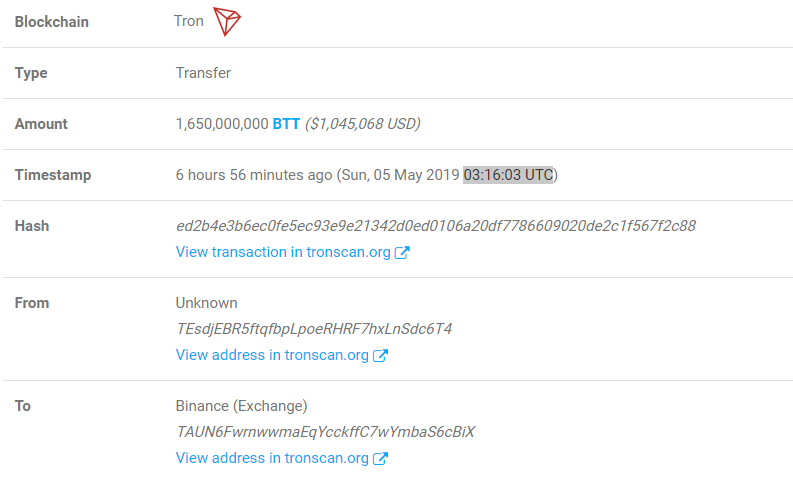 BitTorrent is a TRC-10 utility token based on the TRON blockchain to foster faster speed on the world’s largest decentralized application. In addition, the official website for BTT stated:

“BitTorrent Speed enhances the BitTorrent protocol for all users and all torrent clients. BitTorrent (BTT) tokens can be bid in exchange for faster downloads. Tokens will be stored in a built-in wallet and can be exchanged for TRON (TRX) tokens through a decentralized exchange.”

The token is listed on a few prominent exchanges in the space, including Binance, Bittrex, OKEX, Huobi HitBTC, and Bithumb, among others. BTT, at press time, was priced at $0.0006 and had a market cap of $131 million. The token was ranked 50 on CoinMarketCap.

“Someone planned to unload his BTT airdrop at binance coz that’s the shit coin ??”

“No Justin, don’t dump on your followers..”

Akash is your usual Mechie with an unusual interest in cryptos and day trading, ergo, a full-time journalist at AMBCrypto. Holds XRP due to peer pressure but otherwise found day trading with what little capital that he owns.