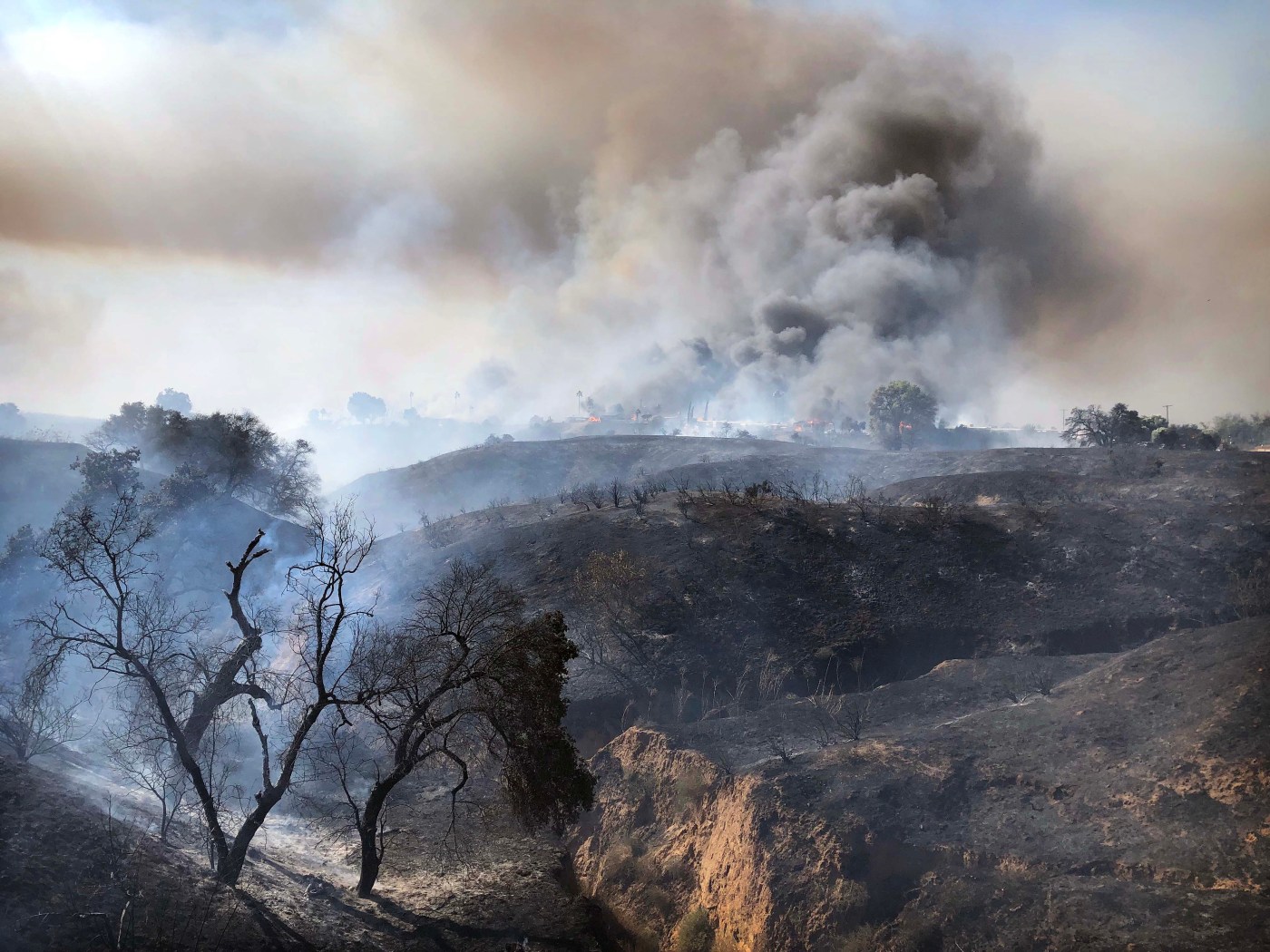 The Sandalwood fire, as it’s been dubbed, began as a vehicle fire at about 2 p.m. Sandalwood Drive and Seventh Street, near the I-10 exit ramp, said Cal Fire/Riverside County Fire Department. Heavy winds in the area picked up the flames, quickly spreading to nearby vegetation and into the Villa Calimesa Mobile Home Park. Five residences were destroyed.

The fire was 0% contained and was continuing to spread as of 4 p.m., threatening the nearby railway and power grid.

Among those affected by evacuations were residents in the Villa mobile home park where paramedics handled numerous medical emergencies, Cal Fire/Riverside fire said.

Students and staff at the nearby Mesa View Middle School also had to clear the area.

Mobile homes continue to burn as firefighter battle a fire in Calimesa pic.twitter.com/j6Lldd5mAo

While some students at the middle school were picked up by their parents at the 2:15 p.m. final bell, about 160 remained behind because their parents could not get past roadblocks, said Cali Binks, superintendent of the Yucaipa Calimesa Joint Unified School District.

This map shows where the Sandalwood and Reche fires are burning

As a result, three buses were sent to the school to pick up the students and take them to Calimesa Elementary,Everyone was safe, and the school did not catch fire, Binks said.

Students were bused from the middle school to Calimesa Elementary School, Herrera said.

Six Cal Fire air tankers and eight water-dropping helicopters were called to the scene. At least 50 firefighters were working the incident.

We are providing free access to this article.Please consider supporting local journalism like this by purchasing a subscription: 99¢ for a 13-week trial offer.