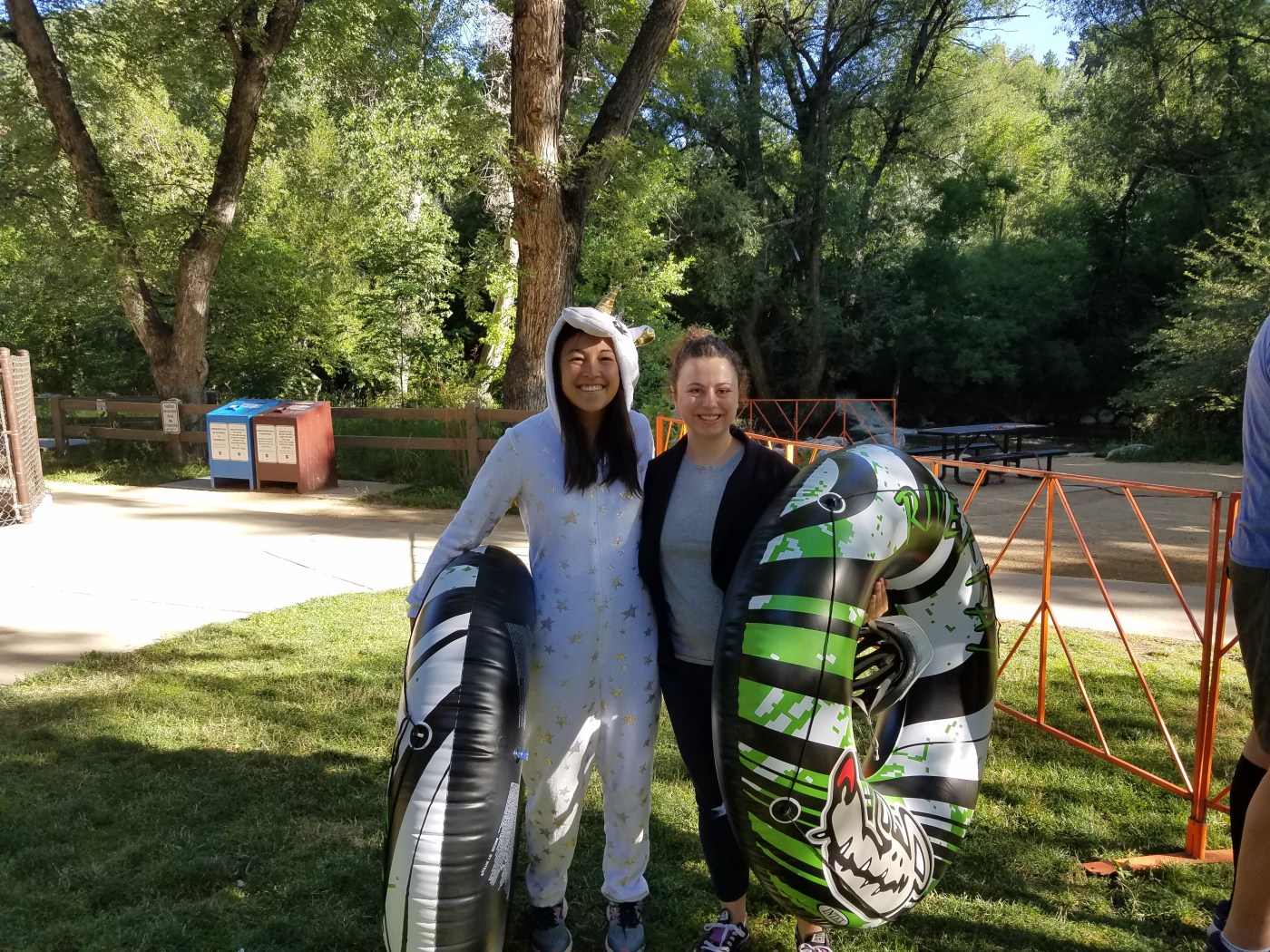 It was wet. It was fast. And it was not too cold.

That’s my first unpopular opinion on Tube to Work Day. As someone who grew up playing in creeks in the winter and northeastern lakes in the summer, Boulder Creek wasn’t too bad.

But eventually I began to shiver. Perhaps this wouldn’t have happened had I gotten out at Broadway for the extravaganza at Central Park, which is what I was supposed to do.

Instead, I stayed on, unsure that was where I should make my exit. Besides, it didn’t seem like I had been on the water for that long, which is my second unpopular opinion. I want more tube time.

Not as much as what I did get, though. By the time I asked someone and realized I was far past where I should be, I had flipped three times, had a scratchy throat and runny nose, thoroughly bruised my tailbone, and my teeth were starting to chatter.

Through all the falls and tree branches in my face and water spewing up my nose (and a bit in my mouth — I hope I don’t get beaver fever), I carried on in good spirits lifted by those around me.

If everyone always acted like the tubers on Tube to Work Day, I believe the world would be a much better place. People weren’t mad when I bumped into them, completely unable to control my direction. They pulled me out of corners and back to the current. They asked if I was OK when I fell. It is, I believe, the few hours of the year where a true utopia exists in this world.

(My tube partner Cassa Niedringhaus agrees, but because of the bacon lowered to tubers from the bridge.)

But back to the story. Before entering the creek, I confidently told Cassa I was determined not to fall off the tube. How hard could this (bleep) be?

Narrator: It would be very hard.

I was naively excited. As I entered the flowing creek, alongside a bunch of Google bros, I was only slightly startled by the temperature. I can do this, I thought.

Narrator: She could not do this.

Away I went. My butt kept hitting rocks, but I’ve had worse injuries.

I don’t remember exactly how it happened, but at some point there were “rapids.” (I use quotations because I have no idea if more skilled people would consider them rapids, but as this was my first time tubing, I sure as heck did.)

Suddenly, I was in the water, and my tube was yards away. “No, my tube!” I shouted, but to no avail.

I started down the bike path along the creek, walking down the trails to its rocky shore like a child searching for a lost cat.

Like a Tube-mas miracle, I found it, washed ashore next to a photographer who told me it had just shown up.

I trudged further up the creek, determined to win back at least a bit of the tubing mileage I had lost. Surely, that would be my one big fall.

Narrator: It would not be.

I felt euphoric. I had persevered, found my tube and now I was floating on my way.

Then another set of rapids. I fell off, but managed to firmly hold onto my tube’s ropes. This time, though, struggling over oddly-shaped rocks tested my already-torn ACL. I felt my kneecap shift and give way a little, but thankfully no blinding pain followed. If my orthopedic or physical therapist are reading this, I know I shouldn’t have gone tubing, but I’m not sorry.

Shortly after, I arrived at a section of creek where many people seemed to be leaving and congregating. But no, I thought, it couldn’t be over already. I should keep going.

Narrator: She shouldn’t have kept going.

I continued on, braving a few more rapids and getting stuck in a pool on the side of the creek that kept a few of us circling round and round, until we finally got sucked into the water’s flow again.

I would fall one more time, this time in a relatively deep portion of water that made me worry for a moment that I would actually drown (I refused to wear a life vest the same way I refuse to wear a seatbelt. Don’t @ me). I lost my tube, but a good Samaritan saved it for me and brought it ashore a bit further up.

But utopias don’t exist, at least not forever. I finally learned we had long passed the main exit point, so I floated ashore and trudged my way to the park. I think I’ll come back for the utopia next year.