Aaron Van Blarcum travels to poker tournament sites but mostly to play cash games. He might have to rethink his future plans now that he’s a World Poker Tour champion, having taken down the WPT Legends of Poker at the Bicycle Casino in Los Angeles on Wednesday for $474,390. 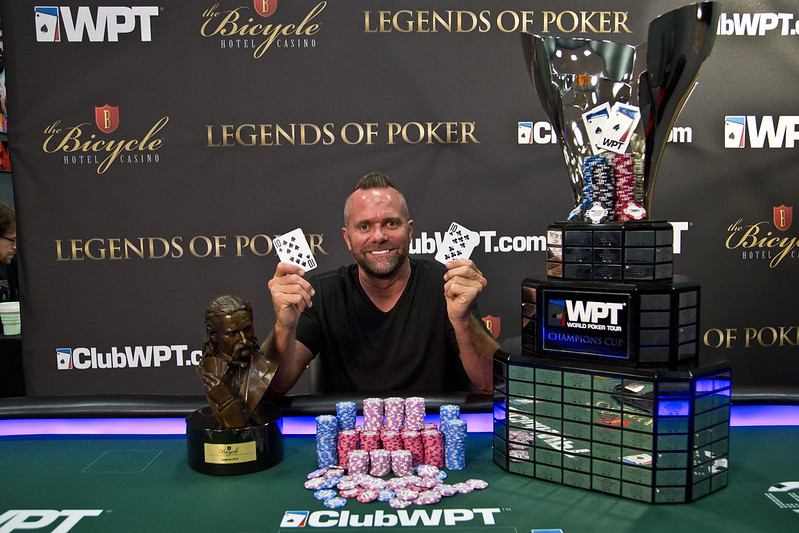 The World Poker Tour is in its 18th season – the first started way back in 2002. Roger Teska took down the first event of the season at the Gardens Poker Festival, also in Los Angeles, last month. Van Blarcum is the season’s second champion and, with 1,200 points earned, grabbed the early Player of the Year lead.

The 2019-2020 WPT season is going more global than ever before. With events in the United States, Germany, Canada, Russia, and the United Kingdom, the World Poker Tour is becoming an international poker tour.

The $5,000 buy-in WPT Legends of Poker began on August 31 and had 520 entries. By the time it was complete on Wednesday night, Aaron Van Blarcum was the only player left who still had chips in front of him.

Van Blarcum defeated Gueorgui Gantchev heads-up for the title after his pocket 10’s held up against pocket fives. Both players were all-in pre-flop and saw the board run out Q-8-4-3-2, no help to Gantchev who took home $306,265.

Jared Griener, the most accomplished live tournament player with over $1.7 million in cashes, finished in third place, earning $226,040 for his efforts.

Up Next for the WPT

Season XVIII of the World Poker Tour is moving across the country. The next stop is Atlantic City, New Jersey for the $3,500 Borgata Poker Open on September 15.

After that, the tour remains in the northeast for the September 28 WPT at Maryland Live, also a $3,500 buy-in tournament. Then, the WPT is crossing the pond for the $3,500 WPT UK.