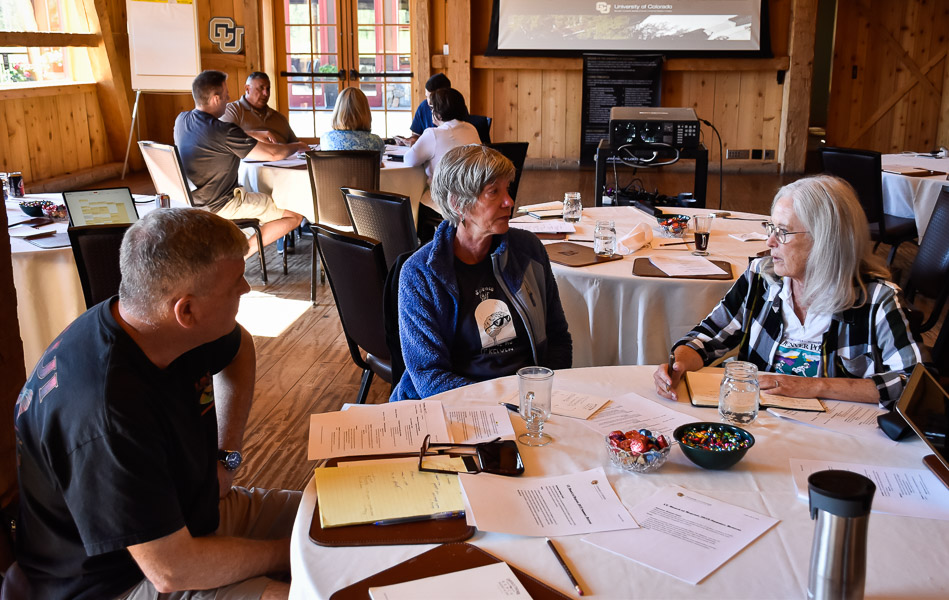 A racist altercation at the University of Colorado Boulder is raising questions across the CU system this week about how to address diversity and inclusion at every campus.

Since a video of a white woman yelling expletives and racial slurs at two black CU Boulder students studying on campus was posted to social media Sunday, campus and system leaders have called for investigations and condemned the act.

But as student leaders press for action, CU Boulder and system officials are grappling with how to initiate widespread change.

In a list of demands presented to CU Boulder campus leaders, students with the Black Student Alliance wrote they wanted to see the university develop “a system wide initiative that names and condemns racism, racial profiling and all forms of white supremacy in any manifestation thereof.”

Regent Linda Shoemaker, who met with students after hundreds attended a State of the Campus meeting Tuesday, said racism is “absolutely” a systemwide issue.

“I think we need to hear from students about what we can do beyond good intentions,” she said. “I want the strategic plan that President Kennedy’s currently working on to emphasize the need for diversity and inclusion of all people and I’m not sure the current draft does that but I’m confident that it will be an important part of what President Kennedy needs to accomplish over the next few years.”

CU Boulder Chancellor Phil DiStefano told students, faculty and staff at the meeting Tuesday that he wanted CU Boulder to be a system leader in instituting change.

“I would like to work with students and staff and faculty and share what we’re doing with the other campuses, to do it in a collaborative way where they have a smaller (enrollment) than we do but they have similar areas of concern as we do,” he said. “What I need first is ideas coming from our students, staff and faculty and to set up the timeline to move these things forward quickly. To have a plan ready to go in the second semester.”

“…(We) have continually raised this as an issue with the strategic planning committee co-chairs as well as Mark Kennedy,” Addison said in an email. “Diversity, equity and inclusion must be a visible and clear commitment — as a public institution it should most certainly be one of our pillars — we find it remarkable that it isn’t.”

The strategic plan is currently three months into a year-long development process and includes three pillars so far: access, affordability and student success; discovery and impact; and fiscal strength.