AI-scripted Vs. Person-written: How To Get Most Of Your ICO Project White Paper


In recent years, a number of innovative capital forms for the use solely in the online environment have been developed. Those with the experience in finance are familiar with the term Initial Public Offering (IPO), but they may not know that the cryptocurrency world has introduced a similar term, too.

Simply defined, ICOs are open calls for funding created by entrepreneurs and companies to collect funds from investors through cryptocurrencies. Essentially, they operate as a basic crowdfunding model, and their popularity gained them the status of one of the hottest trends in cryptocurrency.

Many ICOs have been extremely successful at raising money from investors; in fact, ICO funding started to attract significant amounts of money in 2016 when they collected $228 million but by the end of 2017 the figure increased to $2.6 billion. 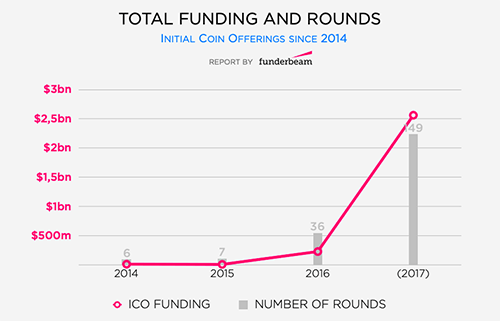 A lot of people were impressed by these incredible stats, and the figure continues to increase today (in fact, ICOs are quickly expanding to well-known companies in diverse industries). In this article, we’re going to talk about an essential part of the ICO process called “a white paper,” which is a special document that describes the technology of the proposed project.

With cutting-edge technology such as artificial intelligence (AI) making its way into this field, we have already seen an AI-powered system writing a highly technical paper without any assistance from humans. But the question about the effectiveness of human writers vs AI still stands. So, let’s review the latest evidence on that so you know how to make the best choice.

To make their ICO a fundraising campaign successful, developers need something to present to potential investors. That’s where white papers come in, as their main purpose is to provide:

While there’s no universal formula for the outline of an ICO white paper, these are the essential parts that every paper must-have. Without them, it would be extremely difficult for potential investors to make an informed choice of whether to provide money for the project. Naturally, not a lot of them would be willing to open their wallets to invest in something lacking proper market research and solution description.

If the white paper doesn’t grab the attention of potential investors and explain the benefits of reading it to the end, chances are that the project won’t get funding. This sounds like something that can be done only by a human writer, agree? Well, as I’ve mentioned in the introduction, AI has already produced this kind of work. How was that possible?

The AI Experiment by Clay Space

Clay Space, a well-known blockchain researcher, has recently conducted an interesting experiment that he later published as an article on his personal blog (we’re going to use it for comparison with human-written white paper later in this article). According to him, he “fed AI 100 crypto white papers” and it was able to come up with the summary. After reading this white paper (which, by the way, was edited by a human for clarity), it becomes clear that it’s not as bad as one may think.

It has a simple structure consisting of the introduction, problem description, uses for the token, “purchasing KYC in the ICO,” use of raised funds, and the description of the team involved in the project. Each section is very concise and provides a summary of the main idea for the reader.

According to Space, the AI-powered system that produced the paper had no proper knowledge of cryptocurrency or ICO paper guidelines. This is amazing because the technology covered the essential ICO white paper areas and even mentioned a number of unique qualities of the proposed cryptocurrency, KYC. Clearly, AI can write white papers for ICO projects and capture the essential information needed for investors.

While reading the paper, it becomes clear that the AI system had a good idea of what it was describing, which points to a question: should people go to AI for their ICO white paper writing needs? Or human writing is still the best option?

To answer this question, one needs to think about the main purpose of the ICO project white paper, which is to grab the attention of potential investors and explain why they should provide money for the project. Most of the white papers are mostly technical in nature and often exceed 20 pages in length, which makes the task pretty difficult to do.

“This, of course, requires the writer – be it a human or an AI-powered system – to come up with an appropriate structure to make the document accessible and easy to navigate,” explains Mark Bledsoe, an AI expert from Trust My Paper. “This task becomes easier to complete by AI because the outline for white papers contains mostly the same sections.”

Here, AI may actually be almost as effective as a human writer because there’s not a lot of creativity required to complete this section.

However, looking at Space’s paper, it becomes very clear that the outline, while giving a clear idea of the information contained in the sections, is still fairly simple. Basically, it’s a bullet list with six points, which is very reader-friendly, but can become a risky strategy in the case if a project is complex and requires a thorough explanation.

On the other hand, a human writer can come up with all kinds of complex structures and make them as reader-friendly as possible (there are also white paper templates that human writers can use). For example, take a look at the table of contents of Monetha’s white paper below. 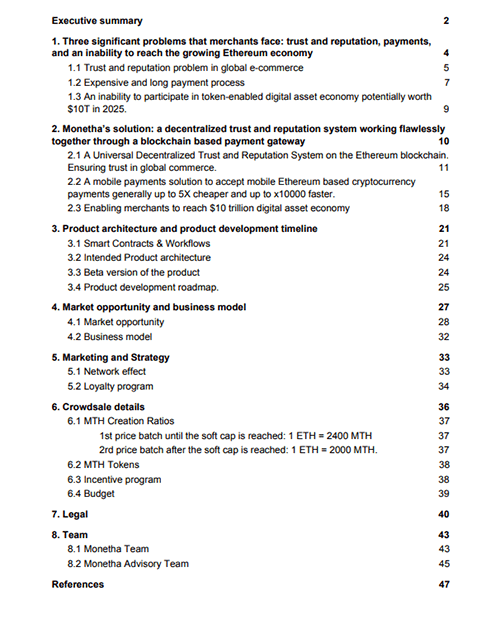 Obviously, it’s much more complex than the one written by AI, and the navigation is fairly simple thanks to clickable sections and subsections and that allow to go a certain part of the document within seconds. Besides, the outline has the essential parts and adds some new as well as a lot of subsections to make it more detailed.

However, if AI can write a simple structure needed for an ICO white paper, writing other sections is a little bit different. For example, the description of the problem will definitely be done by a human writer because the investors might need the paper to contain market research showing that the problem truly exists and the proposed solution is perfectly suited for mitigating it. If you take one more look at the structure of the Monetha’s white paper above, you’ll notice that the writer has dedicated five pages to describe three problems that the solution might help to solve.

These five pages contain research completed by the writers to prove the need for a solution like Monetha, which resembles the structure of a scientific article where scholars describe the latest research on the topic and define an under-researched problem. In fact, the writer has completed diligent research and included visuals to explain current payment processes and highlight the need for a solution like Monetha. 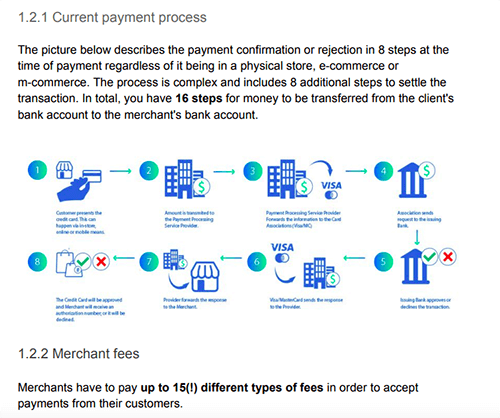 At this point, AI can’t come up with such quality of analysis that could be as focused and rich in evidence. “It’s reasonable to assume that the technology will get to the point where it’ll be able to produce high-quality research to support the solutions described in white papers,” David Edelman, a cryptocurrency expert and a writer from Studicus, agrees. “But it’s clear that going with a human researcher or writer is a better idea at this point.

At the same time, it should also be noted that in the Space’s case, the AI system has also done a great job as a researcher, as it scanned 100 papers to select the information for the final version of the document.

Next, let’s take the one where the financial matters are described as an example. While some investors may be satisfied with a concise description like the one written by AI in Space’s experiment (see below), others may require a more detailed explanation of where their money would be directed.

For example, a human writer will be able to provide a much more detailed explanation of the project’s finances, how exactly they are going to be distributed, when the sales will commence, etc.

Next, a detailed technical description of the project as well as the development roadmap. For example, a human writer is able to provide as many details as required for investors to make sure that they understand the technical part of the project; the abovementioned white paper by Monetha, for example, even contains charts, graphs, and tables to illustrate the functionality of the product, which is a reputation system (the one below shows a sample workflow depicting a purchase and claim process and its effect the trust rate of the parties involved). 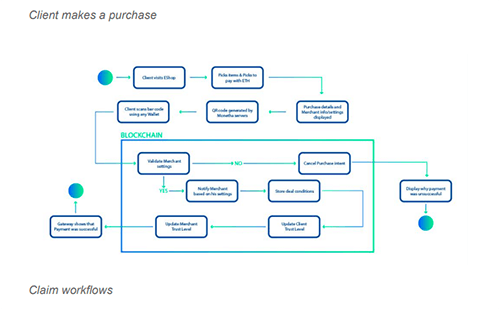 Also, many investors request a working plan for 12 months or even longer to ensure that the development team has a clear vision of the future of the project. Moreover, if some tasks on the roadmap have already been completed by the team, the development plan may also mention that, thus showing that the initiative is worth considering.

So How to Get Most of Your ICO Project White Paper?

AI has done a pretty good job at analyzing 100 papers that Space fed it to produce a single-page white paper. Read that paper and becomes clear that the technology knew what it was doing, so chances are high that AI-written ICO project white paper might become common sooner than we think. However, having reviewed human-written papers, it becomes clear that going with this option can give you a higher chance to win over the investors and get the money you need for your solution.