Altcoins get their tails up: Bitcoin SV pumps by 7% over the hour as TRON breaks into top 10


The battle between Altcoins and the mighty Bitcoin may never end. For the moment however, it looks like the minority has a leg up.

Coming to the end of what has been a tumultuous week for Bitcoin, the altcoins closed on a high. Despite the market dominance of the king coin holding strong at over 65 percent, several altcoins are trading well into the green, with two notable standouts. 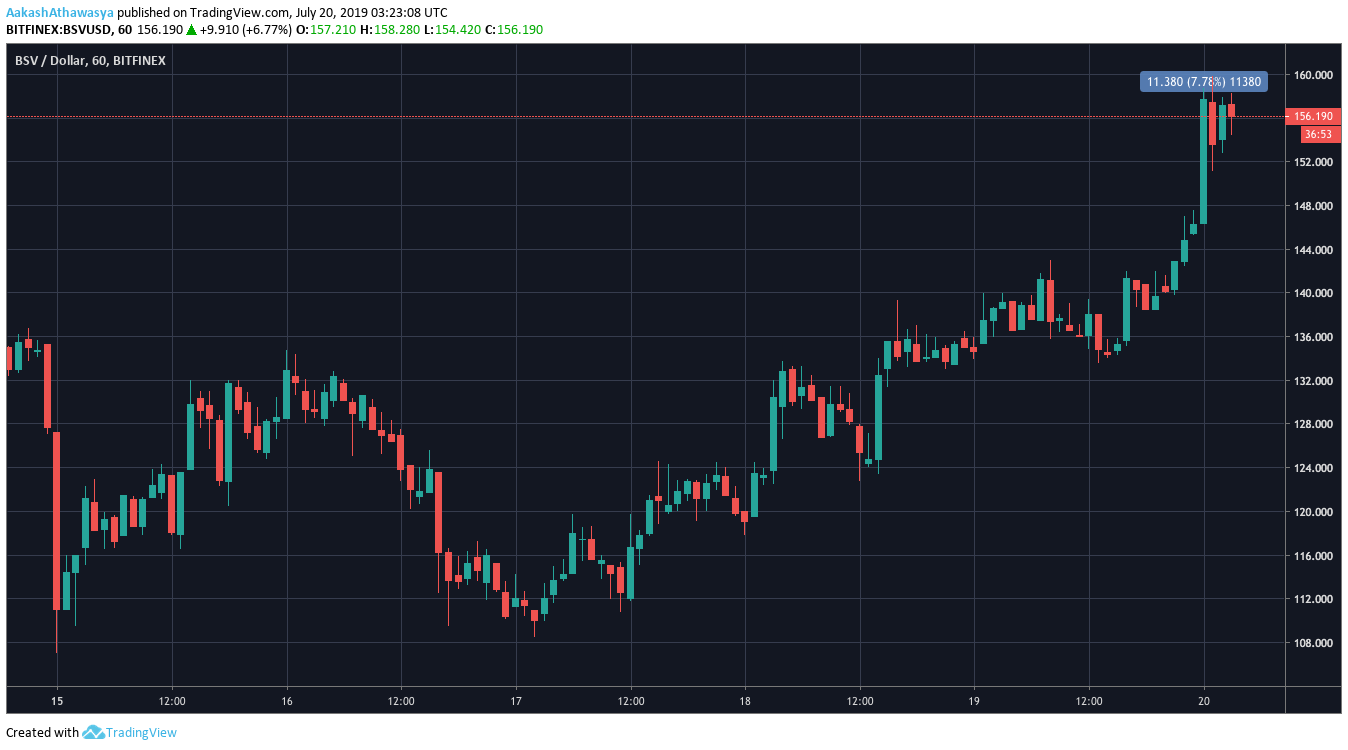 The much-lambasted cryptocurrency, Bitcoin SV [BSV], pumped by 7.87 percent over the hour, and at press time, was recording a whopping 13.12 percent price rise over 24 hours.

The price rise may be attributed to the addition of 5 BSV trading pairs on DRIVE Markets. According to a press release from the platform, spot trading in BSV/USD, plus deposits and withdrawals for BSV will be initiated. Trading will be rolled out with Bitcoin [BTC], Ethereum [ETH], Litecoin [LTC], XRP, and Bitcoin Cash [BCH].

CoinBene and OKEx remained the top-traded BSV exchanges, with 14.61 percent and 9.52 percent of the 24 hour trading volume, respectively. 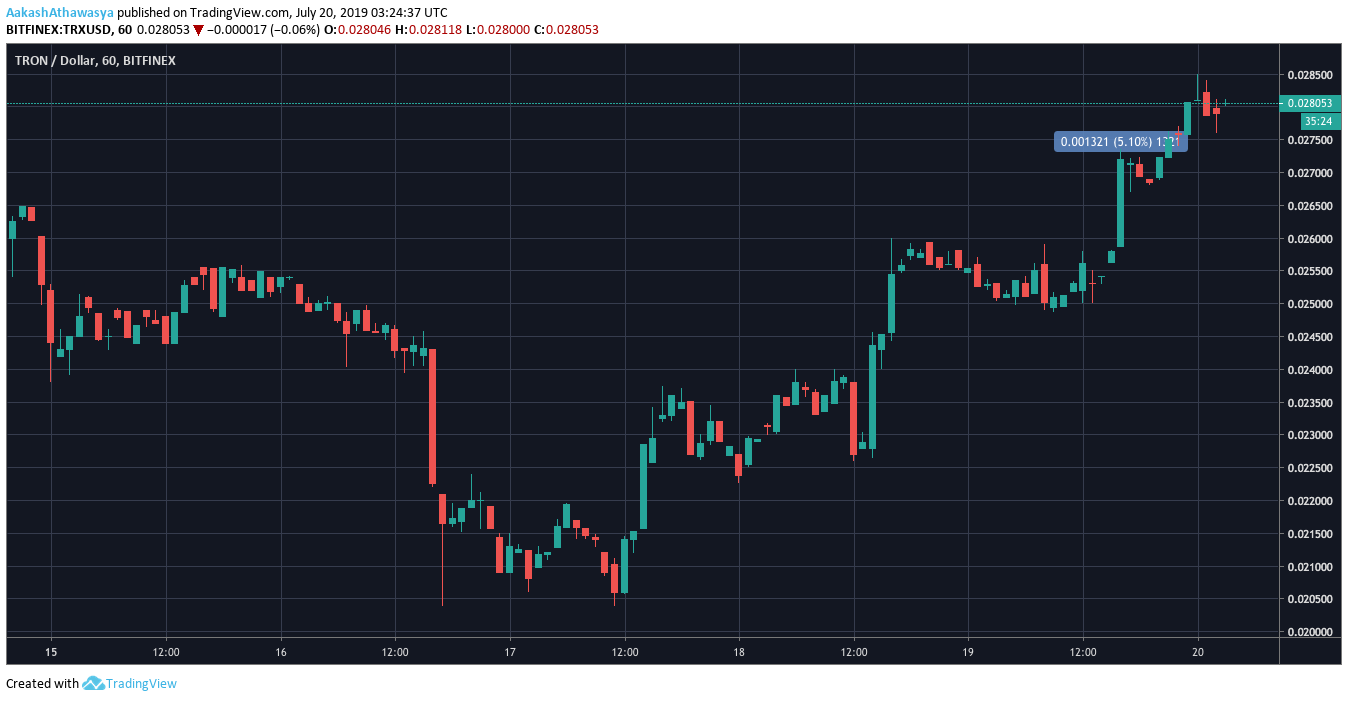 The other notable standout in the market was Justin Sun’s TRON [TRX], which pumped by 5.18 percent over the hour on the back of two important announcements. First, Sun on July 19th, announced that the incentive plan for TRC20-based USDT of around 30 million had been implemented and all addresses will be eligible to receive a “proportional reward.”

Second, the much-hyped lunch with Warren Buffett is a week away, and another crypto-proponent has joined the ranks. Jeremy Allaire, CEO of Circle, accepted Sun’s invitation on Friday, leading many in the industry to opine that the Tron CEO is going with a much more nuanced professional approach to tackle the Oracle of Omaha in San Francisco on the 25 July.

The market cap of the coin was $1.85 billion, ahead of XLM by under $25 million. BW.com and OKEx were the top traded TRX exchanges, with 10.52 percent and 10.06 percent of the trading volume, respectively.