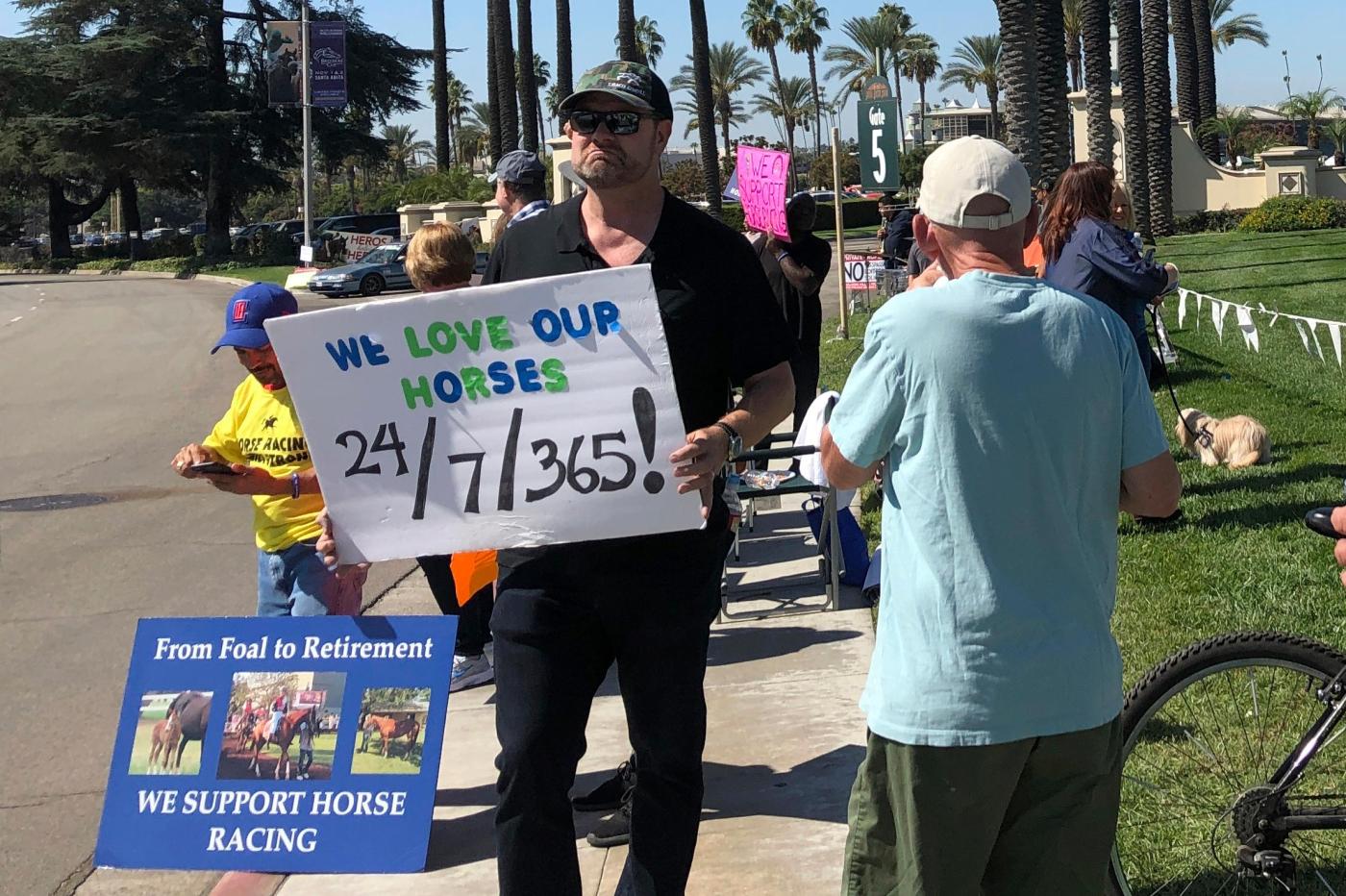 ARCADIA, Calif.  — Richard Mandella experienced the highest high and lowest low at Santa Anita on Saturday, with Omaha Beach successfully winning his comeback after a six-month layoff while another of the trainer’s horses died of a suspected heart attack.

Hours earlier, Ky. Colonel dropped dead after a jog on the training track, Mandella confirmed to The Associated Press.

It was the 33rd horse death at the track, and second in Mandella’s barn, since December.

“It was devastating,” Mandella told the AP by phone. “I can only remember one other heart attack in 40 years of training.”

Ky. Colonel, a 5-year-old gelding, had five wins in 20 career starts and earnings of $138,505. He last raced in May at Golden Gate Fields in Northern California. He was owned by Preston Madden.

Ky. Colonel returned to Mandella’s barn about 10 days ago after being turned out at a farm for some rest, the trainer said. The gelding wasn’t involved in a timed workout when he collapsed.

“I wish I knew the answer,” Mandella said.

Ky. Colonel will undergo a required necropsy to confirm the cause of death.

Later, Omaha Beach’s victory earned him an automatic berth in the Breeders’ Cup Sprint next month over the same track.

Mandella said that besides the BC Sprint, the BC Mile and the BC Classic are also under consideration for Omaha Beach.

Earlier in the day, about 50 workers and supporters of horse racing rallied outside the track’s main entrance.

They toted signs expressing their love of horses and support for the jobs and lifestyle the industry provides in California. Passing motorists honked and waved in support.

Protesters have trod the same ground in recent months to criticize the deaths of 32 horses at the track since December and urge that the sport be abolished. However, none of them was among the pro-racing crowd at the rally, where a five-piece band played and trainer Doug O’Neill delivered tacos for lunch.

“Just want to be a voice of how proud we are of our horses and our jobs and our lives,” said O’Neill, who trained Kentucky Derby winners I’ll Have Another in 2012 and Nyquist in 2016. “Trainers, grooms, hotwalkers, exercise riders, we’ve chose this as our career. It’s very important to keep our voice very much alive and at the forefront.”

O’Neill said he expects more such rallies or as he called them “celebrations.”

“There’s so many workers both frontside and backside that just feel paralyzed,” he said. “Having these kind of celebrations where we can all talk together and be with each other and really show that we are truly the backbone of the business, this is the reality, the love, the passion.”

O’Neill and others holding signs expressed dismay that protesters have been heard more loudly than those who participate daily in the industry.

“We know what our issues are,” said Christine Sanchez of Lake Forest, who has owned racehorses and is now a breeder. “We’re not just sitting back.”

James Corral, a retired jockey who rode 11 years on the Southern California circuit, said he wishes the protesters would better educate themselves on the issues.

“I would like them to know a lot more before they announce and promote,” he said.

Dallas Keen, a 62-year-old trainer who has been involved in racing for most of his life, said he supports the reforms instituted by The Stronach Group, which owns Santa Anita.

“People are being extra cautious now as maybe they weren’t before,” he said. “These horses get the best life any animal could have.”

“I’ve been doing this over 30 years and I’ve never seen one thing of animal abuse,” he said. “If there was an accidental fatality due to abuse, that’s one thing. We got hardworking people that have chosen to care for horses for their livelihood and we’re getting hit over the head. It doesn’t add up to me.”