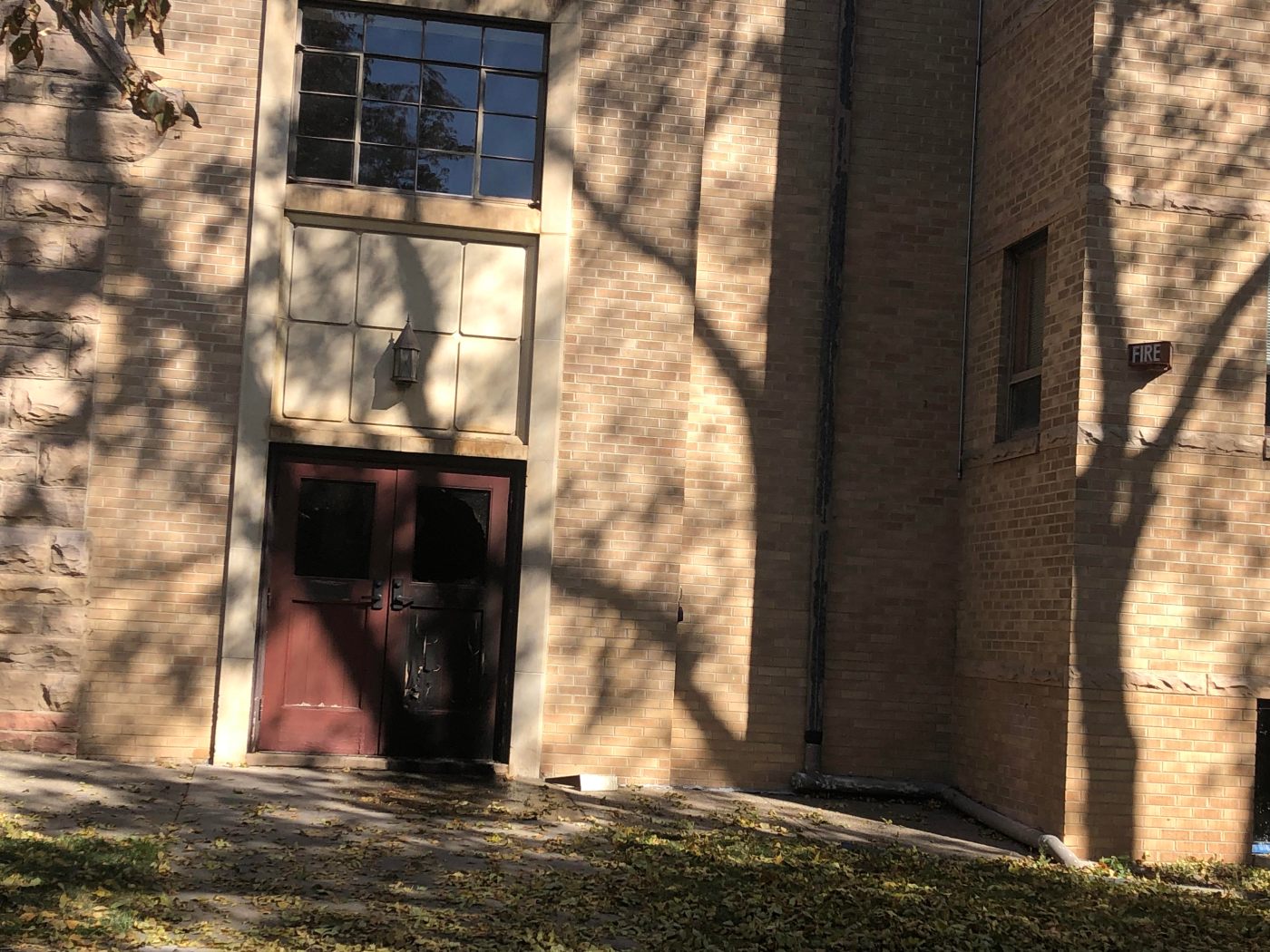 A man suspected of starting a fire at the Central Longmont Presbyterian Church early Sunday was arrested Tuesday evening, according to the Longmont Police Department.

Cassidy Cole Moroney, 34, has been charged on suspicion of first-degree arson in connection with the church fire, which caused more than $5,000 worth of damage. Moroney was arrested without incident and was transported to the Boulder County Jail, according to a Longmont police news release.

“We appreciate everyone’s assistance with getting the suspects photo out to the public,” Satur stated in the release. “The tips that came in helped us resolve this case.”

Police had been looking for the suspect in the arson since Sunday morning, and had widely distributed his photo seeking the public’s help in identifying him.

In the wake of the fire, nonprofit programs and church officials said repairs were underway.

The church’s pastor, David Barker , sent an email Monday to congregants and nonprofit programs, Reentry Initiative and Recovery Cafe, which are housed in the church’s building at 402 Kimbark St. Barker explained that recovery efforts and communication with insurance adjusters had begun, emphasizing that the church was undeterred by the act.

“We cannot help but feel saddened and violated by this event but, speaking for the church leadership and staff, I will tell you that we have every intention of continuing our work and witness without pause, including worship and celebrating our 150th anniversary this coming Sunday,” Barker wrote.

According to Barker, church surveillance footage captured the suspect, believed to be Moroney, “casing” the church for several hours before he started the fire, using a can of gasoline as an accelerant. Fortunately, Barker said the church’s sprinkler system helped control the blaze, limiting damage to the to the doors, foyer and stairwell just inside the south entrance.

Recovery Café, which is housed in the basement of the church, experienced water damage, from the sprinkler system. Lisa Searchinger, the nonprofit’s executive director, said the program hopes to resume full operations Thursday and asked people to check the program’s Facebook page for updates.

Recovery Café, provides classes, lunch and group sessions to those struggling with addictions. Through Wednesday, Searchinger said they were distributing sack lunches and meeting with members outside of the church. Classes and group sessions will resume when repairs are complete.

Searchinger described the fire as “unfortunate,” but said damage “could have been worse.”

Less than an inch of water soaked the basement area, though fortunately, Searchinger said the program’s office space was not damaged. Lyons-based CARE Restoration has been working to dry things out so the program can resume full operations this week.

“They are working overtime to make sure we can open as quickly as possible,” Searchinger said Tuesday.

Searchinger also commended church staff for working with program officials to get things back on schedule.

The second floor of the church is home to the Reentry Initiative, a nonprofit that helps prison inmates transition back to the community.

Deborah Simmons , co-founder of the Reentry Initiative, said the second floor was not damaged in the fire. She said the program would continue normal hours of 9 a.m. to 5 p.m. Monday through Friday.

Both Simmons and Searchinger said they do not believe the person involved in the arson is part of either of their programs.