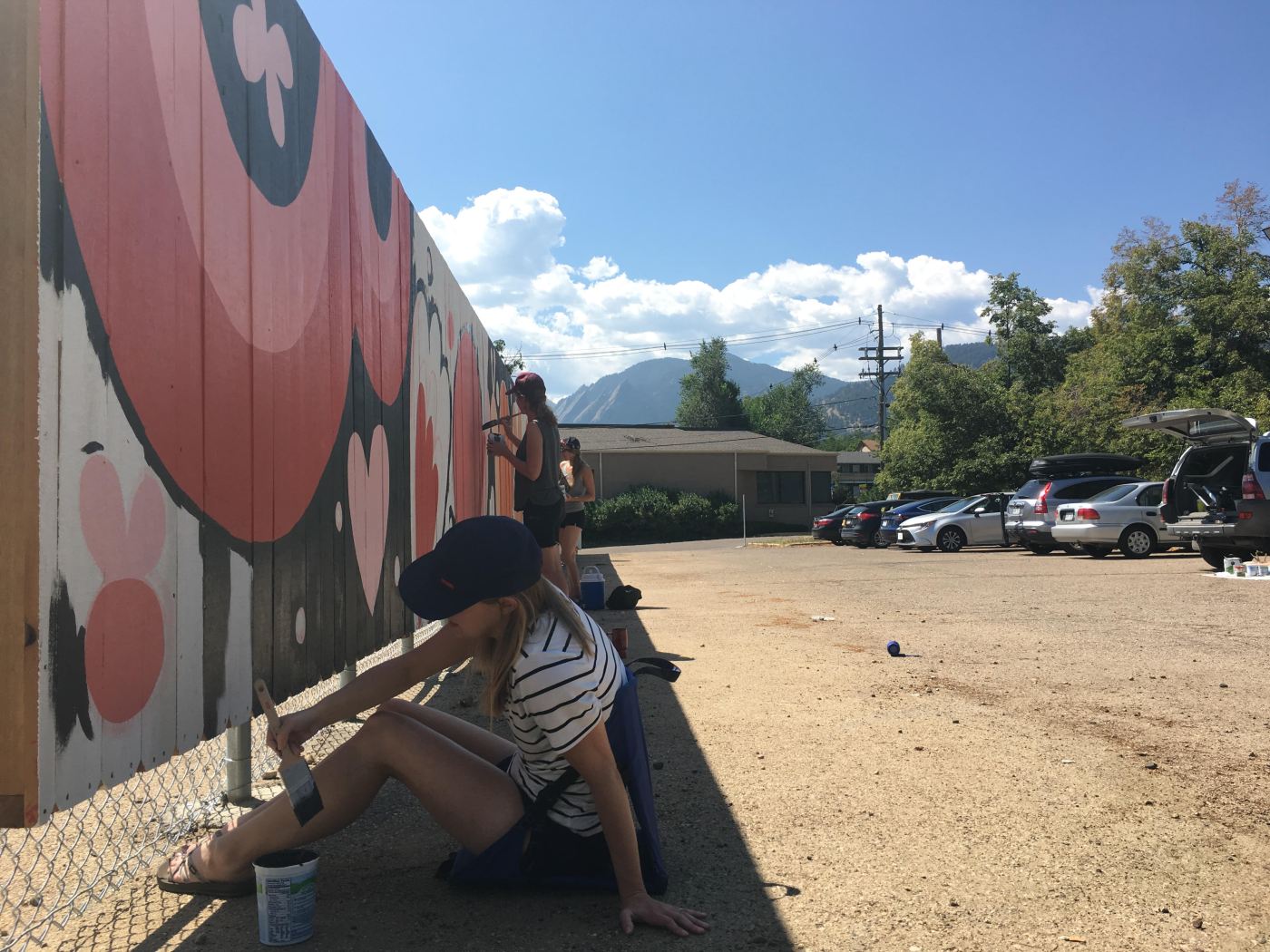 Boulder’s Office of Arts and Culture is transforming the deconstruction of Boulder Community Health’s former Broadway campus into an art haven with the help of six Colorado artists.

In an effort to enliven the onetime location of BCH and to visually enhance the disassembly of the 99-year-old hospital, the city commissioned each artist to paint a mural along the fence encircling the project.

The artists, who began their projects in the first weeks of August, will gather at the southwest corner of Balsam Avenue and Broadway on Monday evening to paint and talk about their art in an event entitled Mural Monday.

The project kicked off at the beginning of August with the work of Boulder-based painters Jason Graves and Remington Robinson. Since then, the majority of the artists have joined in in their pursuit of bringing life to the fence, a pursuit said to be completed by September.

The decommissioning of BCH started in May, after the city gained full control of the site. Although the Medical Pavillion will remain intact for future use, city council determined that the hospital building had “extensive physical limitations” and “does not provide a strong relationship to the street or surrounding community”. After an analysis was conducted regarding the potential reuse of the hospital, it was deemed that the project would not be cost-effective and that decommissioning would ensue instead.

The site is scheduled to be redeveloped within two years. The project, dubbed the Alpine-Balsam Area Plan, will be developed into a “multi-generational hub for community life and local government services”.

According to one of the commissioned muralists, Allie Ogg, the concept of the murals was to add beauty in the midst of the destruction of the historic hospital building.

“I wanted to turn the blight of the deconstruction of the hospital into something that is beautiful and interesting for the city,” Ogg said. “Something that people could come and see and enjoy the artwork for a few years while construction is happening.”

Ogg’s artwork, shown along the west-facing fence, will include rainbow-colored paintings of a multitude of animals.

“Since I’m from Fort Collins, it’s fun for me to have the opportunity to do something to share with the Boulder community,” she said. “I love the thought of turning something like a blank wall or parking lot into something that makes people happy.”

The muraled-fence will stand as long as the Alpine-Balsam Area Plan remains a work in progress.

Graves, Robinsons, and Ogg will be three of the six artists in attendance at Mural Monday, alongside muralists will include A.J. Davis of Broomfield, Heather Patterson of Johnstown, and Sam Cikauskas of Boulder.

What: Mural Monday
When: From 4:30 to 7 p.m. Monday
Where: Southwest corner of Balsam Avenue and Broadway
Cost: Free
Info: https://boulderarts.org/events/