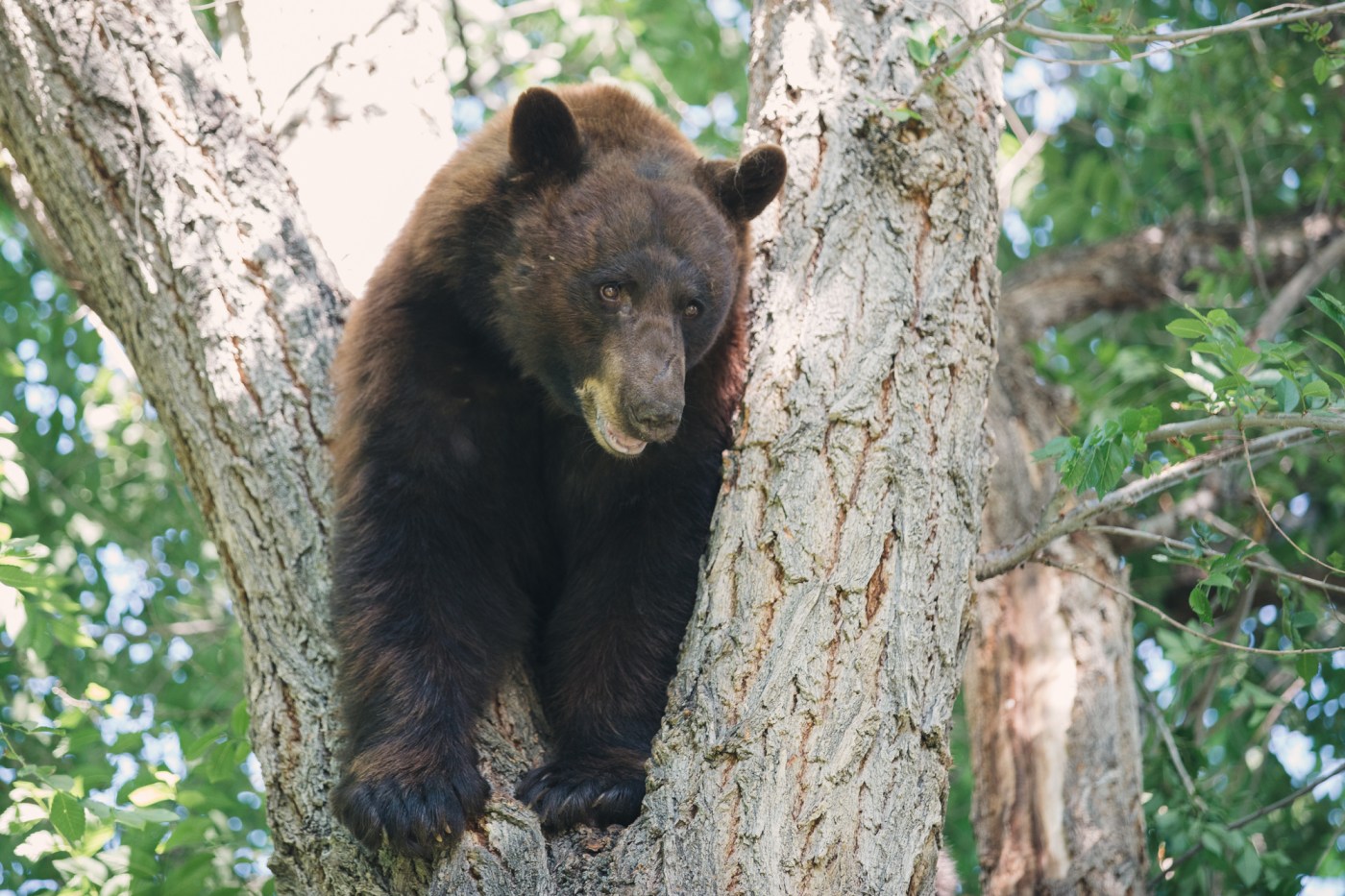 Bears demanded their fair share of headlines this summer, breaking into several homes and scrounging for food on campus at the University of Colorado Boulder. Two black bears were even found taking a swim in someone’s pool Wednesday afternoon in the 3000 block of Vista Drive.

However, just because Boulder got its first taste of winter on Thursday, does not mean the bears are headed in for the season. In fact, knowing they must eat roughly 20,000 calories a day before their long hibernation, bears are more active and aggressive now than any other part of the year.

“This time of year bears are focused on literally only one thing — trying to find as many calories as possible,” said Rebecca Ferrell, a spokeswoman with Colorado Parks and Wildlife. “Because they’re so fixated, they start to look for as easy a food source as possible and are much more aggressive to make sure they get everything they can from it.”

Valerie Matheson, the senior urban wildlife conservation coordinator for Boulder, said she saw 14 trash cans in west Boulder that were flipped over by bears on Wednesday night.

While this year was slightly above average in terms of the number of bear-related disturbances, Colorado Parks and Wildlife said the bear population has remained stable over the years, with roughly four to five visiting the city on any given day. The increase in incidents is because the population has begun to spread out as human development encroaches on the urban-exurban interfaces surrounding Boulder.

“Along the Front Range, we do now see bears all over the landscape and that is why we often say they are thriving,” Jason Clay, a spokesman with Colorado Parks and Wildlife, wrote in an email. “The vast majority are along the urban-exurban interfaces surrounding Boulder, but the bears venture away from the foothills/mountains and deeper into the metro area by following their noses and moving through the greenbelts. This year we have seen bears in Aurora, Parker, Mead, in between Platteville and Gilcrest and Broomfield right up to (Interstate) 25.”

Though no one knows exactly why the bear population spreading throughout the Front Range, Matheson said she believes it is because bears appear to be “getting used to human land uses and are learning how to navigate the system better.”

Clay said the high number of bear incidents this summer was simply due to the bears following their incredibly powerful noses, which can smell food up to 5 miles away, and the increased use of technologies like doorbell or home security cameras, which were detecting the animals passing the night when they otherwise would have gone unnoticed.

To avoid any unnecessary interactions with bears this fall or until they den in mid-December, Colorado Parks and Wildlife and Boulder urge residents to make sure there is no food or garbage left outside — including dog food, bird seed, even hummingbird feeders — and to request bear-proof trash cans from Western Disposal.

“This time of year, Colorado Parks and Wildlife fields dozens of calls each day regarding bears turning over trash cans, entering homes and showing little to no fear of people when looking for food,” said Mary McCormac, Colorado Parks and Wildlife interpretation and wildlife viewing coordinator. “The only reason we get so many of these calls is that people are being careless; not locking their doors, not securing their trash, keeping bird feeders out and generally not being careful when they know bears are looking for an easy meal. Living responsibly with bears is everyone’s responsibility.”