Ben Tollerene, known for his pot limit Omaha prowess, went a bit out of his element and won the £100,000 British Poker Open finale, a no limit hold’em tournament. 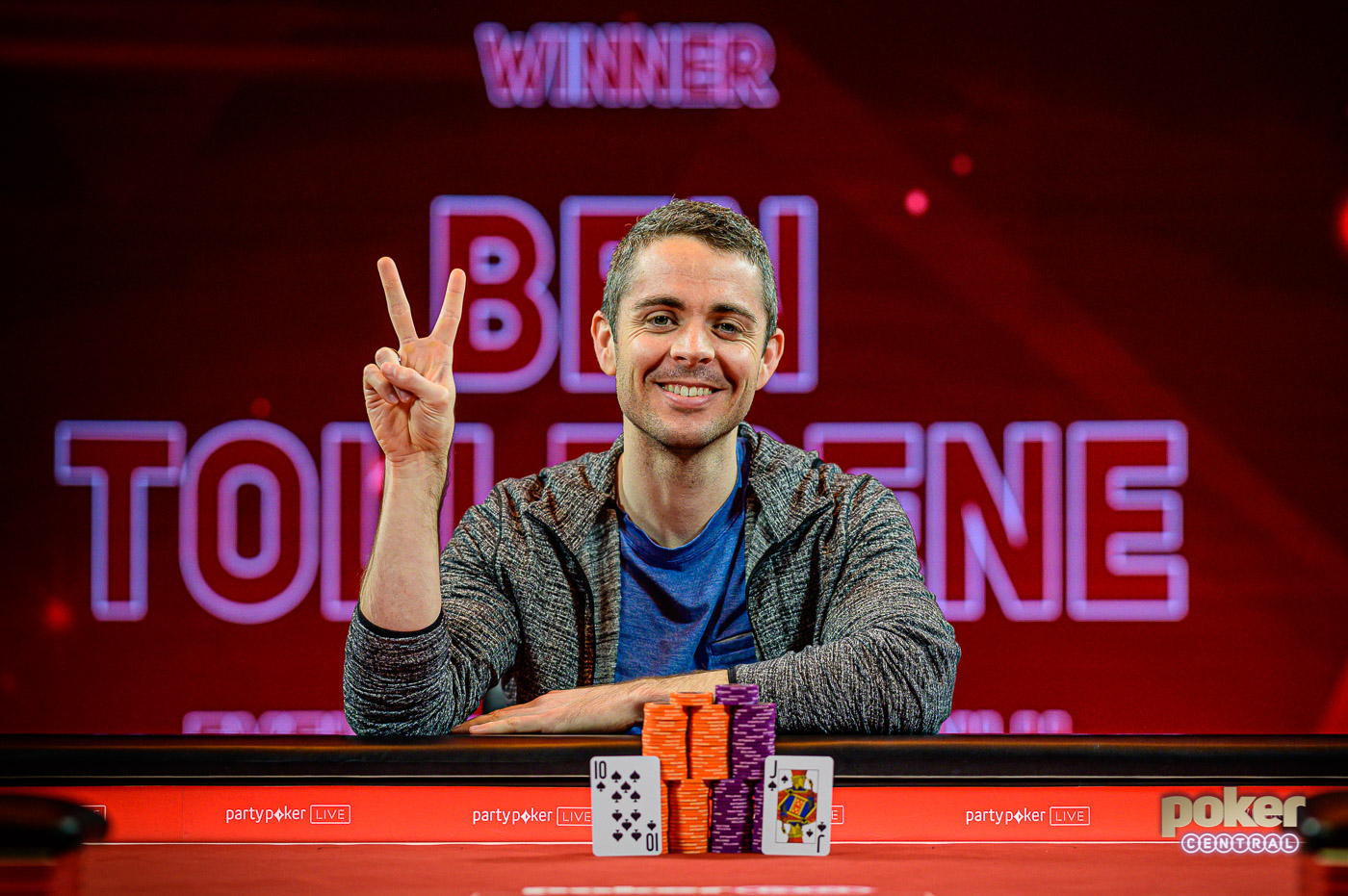 Tollerene won the 10th and final event of the series in London. He beat out another small field at the Aspers Casino, outlasting just 12 players. But he still took home a nice payday of £840,000. That wraps up a series mostly dominated by Sam Soverel and Stephen Chidwick.

Ben Tollerene Can Beat NLH Too

It’s a misnomer to think Ben Tollerene is only a top pro in pot limit Omaha. In fact, he’s been equally as successful at no limit hold’em tournaments throughout his impressive career.

Tollerene now has $9.4 million in lifetime cashes. That puts him at second all-time among Texans, ahead of David Williams ($8.7 million) and just behind TJ Cloutier ($10.4 million). He also has nearly $3 million recorded in online poker earnings.

Many of Tollerene’s cashes, including on Friday at the British Poker Open, have come in no limit hold’em. And that might come as a surprise to those who view him as a PLO specialist.

Ben entered the final session with a small stack but quickly ran it up to an average-sized and then large stack. He got a bit lucky against Cary Katz during heads-up play. Tollerene won a race and then sucked out eliminated the Poker Central founder with J-10 against A-6 when he hit a straight on a board that ran out 9-6-Q-Q-8.

Katz didn’t go home empty-handed, however. He earned £360,000 for second place and was the only other player to finish in the money in this 12-player event. Mikita Badziakouski was the bubble boy after failing to hit a combo draw against Tollerene.

The inaugural British Poker Open is now in the books. It’s hard to call it a rousing success given the fact that only about 20 players entered the 10 events, on average. And there wasn’t much chatter on Poker Twitter about the series during play.

With that said, Poker Central still has one last opportunity this month to impress the viewers. The £250,000 Super High Roller Bowl London kicks off on PokerGo at noon ET on Friday. You can catch the entire event on live-stream from Aspers Casino. We’ll wait and see if this high roller event draws more attention – and players – than the British Poker Open.