The price of Bitcoin [BTC] surged on May 3 and carried the price of the coin to $5,879, breaking its previous resistance. After the rally, BTC managed to stay above $5,700 and underwent a correction. This push of price had previously been addressed by Peter Brandt, an old-school trader.

Brandt, in a recent tweet, shared a chart noting that BTC has met its price target at its key resistance. The trader also highlighted that the coin might reach $6,500 before undergoing another correction. He said,

“Just an opinion — there is a chance $BTC is topping here, having met its price target at key resistance. A correction could occur before another move toward 6500, then a more significant correction.” 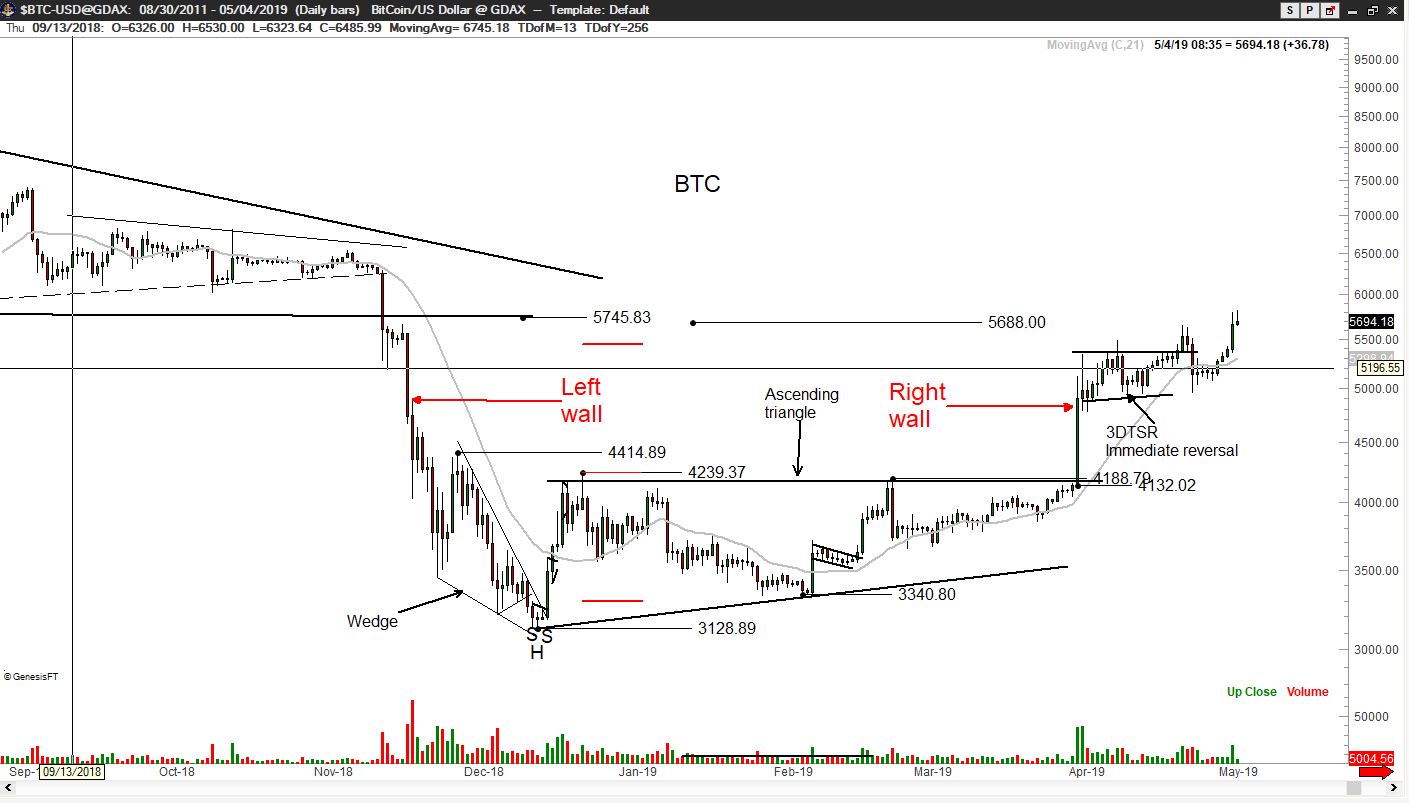 He was joined by other traders in debating this particular opinion. Twitter user @PaulMcGowan75 shared his prediction and tweeted:

“I prefer this view – I don’t see any ‘significant’ correction, just price action / consolidation for the next 6 months…”

Another trader pointed towards the possibility of a cup-and-handle pattern forming; however, this theory was dismissed by others, calling it a continuation pattern. While many users are optimistic of BTC reaching its glory days, Brandt is of the view that:

“6500 before any meaningful correction.”

BTC has already started to correct itself and was dipping by $0.50% over the past day. However, the coin is valued at $5,779.02 with a $102 billion market cap, which is remarkable progress. The trading volume of the coin was $16.86 billion as it noted 9.61% growth over the past seven days. The Bitfinex-Tether fiasco hit the BTC price, however, the pump pulled the coin out of the slump.