Bitcoin longs speculated to have been leveraged more than shorts


Bitcoin’s market movements have been closely scrutinized by the entire community, with many speculating the movement of the world’s largest cryptocurrency to be a sign for the rest of the market as well.

A new analysis by Skew Markets showed that there were many minor liquidations during Bitcoin’s most recent surge over $1000, which the organization claimed as “another data point on shorts being less leverage than longs.” 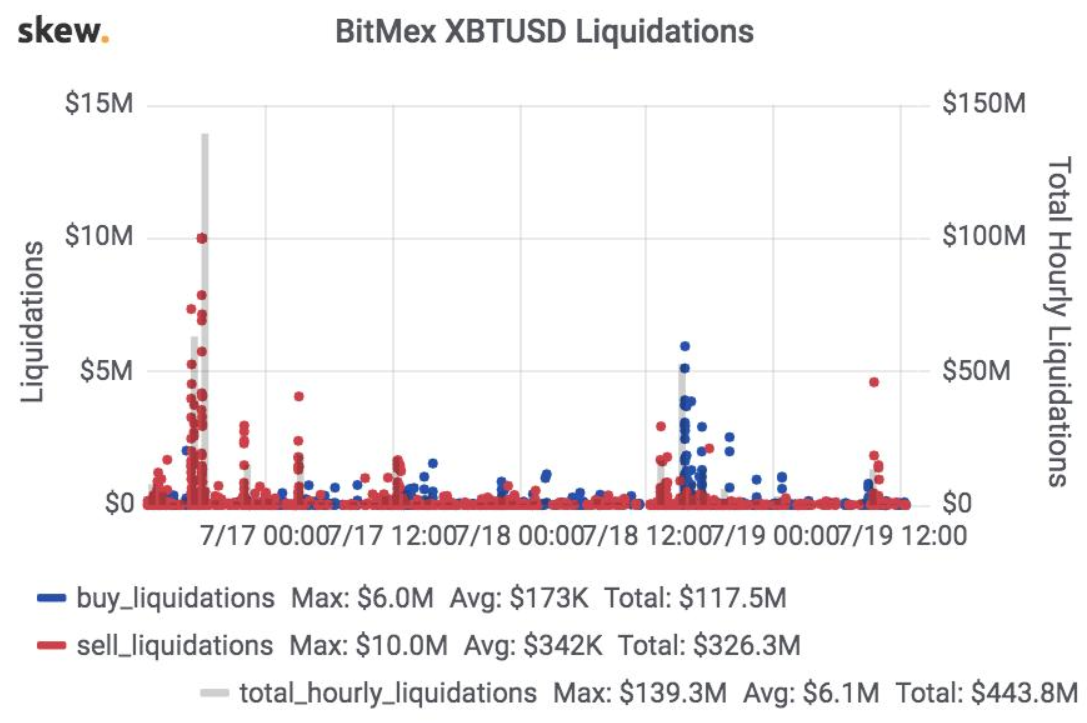 The graph reflected that sell liquidations on an hourly basis almost hit the $50 million mark, closing at approximately $45 million. Some other members in the community pointed out the relevance of the metric, with @hasufl, a Twitter user, stating,

“Important data point that there is fundamental, non-speculative demand for the short side of the perpetual swap, e.g. to hedge inventory or create synthetic cash.”

Bitcoin shorts were in the news recently after Bitcoin’s last surge over $10k resulted in shorts worth $64.38 million getting liquidated. Many speculated that BitMEX’s leverage offer of 100x was one of the reasons for the market fatality.