26th June, 2019 marked the day when Bitcoin peaked at $13,800 to everyone’s delight. However, as the cryptospace braced itself for another bullish sprint and anticipated higher highs towards the end of the year, the jubilation was cut short.

Since hitting its 2019 high, Bitcoin has been consistently dropping valuation, with the market capitalization of BTC also falling below the $200 billion mark. Over the last few weeks, major support levels at $10,759 and $10,850 have flipped to become resistances, with Bitcoin’s latest support levels going lower and lower.

With the market losing bullish sentiment and Bitcoin’s trading volume clearly affected, there might be a turn of events surfacing in the market this week. 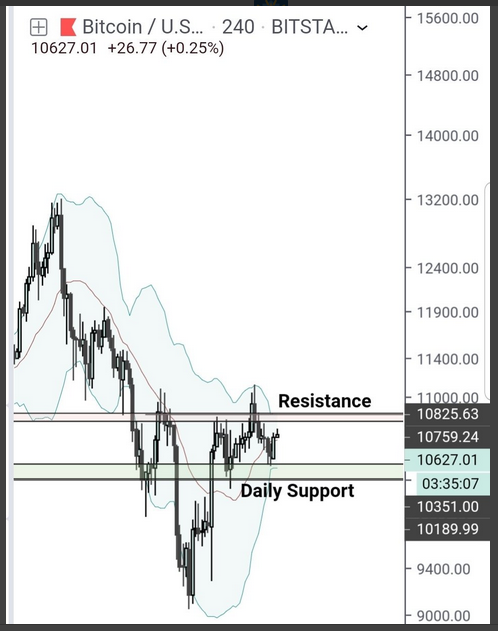 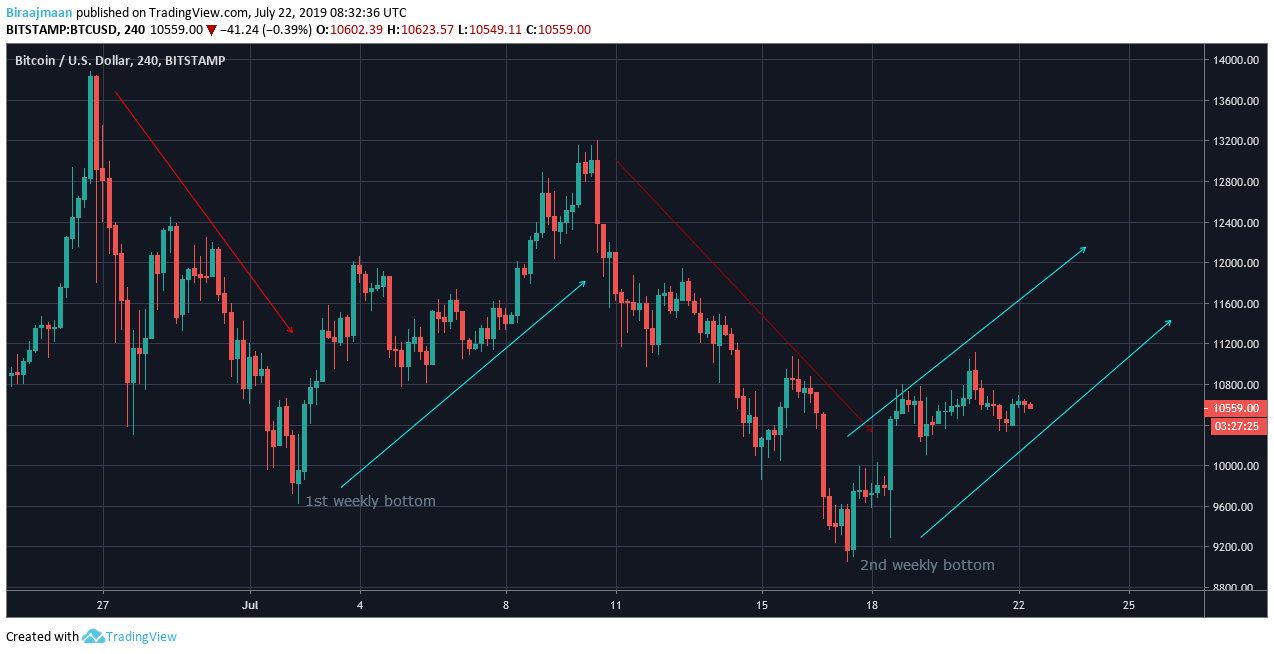 However, a certain pattern was observed on BTC’s 4-hour chart over the last few weeks. Since 26 June, the price of Bitcoin plummeted, until it breached the psychological resistance of $10,000 and hit a weekly bottom at $9864.

Bitcoin spiked back after hitting the bottom and progressively grew over the following 7 days to a valuation of just above $13,000. The same pattern repeated itself next week, with Bitcoin witnessing a 2nd weekly bottom at $9,164 on 17 July. If the same pattern continues this week, Bitcoin might cascade into yet another bullish run over the next few days. 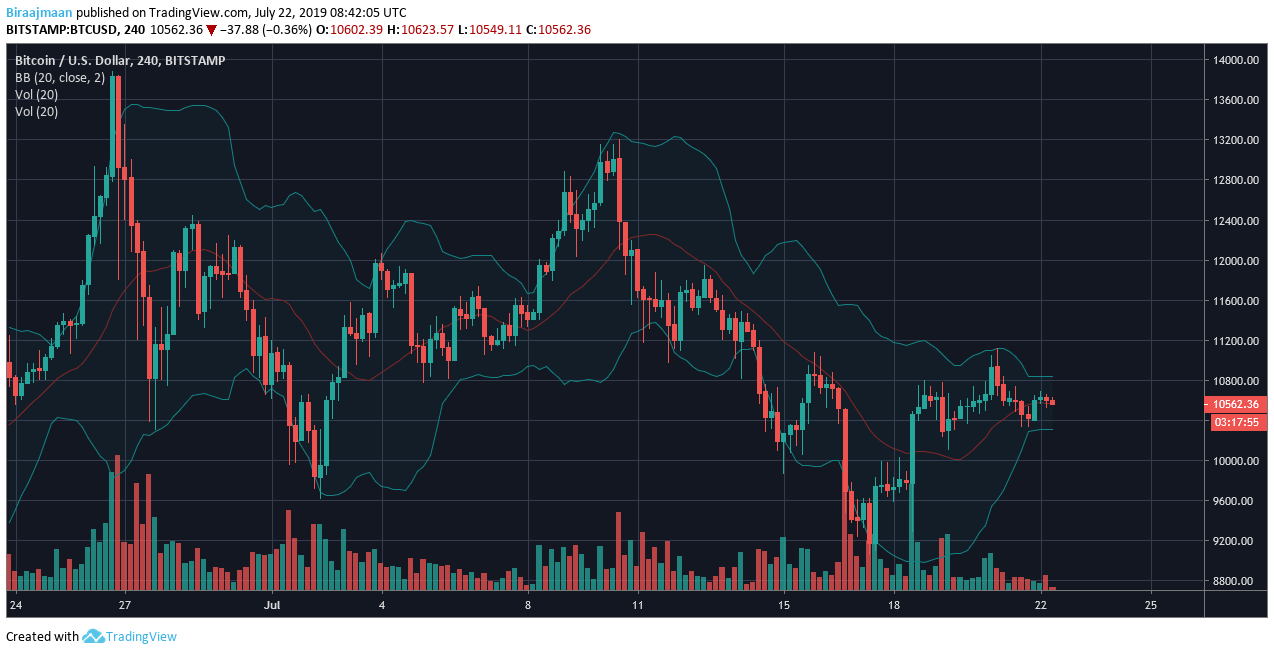 The Bollinger Bands over the same 4-hour chart were also suggesting a bullish sentiment for the cryptocurrency. The bands had broken away from the convergence pattern and were diverging, at press time.

“Weekly/daily close was neutral. Closed in the range between primary support/resistance levels but volatility expected to happen this week, BBands starting to pinch on 4 hour. Hopefully we get some live action on the charts to start the week.”

According to a recent blogpost, Bakkt would begin acceptance testing for its Bitcoin Futures contracts on July 22, 2019, something which can potentially have a positive impact on the market.