Bitcoin’s relationship with the mainstream financial market has been strained because of differences in opinion between the two camps. One of Bitcoin’s biggest rivals in the financial ecosystem has been gold, with campaigns like Grayscale’s #DropGold being a major example.

An analysis of the stock to flow fundamental model for gold and Bitcoin compared the performance of the digital asset to that of gold. PlanB, a popular Bitcoin supporter, tweeted,

“There is no fundamental valuation model for Gold .. and #Bitcoin (eGold). Stock-to-Flow model can be a first step towards a formal model for both. S2F model has 99.5% R2 on physical commodity valuation .. bitcoin is still undervalued, but catching up fast!” 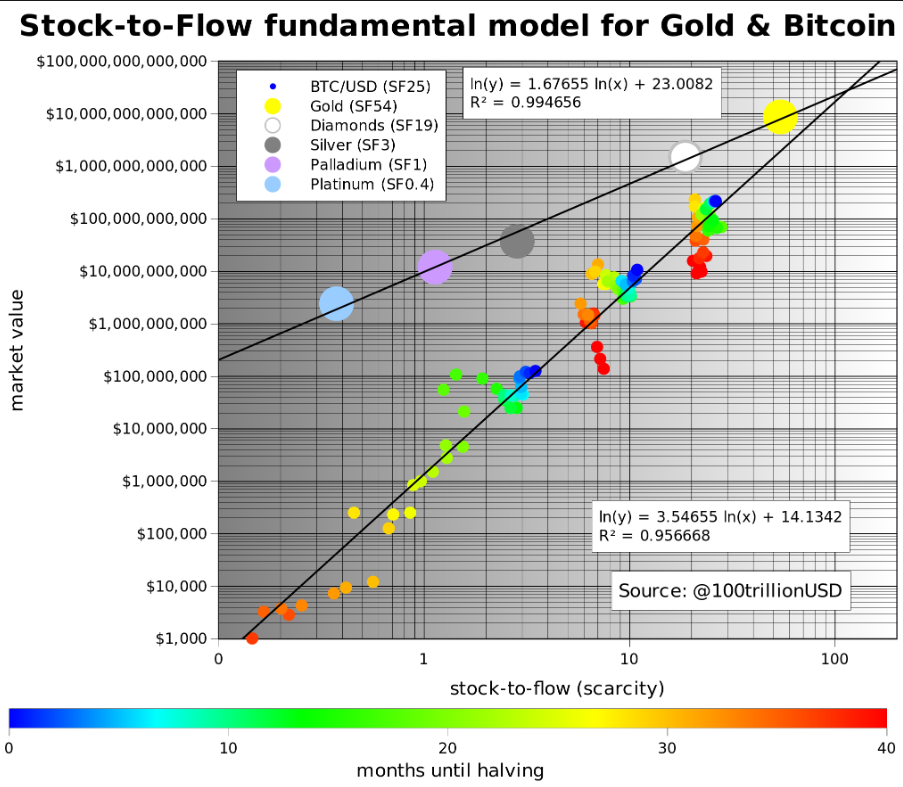 On the stock to flow chart, it can be clearly seen that gold has an unassailable lead on Bitcoin, both in terms of market value and scarcity. Gold’s market value clocks in at around $10 trillion, while Bitcoin is still near the $200 billion mark. When it comes to the stock-to-flow parameter which accounts for the scarcity of the commodity, gold has a lead by a factor of approximately seven.

“#bitcoin’s fixed supply, the logical position is to front run all the halvings. Understanding of bitcoin’s qualities is the demand driver in conjunction with ease of use. Traditional valuation has no place in valuing  bitcoin. Bitcoin is wildly undervalued at extraordinary prices.”

Several supporters of the digital asset have pointed out other factors that make Bitcoin a better bet than gold. Max Keiser from the Keiser report recently stated that Bitcoin’s main advantage over gold is the factor of ‘individual sovereignty.’ Keiser opined,

“Gold cannot offer individual sovereignty to the extent of #Bitcoin. For this reason, BTC will continue to gain market share until reaching market-parity with Gold.”