Ripple, Litecoin, EOS and Credits break away from the general bearish trend to record relatively impressive gains on Friday.

EOS is likely to plunge back to $2.6 in the event the continuation flag pattern takes center stage.

The cryptocurrency market is mixed red and green on Friday following a lethargic of the trading week. Most cryptocurrencies including Bitcoin strongly pushed for recovery, however, key hurdles kept significant gains at bay. The top three digital assets could push above specific seller congestion zones. For instance, Bitcoin broke above $8,500 but failed to penetrate the $8,600 hurdle. Ethereum made above $180 but $185 was a hard nut to crack. Ripple, on the other hand, pushed against key support areas but failed to break $0.26 resistance.

Elsewhere in the market, Apple’s CEO Tim Cook has made it clear that the technology giant has no plans of issuing a cryptocurrency. Cook reckons that matters to do be currency are better off left for the state.

His comments come amid the ongoing Lobby to have Facebook Inc.’s Libra digital currency launch. Moreover, the regulators in the United States demand to meet the CEO of Facebook Mark Zuckerberg by January 2020.

While the regulatory tussle continues, reports surfacing say that some of the 28 members of the Libra Association are considering exiting the project. MasterCard, Visa and even PayPal are said to have cold feet over their involvement. A possible reason for the cold feet is to ensure that they do not harm the reputation they have already built with regulators over the years. In fact, PayPal did not attend a Libra Association meeting in Washington DC held on October 3.

Bitcoin is forming a short-term ascending triangle bullish pattern that is gradually approaching a breakout. On confirmation of the breakout, Bitcoin’s bullish leg will target the hurdle at $8,500. The hardest task for Bitcoin bulls is to hold the price above the ascending trendline support. This will allow them to increase entries which coupled with a stronger technical picture and high volume will propel the cryptoasset to highs towards $9,000.

Meanwhile, the short-term picture suggests that the sellers are in control. The moving average convergence divergence (MACD) is stuck within the negative region. Besides, the increasing negative divergence signals that the bearish action will continue to prevail until the bullish setup discussed above comes into action. Krptoben, an analyst with Tradingview shares similar breakout sentiments:

Ripple is nurturing a bullish trend on Friday and seems to be breaking away from the other major cryptocurrencies. This follows a pulldown that has been happening since the beginning of October. The 38.2% Fib retracement level taken between the last swing high of $2636 to a swing low of $0.2324 cushioned the declines that formed a low at $0.24.

The upward correction in the last couple of days has seen XRP step above key levels including the moving averages (both the 50 MA and the 100 MA on the hourly chart). In addition to that, the price is back in in the upward trending channel. The moving average convergence divergence (MACD) also shows that the buyers are taking back control.

Litecoin is stuck in a range between $52 (support) and $57.50 (resistance) for more than a week now. All attempts to break above the range limit have been thwarted by the existing selling pressure. For instance, the minor bullish leg on Friday managed to break above the 50 MA on the 4-hour chart but fizzled out at $57.50. Litecoin is currently trading at $57 amid a building bearish momentum.

The moving average convergence divergence suggests the current trend will remain sideways. The indicator recovery made it above the mean line but failed to maintain the uptrend. For now, we can expect LTC to remain in range until a breakout occurs towards $60.

Against the background of the general market decline, the CS / BTC trading pair shows a positive trend in terms of growth in volumes and prices. On the chart, we can see that the price once again has rebounded from the support line in the zone of 0.0000105-0.0000110 BTC and is preparing for a retest of the resistance zone around 0.0000127-0.0000130 BTC. Breaking this zone will enable the price to go up to the zone of 0.000015-0.000016 BTC. The overselling of technical indicators can be an additional incentive for investors when deciding to enter a position as well as fundamental news performance.

EOS is also developing its own path towards recovery despite the general picture in the crypto market being negative. The overwhelming breakout last week was halted at $2.6 (major support) giving way for the ongoing bullish action within a flag pattern.

The price is up 2% on the day and trading the 50 MA on the four-hour chart. Also trending upwards is the relative strength index (RSI). The indictor’s lows have been making a higher high pattern. At press time, The RSI at 50 is still pointing upwards relative to the ongoing correction likely to break above $0.30 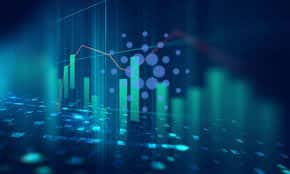 Ripple, Litecoin, EOS and Credits break away from the general bearish trend to record relatively impressive gains on Friday.