Over the last couple of months, crypto-assets enjoyed a relatively lucrative period in terms of valuation growth. Most major virtual currencies exhibited massive growth and the collective market cap peaked at $350 billion on 26th June.

Bitcoin had the most say in the current bull run after the market cap crossed the said valuation. At press time, Bitcoin was priced at $11,400.40 and it experienced a growth of 1.53 percent in the last 24 hours. The 24-hour trade volume recorded was around $22 billion. 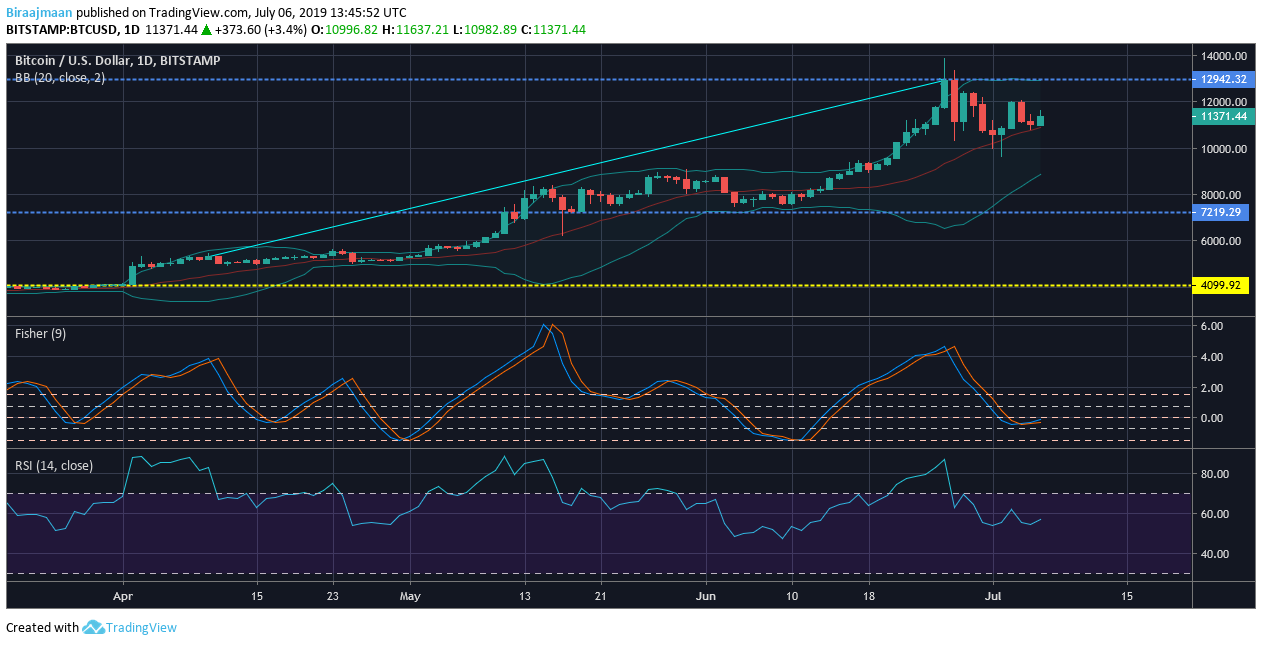 The long-term chart for Bitcoin indicated a major surge that started in April and peaked on 26th June, when the priced reached a valuation of $13,800. The support was placed at a lowly $4099 and the immediate resistance of $7219 was breached during the surge. The current resistance is placed at $12,920.54.

The Bollinger Bands indicated falling volatility for the market as the bands were converging in the chart. However, the candles were above the Moving Average Line.

The Fisher Transform exhibited a change in trend as a recent crossover was witnessed and the blue line was above the red line.

The Relative Strength Line indicated that the buying pressure and selling pressure had reached a neutral phase. 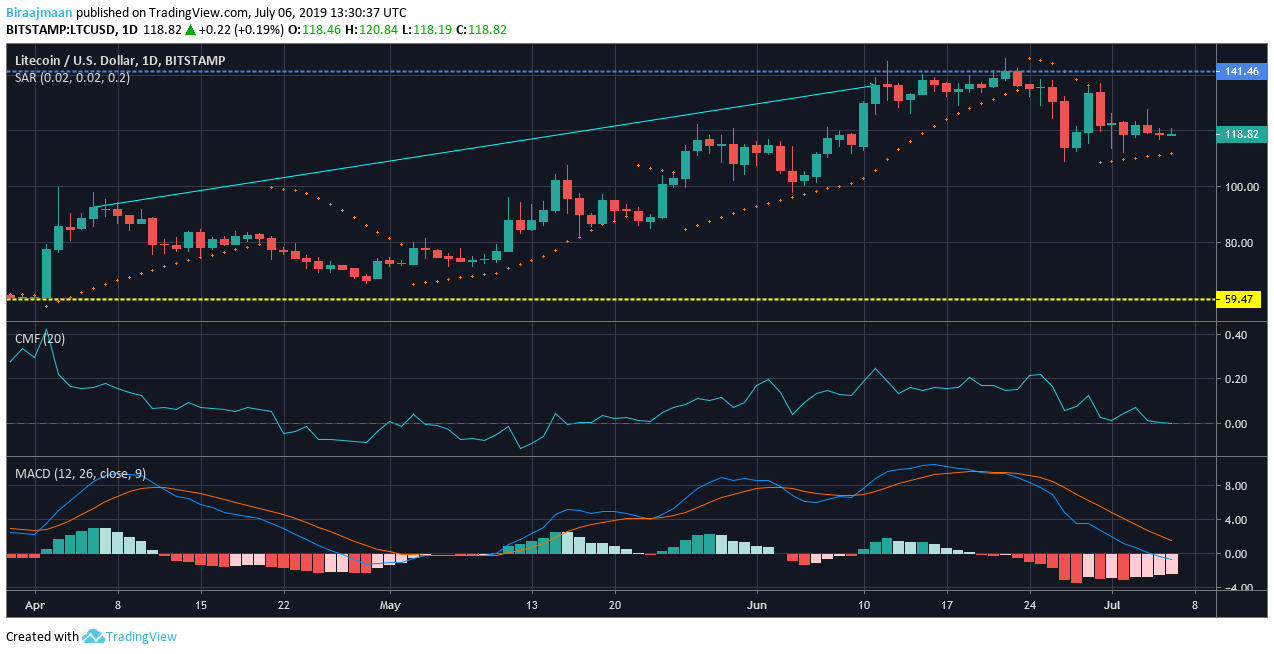 Litecoin witnessed a downturn at press time, but the long-term chart was majorly bullish for Litecoin. The resistance was kept $141.44 and the support remained at $59.47. The price witnessed an uptrend from $92.70 to $141.46.

The Parabolic SAR was bullish for the valuation as the candlesticks remain below the dotted markers.

The Chaikin Money Flow line indicated a neutral truce for money coming in and going out of the market.

The MACD line remained bearish as the red line was above the blue line.

Bitcoin was relatively bullish in the market, but Litecoin remained at an impasse between bearish and bullish trends.