Since the beginning of April, Bitcoin [BTC] has seen its price surge by over 40 percent, coupled with several positive signs. The inflow of institutions, adoption, market dominance and more have pointed to bullish signs for the king coin and collective market, with several analysts suggesting the price will hold.

Murad Mahmudov, a prominent cryptocurrency analyst and founder of Adaptive Capital, detailed 20 reasons why the price bracket of $5,450-$5,550 is key and its sustenance would result in the coming of a “megamonsoon”. Initially, the analyst mentioned a set of nine constantly rising “high-lows” based on the 4-hour price chart f XBTUSD contracts on BitMEX.

The first reason cited by the analyst was the “Resistance flipped support on the orderblock,” where he identified 4 high highs and 3 high lows, based on the 4-hour Bitstamp Bitcoin chart, indicating the same since April began. Referencing the same, Mahmudov stated:

“As the urban legend goes, consolidation patterns that break out upwards *even though their neckline/confirmation line is in an incline*. break upwards particularly violently when/if they do.”

Bitcoin’s had witnessed a massive movement in early April, which saw the coin surge from $4,000 to over $5,000 within a day. The analyst refers to this move as “sharp,” adding that minimal “value negotiation” took place in this range. Hence, Mahmudov suggests that given the “low” VPVR density in this range, “if we push, we push hard,” indicating a bullish swing here could go a long way. 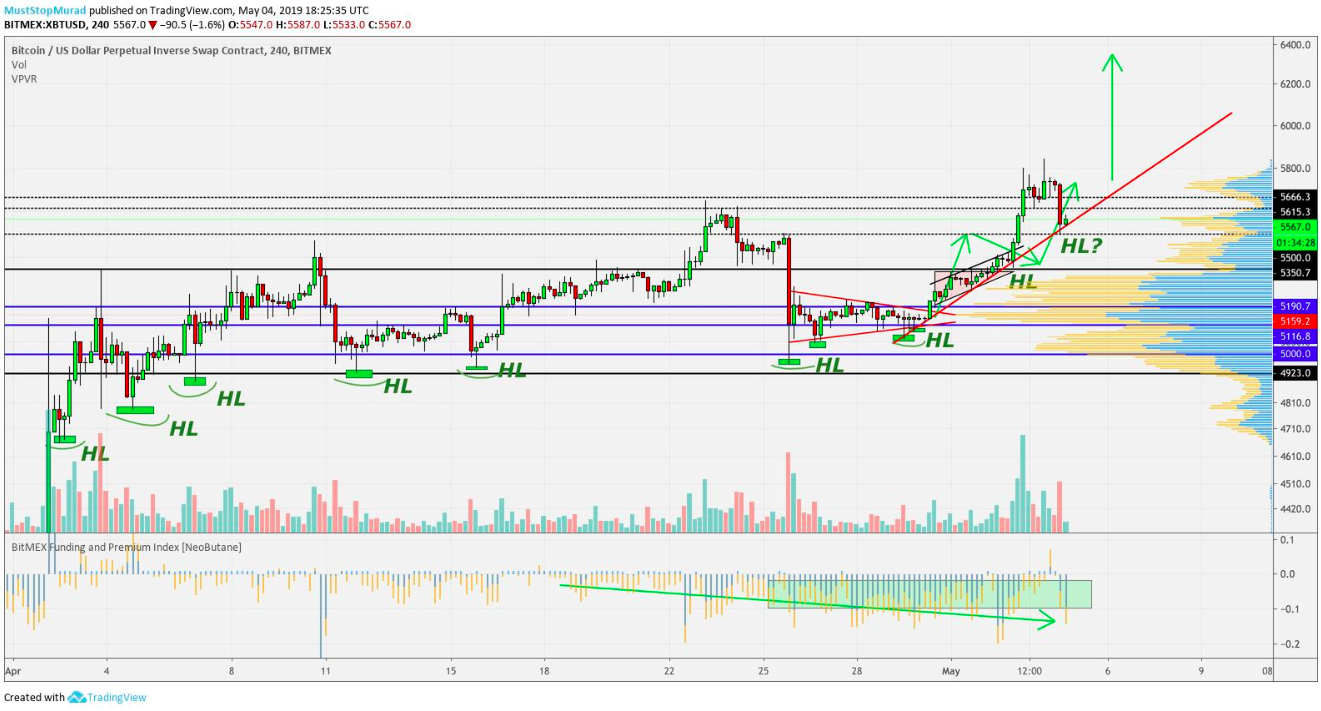 Mahmudov cites strong investor interest through April as a bullish sign for the market. The daily Relative Strength Index [RSI] which peaked at the start of the previous month was expected to fall to correction forces, however, it broke out of correction even after the drop, showing positive signs. The weekly RSI has broken past earlier resistance levels, another positive sign, while the shorter 15 minutes RSI shows a “bull div,” according to the analyst.

The Adaptive Capital founder cites the pattern formed by the EMA89 and MA50 lines on the weekly BTC chart, which, according to Mahmudov points to “bullish” signs as it “caught multiple local bottoms and top areas in both previous and current cycles”. Buying pressure is also consolidating, especially on ‘Sunday afternoons,’ as observed by the 4-hour green candles, which in the analysts’ opinion, are “quickly bought like pancakes”. 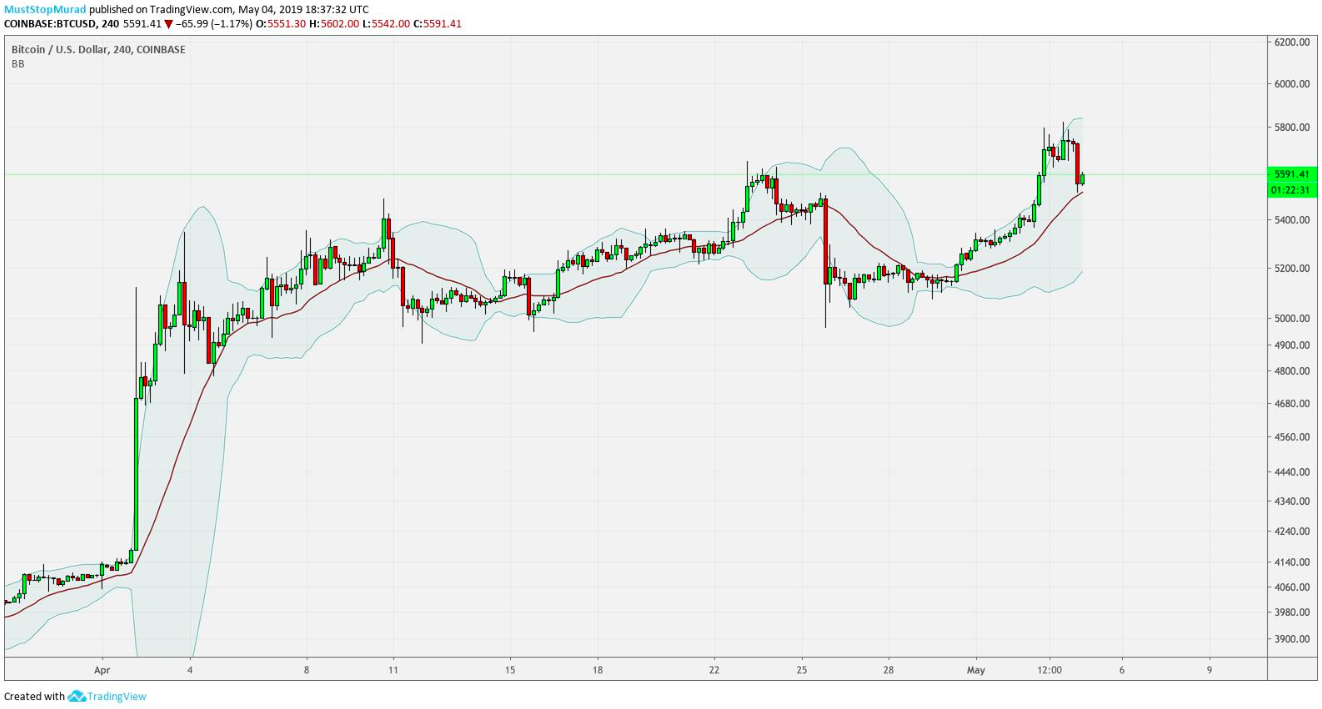 With varying volatility, the 20-day Moving Average line of the Bollinger Bands also holds a support level below the coin’s trendline, a buoyant move for the coin, and if right, Mahmudov pegs “something crazy” in the offing. On the basis of price-volume correlation, the volumes on the price drop candles are smaller compared to the volume when the candle turns green, indicating that trading is holding.

Given this slew of indicators and albeit speculation surrounding the price of Bitcoin and its future push, Mahmudov tweeted that he is “short/midterm BULLISH,” in his approach.

In addition to this, Bitcoin’s entrance into the “Golden Cross” by virtue of its 50-day MA crossing its 200-day MA is another tell-tale of a price rally. The last time the coin broke into the Golden Cross, Bitcoin was trading under $300 and exited this phase when the price was over $9,000.