Bitcoin’s price movement has been one of the few metrics that has captured the attention of the mainstream financial market. As time has passed, the coverage of cryptocurrency markets has increased multifold, mostly thanks to the buzz created by Bitcoin crossing a new price threshold.

In a recent tweet, Jimmy Song, a popular Bitcoin Core developer, asked the community if there was a relation between Bitcoin’s price to that of consecutive block numbers. His tweet read,

“Has anyone made a graph showing Bitcoin price relative to the dollar with the x-axis being block numbers and not Gregorian time?”

The best response was given by PlanB, a popular cryptocurrency analyst, whose analysis showed that there was indeed a positive correlation between the price of the king coin and the block height. 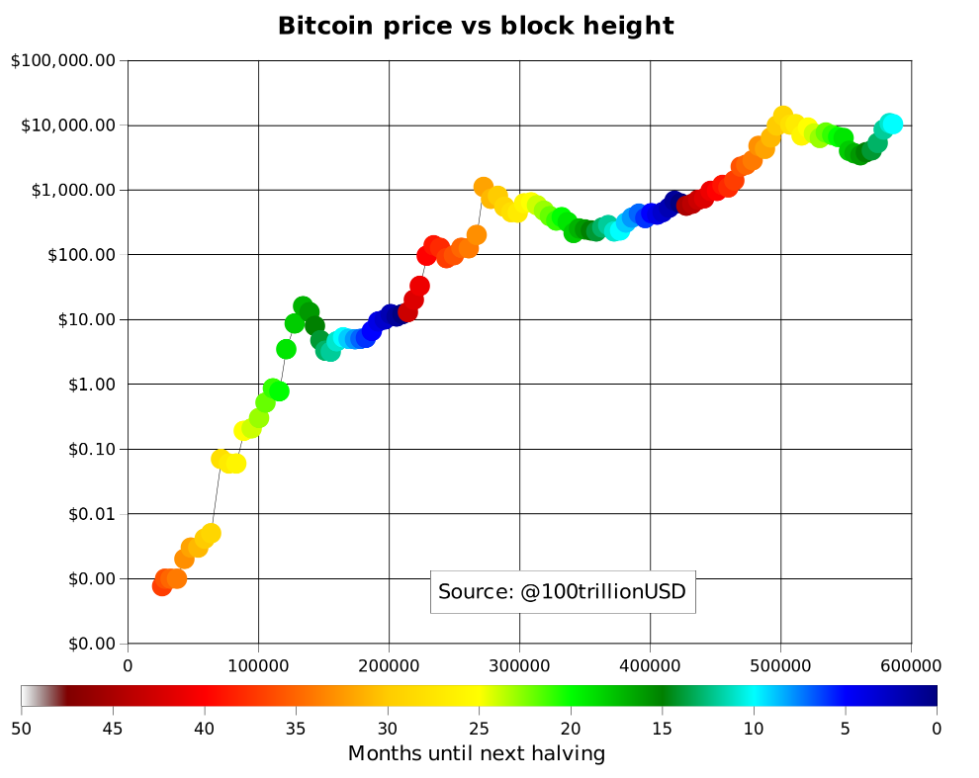 The graph showed that since the genesis block, the graph had gone up the positive axis. The correlation was also plotted keeping in mind the much talked about Bitcoin halving, stipulated to take place in 2020. Bitcoin’s price, which is currently holding above the $10,000 mark, seems to have created an impact on the graph, acting as one of the uptrends in conjunction with the growing block height.

Bitcoin’s price was also on the mind of Josh Rager, a popular crypto-analyst and a member of the advisory team at Token Bacon and Level Invest, who predicted a bear/bull atmosphere for the digital gold. Rager had tweeted,

As time goes new ranges and price levels will form

Marked out on the chart with $10,850 still the area to close above