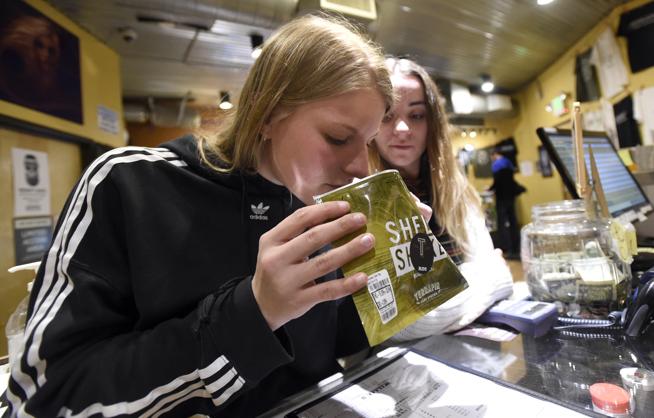 Boulder’s approval this week of a marijuana retail licensing body and new rules governing transfers of pot sales licenses came as acquisitions and mergers are picking up in the cannabis industry.

City council’s move Tuesday to establish the licensing changes could become particularly pertinent for the city’s marijuana businesses in coming months as investor interest in cannabis heightens, according to interviews with staff at Denver-based law firm Vicente Sederberg, which represents cannabis industry clients.

Boulder for months has sought to more closely align city regulation of the budding marijuana sector with its oversight of alcohol retailers. The Tuesday action represents a big step toward that goal, as it includes an update to the penalty schedule for marijuana sellers caught violating city code, allows the transfer of local pot retail licenses, and provides an outlet for violations incurred on a license to be dropped after five years or when the license is transferred.

The temporary Marijuana Advisory Panel tasked with setting up the new licensing board expressed concerns about the potential for duplicity in license owners with violations transferring their licenses through shell companies to “clean” the license of violations.

Under the rules passed by council, the applicant would have to pay for the investigation regardless of whether the transfer application is approved or not, a city memo states.

“Anything that impacts the ability to transfer a license makes a big difference for deals,” Vicente Sederberg partner Charles Alovisetti said. “There is a lot of merger and acquisition activity in cannabis right now.”

He added that a new state law, House Bill 1090, passed this year has cleared the way for greater out-of-state investment in Colorado’s marijuana businesses by repealing a preemption against publicly traded entities owning a pot retailing license. It has accelerated investor interest in Colorado pot stores.

“If you own a business in Boulder and you’re thinking about selling your company and it owns a few licenses in Denver, the whole transaction needs to get approved by all the localities,” Alovisetti said. “I have no idea here if this (Boulder) change makes it easier, makes it harder. Certainly the intent of the (marijuana legalization) law was to allow local control.”

Boulder’s new Marijuana Licensing Authority body will consist of seven members appointed by city council, with two seats for marijuana business owners or their representatives and two for people with connections to health or education fields. It will have its licensing duties phased in after at least six months from the time of its first meeting, but no longer than two years.

“The board will determine the timing and scope of its licensing duties during this transition phase,” a city memo stated. “All licensing duties will continue to be handled by city staff until the board determines otherwise.”

Enforcement of the city’s rules for pot retailers will continue to be handled by Boulder officials, rather than the new licensing board.

“In a scenario where city staff is responsible for issuing city licenses in addition to their other duties, it would make sense to create a licensing authority that is responsible for the administration of the licensing ordinances, particularly where the city is concerned about policy matters in implementing the licensing scheme, as Boulder seems to be,” Vicente Senior associate Jessica Scardina said.

City council applauded Boulder staff and the temporary Marijuana Advisory Panel for its work to create the new licensing board recommendations for its scope of authority.