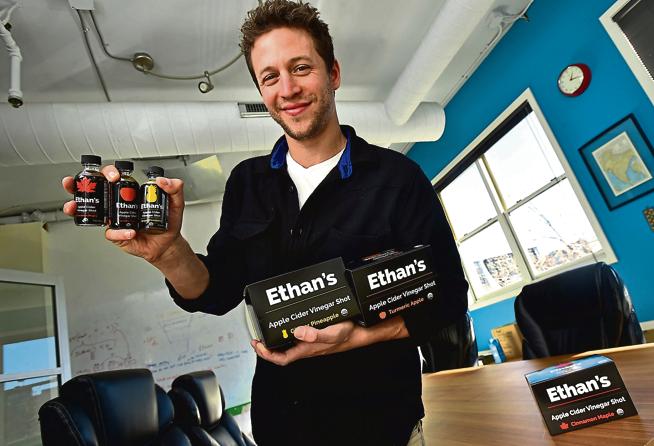 The new line of shots is available in three flavors: Pomegranate Blueberry, Pineapple Aloe and Tart Cherry Ginger. The shots are “packed with a naturally caffeinated herbal infusion of Green Tea and Guayusa extracts,” according to a news release.

“At Ethan’s, our mission with each product launch is to solve a new or existing problem in the market,” company founder Ethan Hirshberg said in a statement. “Energy shots account for roughly 99% of the shot market and most available options contain ingredients that pose major health risks to consumer. With the launch of our energy shots, we set out to create an organic formula that gives consumers a healthier lift without the chemical taste or crash, and most importantly, without the added risks.”