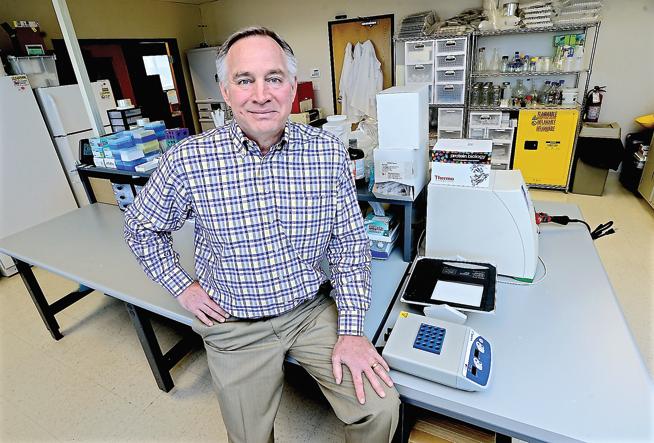 Boulder biotechnology company PanTheryx is getting $50 million from Perceptive Advisors to develop treatments for a variety of gut-related medical conditions and to promote its medical foods, the company announced today.

“Many of the most debilitating diseases in the world are multifactorial, with challenges from pathogen exposure further confounded by immune dysregulation and imbalances within commensurate microbiota in the GI tract,” said PanTheryx CEO Mark Braman.

PanTheryx is the world’s largest manufacturer of bovine colostrum (Colostrum is the pre-milk substance that is produced by all mammals), which is used for boosting the immune system and healing injuries, particularly in the gastrointestinal tract, Braman said.

“We supply 70% of the world’s demand for bovine colostrum. We supply to nutritional companies and medical food companies,” he said.

The company’s first commercialized product DiaResQ (in which bovine colostrum is a key ingredient) is used in treating acute infectious diarrhea, a leading cause of death among children younger than 5, a majority of them in developing countries. It is available in 35,000 outlets in the United States, he said. It also has been launched globally in seven international markets through partnerships, he said. The plan is to soon expand to 20 more countries, Braman said.

The goal is to drive awareness, educate doctors about DiaResQ, and promote international distribution. In March, the company presented positive results from two DiaResQ case studies in Pakistan and the Philippines.

PanTheryx, which was founded in 2007, also is looking at drug development possibilities to treat, among other conditions, clostridium difficile infection, Crohn’s disease, ulcerative colitis and chemotherapy induced diarrhea, Braman said. The company plans to add 30 employees to its 170 in the next four to six months, he said.

“Some of  PanTheryx products are closer to commercialization. We are expecting strong growth,” Braman said.

Since 2010, PanTheryx has raised about $170 million; the bulk of it came from Pegasus Capital Advisors, he said.

“PanTheryx’s approach of leveraging the immuno-therapeutic, anti-inflammatory and restorative fractions of bovine colostrum has the potential to revolutionize the way practitioners approach many of the difficult to treat GI conditions patients face today,”  Sam Chawla, portfolio manager for Perceptive Advisors stated in a press release.