Boulder Canyon to have only single-lane closures Monday 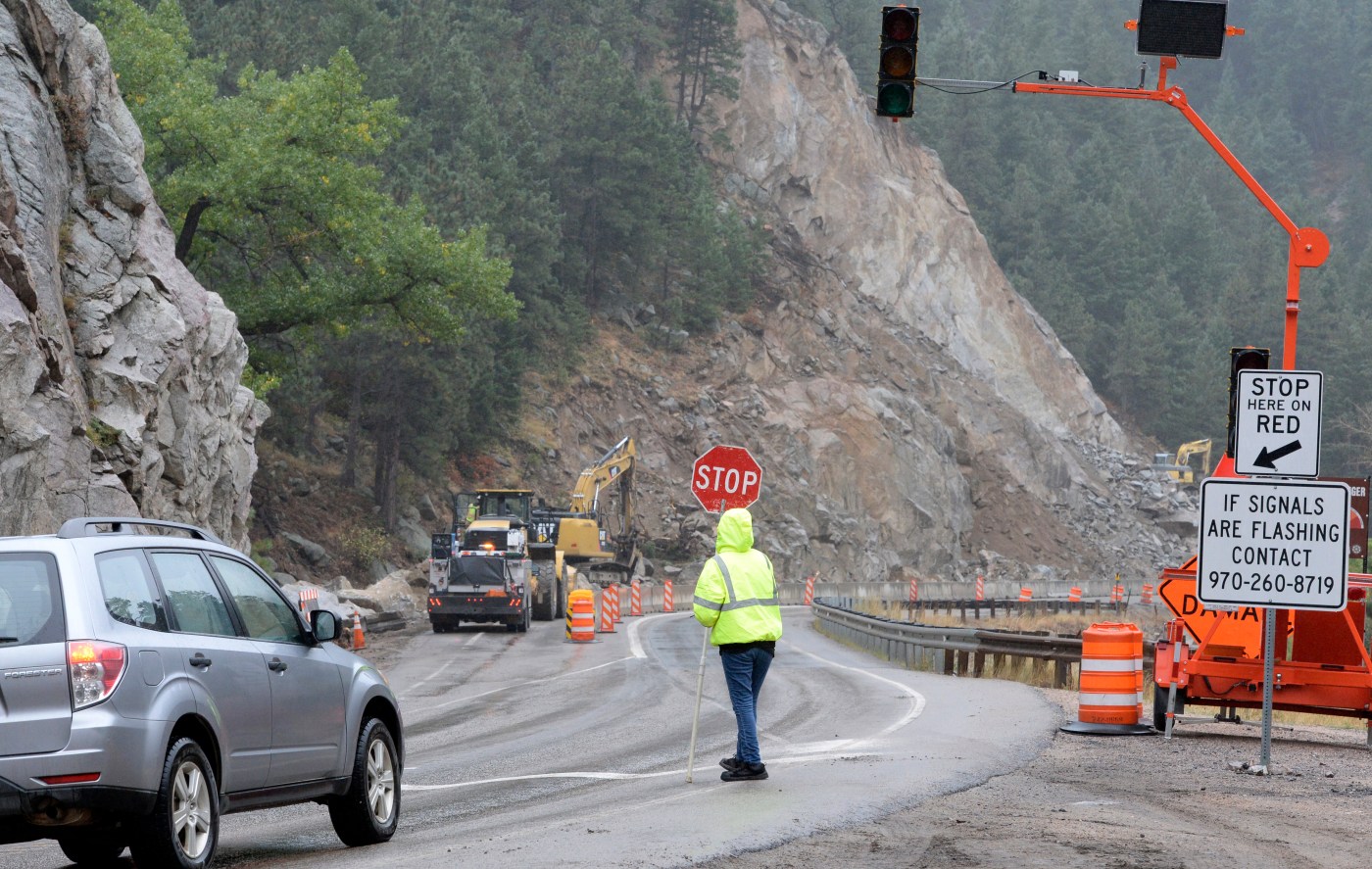 The Colorado Department of Transportation has announced that it will open Boulder Canyon Drive Monday and is cancelling a formerly announced full closure.

The highway, also known as Colo. 119, will remain open all day with single lane closures between mile points 39 and 40.

In an effort to prevent extended closures this week, construction crews plan to have 10-minute stops near the blasting zone. These will be in effect from 7 to 10 a.m. and 2 to 6 p.m. Monday to Thursday.

A full closure of the highway from 10 a.m. to 2 p.m. Tuesday to Thursday is still anticipated.

Construction crews have closed the highway intermittently to proceed with scheduled blasting, in an effort to mitigate from the 2013 flood. Repair and improvements are being completed on a 15-mile stretch of Colo. 119 at a cost of roughly $31 million. About $12 million is being covered by federal disaster recovery funds.

While the blasting portion of construction was initially slated to come to an end this summer, CDOT officials announced in September that the work would be continuing into the fall. The overall project is slated to be complete in the summer of 2020.