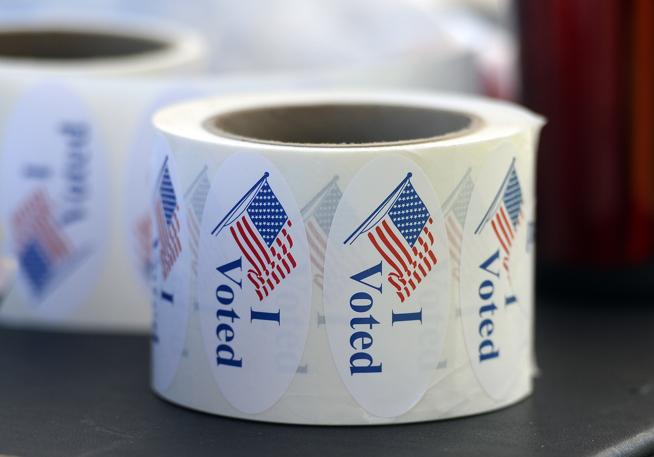 The 15 candidates running for Boulder City Council this year constitute an especially strong slate of candidates. As a group they offer a deep reservoir of knowledge about complex community issues and informed opinions on how to tackle local problems. Only six of them will take a seat at the dais with the next Council, and that means several will fall short despite having the talents and experience to have performed successfully as a city official.

Elections for the nine-seat City Council typically involve races for five seats at a time, but this year six seats are contested due to the departure of former Councilwoman Jill Adler Grano, who resigned in January to take a position with U.S. Rep. Joe Neguse. All Council seats are elected on an at-large basis, so all voters get to vote on all seats.

The Camera Editorial Board, based on individual interviews and observations of the candidates throughout the campaign season, recommends these candidates for Council positions: Aaron Brockett, Paul Cure, Rachel Friend, Junie Joseph, Mark McIntyre and Bob Yates.

Aaron Brockett: Brockett was chair of the Boulder Planning Board before winning a City Council seat in 2015. As a member of Council, he has established a record of pragmatic and sensible responses to difficult questions. During the Council’s contentious discussion last year about flood mitigation at the CU South property, for example, Brockett demonstrated a welcome willingness to compromise that was absent in some of his colleagues. That issue remains unresolved, and it will be one of Brockett’s priorities if voters return him to Council, as will racial and social equity issues, and ongoing major planning projects.

Paul Cure: Among the Editorial Board’s candidate recommendations, Cure might seem an outlier. He is not endorsed by any of the prominent local advocacy groups, his fundraising tally was recently the lowest among all the candidates, and he himself views his candidacy as a “long shot.” But Cure has much to offer as a community leader. In 2004, he co-founded Cure Organic Farm, said to be the first organic farm to lease Boulder-owned agricultural land, and he remains involved in community affairs, currently as vice president of Historic Boulder. He exhibits a detailed understanding of Council-related issues, and the Editorial Board views his lack of ties to vocal advocacy groups, such as PLAN-Boulder County and Better Boulder, along with his creative approaches to city issues, as an advantage that might open a space for him in the center of what can too often be factious debates in Council chambers.

Rachel Friend: Friend is often associated with the debate over how the city should mitigate flooding on South Boulder Creek, not least because the flooding affects her own neighborhood, and she has written about the issue in the Daily Camera. But Friend is hardly a single-issue candidate, and, with a focus on facts and data, she is able to articulate definite positions on a range of community questions. She wants to focus especially on good governance and social justice, as well as flood mitigation, and as a lawyer who has represented asylum seekers, and as a community member who was deeply involved in the city’s recent Large Homes and Lots project, Friend has the qualifications to successfully represent community interests.

Junie Joseph: Boulder voters should feel excited about elevating a candidate like Joseph to City Council. Frist, her resume: A native of Haiti, Joseph worked with a nongovernmental organization on justice issues in South Africa, was an intern working with the Office of the United Nations High Commissioner for Human Rights in Geneva, and served as a U.S. Agency for International Development fellow in Cote D’Ivoire. Now she is a University of Colorado law student. As a student, she is all too familiar with the lack of affordable housing in Boulder, and housing is her campaign’s salient issue. She believes more density is warranted, though she is sensitive to the concerns of affected neighborhoods. Joseph is a relative newcomer to the community, but her grasp of Boulder issues belies the brevity of her residency.

Mark McIntyre: If any one Council candidate embodies the values to which Boulder aspires, it is Mark McIntyre. He’s a 42-year resident of Boulder and a CU graduate. Four generations of his family live in the area. He travels by bicycle to every campaign event (including his interview with the Editorial Board). As a member of the city’s Transportation Advisory Board, he has already helped improve alternative modes of transportation in the city. McIntyre ran for Council once before, in 2017, when he came in eighth out of 14 candidates. With his focus on greenhouse gas reduction, affordable housing and progress on transportation, he deserves a win in 2019.

Bob Yates: The one other incumbent, along with Brockett, on the ballot this year, Yates has served admirably on the City Council, and voters have every reason to retain him in a high position of civic leadership. He is one of the most engaged and accessible members of the Council, and he publishes a monthly newsletter, the Boulder Bulletin, which is an invaluable primer on Council discussions of the moment. He is typically a voice of reason, such as on flood mitigation, land use and city budget issues, and he often serves as a consensus-builder — he and Councilman Sam Weaver are behind the proposed Middle-Income Housing Program, which Boulder residents will vote on next month. It would not surprise the Editorial Board to see the title “mayor” in front of Yates’ name someday.

Three other candidates stand out as viable contenders and are worth noting.

Benita Duran brings to her campaign a matchless depth of relevant experience, including stints in the administration of former Denver Mayor Federico Peña and as an assistant Boulder city manager. Susan Peterson is a longtime resident of the city, and, with her involvement with the advocacy group PLAN-Boulder County and issues forum The Blue Line, she has a deep understanding of Boulder neighborhood sentiments. Corina Julca, who immigrated to the United States from Peru, is a renter in Boulder who emphasizes community engagement and slow growth in her campaign. She’s new to Boulder politics, and perhaps not quite prepared for prime time, but she no doubt will be soon if she stays active in community affairs.