Boulder City Council to have study session on 5G tech 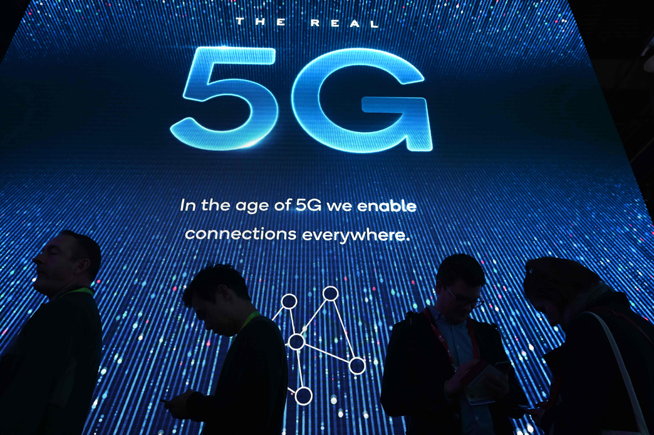 Boulder City Council on Tuesday will have a lengthy study session on 5G technology.

The study session was sparked by a matter in March during which council approved a 10-year lease for Verizon Wireless antennas to be placed on the South Boulder Recreation Center. They added an amendment that Verizon could not make any changes to the facility, including the installation of 5G equipment, without approval by the city.

After residents expressed concerns and council requested it, staff organized the study session to facilitate education about 5G.

Council members Cindy Carlisle, Lisa Morzel and Mirabai Nagle in particular urged the two be added, noting the residents who requested the study session had also requested Davis and Wilson serve on the panel.

“This was a citizens’ initiative,” Nagle said at last week’s council meeting. “I think there is a lot of care in the community about it. I think there’s a lot of concern and unknowns, and it sounds like there are some credible people out there who are definitely smarter on this topic than I am. I’d like to hear from them.”

Among the materials included in the staff memo to council ahead of Tuesday’s meeting is an attachment from Wilson, in which he notes he received a “small payment” from Boulder residents who are concerned about 5G to complete the report.

Julia Richman, Boulder chief innovation and technology officer, said the information in the attachments to staff’s memo has not been vetted or endorsed by staff.

“This is kind of an unusual study session in that it’s not something city staff are working on, and it was really at the request of the community,” Richman said. “We haven’t vetted the information, nor is the fact that it’s in the packet representative of an endorsement by city staff.”

She’s not aware of any current plans to deploy 5G in Boulder yet, she said.

“It’s not something city staff are working on, and as far as we know there are no carriers who have plans to deploy 5G in Boulder — at least for the next year,” Richman said. “The timing is important to the community but not related to city work.”

“This is something that a lot of communities are exploring,” Richman said. “Any time people hear they can’t control what’s happening in their own town, that causes concern. The city also shares concern with an inability to control where infrastructure goes, but I think we’ve done a lot to manage a process where we don’t have a lot of control.”

The panel on Tuesday will discuss five key areas: how the technology works, what it will be used for, the current regulatory framework the city must follow, the city’s previous work to address it and public health impacts.

Last Wednesday, Councilman Sam Weaver shared a New York Times article with council entitled, “The 5G Health Hazard That Isn’t,” that explores how a scientist’s “inaccurate chart led to unwarranted fears of wireless technology,” the echoes of which have since spread on Russian news sites and other alarmist websites.

“While I do not find the history accounted in the story linked below determinative on wireless health risks,” he wrote, in part, “I do believe these are pieces of information that we need to consider heading into our study session on 5G next week.”

A previous New York Times article on the topic notes: “Over the years, plenty of careful science has scrutinized wireless technology for potential health risks. Virtually all the data contradict the dire alarms, according to public officials, including those at the World Health Organization.”

A local group called Boulder 5G Action last week organized a small protest outside the Municipal Building and was an organizing force behind the additional panel members being added.

“That’s why we’re here: To say the study session needs to include experts on health,” said group member Carolyn Bninski last week outside the Municipal Building.

She later added: “5G is not necessary. It’s necessary for the profits of huge telecom companies.”

The group this week plans to attend the study session and encourage people who oppose 5G to wear green.

On Monday, the council agenda committee set the matter for three hours; previously it had been scheduled to last two hours.