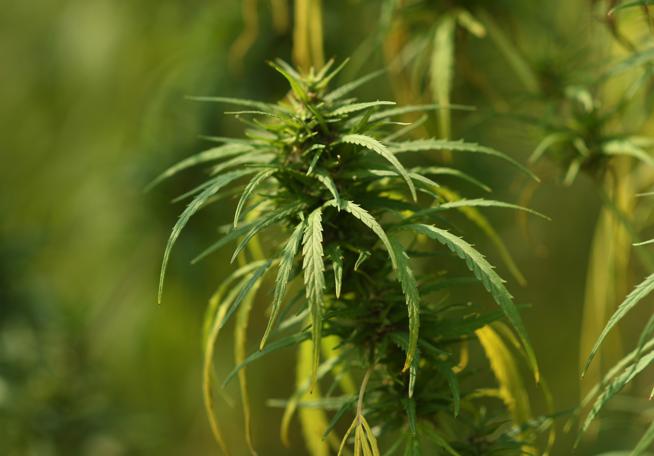 A large number of vets have become addicted to pain killers, including opioids, which is contributing to 22 suicides per day in the veteran community, he said.

Danyluk showcased his company’s line of CBD products at the 120th VFW National Convention in Orlando, Fla., to make veterans aware of the alternatives. The production of hemp was legalized last year with the passage of the 2018 Farm Bill, which also helped pave the way for his company to be invited to the convention, Danyluk said.

He authored a bill to help the U.S. Department of Veterans Affairs to “conduct and support research on the efficacy and safety of medicinal hemp grown in accordance with the 2018 Farm Bill” on the health outcomes of veterans diagnosed with chronic pain and post-traumatic stress disorder. The bill was later expanded and titled VA Medicinal Cannabis Research Act of 2019. Danyluk said he helped in this effort after Congressman Tim Walz, then the ranking member of the House Veteran Affairs Committee and now Minnesota governor, invited him to a round table.

“The bill is in limbo,” Danyluk said. “They need to change the verbiage. I’m trying to help. I’m looking for a sponsor in Congress for that.”

Until now it’s been relatively difficult to investigate the efficacy of medicinal hemp because of legal complications in obtaining it. A 2018 study by Bia Carlini pointed to the difficulty of assessing the results of randomized clinical trials of cannabinoid agents, because of their varied strengths and forms. Carlini called for more funding and fewer barriers for studies looking to research pain relieving qualities of cannabinoids.

“Evidence so far suggests that cannabis may have an important role both in addressing the chronic pain epidemic and the opioid crisis in the U.S. Knowing more is a matter of public health safety,” she said.

Kayla Calix-Hestick, a veteran from Maryland, vouches for the effectiveness of Danyluk’s products in taking care of her medical problems. “I suffered from depression, insomnia and chronic pain. I realized I was getting addicted to pain killers.”

She began exploring CBD products about three years ago, she said. She said she tried various brands, and found them lacking until she found Warfighter Hemp.

Warfighter Hemp supports many veteran charities, she said, giving half its profits to them.