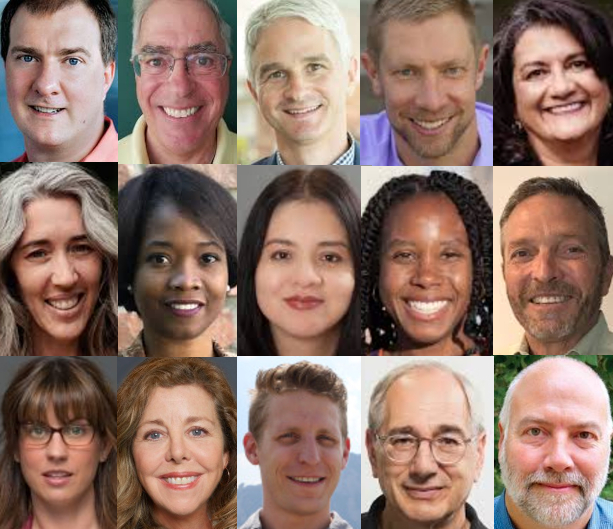 Boulder City Council candidates on Thursday drilled down on how to address issues of racial and economic equity.

In a forum hosted by the Family Learning Center, League of Women Voters of Boulder County and the National Association for the Advancement of Colored People, 13 out of the 15 candidates vying for one of the six open council seats in the Nov. 5 election provided their respective prescriptions for perceived inequality and advancing a socially just climate in the city.

Candidates Susan Peterson and Andy Celani did not attend.

The participating council hopefuls touched on a number of issues they would address through a lens of promoting equity, including police and criminal justice reform, land use implications for housing affordability, new progressive local taxes and even city ties to local business BI, Inc., a contractor making millions from its partnerships with federal immigration authorities for its use of ankle monitoring devices worn by people waiting on immigration proceedings.

Mark McIntyre: “What I’ve discovered is that our state Legislature and current Colorado law really prohibits us and limits us from using good, progressive tools to fund our government. … With specific things we can do legally, I would advocate a tax on expensive vehicles, that would be progressive. If the value of your vehicle is higher, you pay a higher tax, and if you’re driving a 1990 Toyota Corolla, you wouldn’t really wouldn’t pay any tax at all.”

People of color in fracking

Brian Dolan: “I myself personally don’t support fracking, I don’t support drilling, I don’t want drilling to happen in our neighborhoods, I don’t want it to happen around our community. But that being said, there are people who are working and who make their living through these resources. So we need to find ways to train them, to transition them to other jobs, so they aren’t basically left out in the cold. … As a whole we need to do that, because our economy is changing greatly no matter what.”

Rachel Friend: “We do a pretty good job of engaging residents right now. … What I think we don’t necessarily do is please everyone, and I don’t think we can. I think the reality is if you’re going to be a brave leader, and city councilperson, you need to listen with empathy, you need to include all the voices you need to hear. But at the end of the day you have to do what is best for the community. … If there is outcry on the back end, we have to listen, but I don’t think we can stall processes or projects.”

Gala Orba: “I’ve been to many meetings, and I can tell who’s not coming, and whose voices aren’t being heard. I’ve talked to a few people on council … about the people they represent that aren’t in the room, and it’s one thing that strong leaders are good at doing. … I will invite them, if they don’t come, I might still email them anyway and call them.”

Mark Wallach: “I would do whatever can be done legally to preserve the (mobile home) uses here. We have rezoned our manufactured home communities so they are specific for that use, so owners can no longer demolish them and put up luxury housing. … The second answer is build more affordable housing. … One of my notions … would be to repurpose our municipal airport for affordable housing.”

Nikki McCord: “I want to make sure we are doing things that provide for the community, that the community wants. Because these ideas shouldn’t be coming from me, who am I? If the community is clamoring for something, it’s the job of government to provide it. So first of all, we don’t make assumptions about communities that are different from our own. … They don’t need someone who says, ‘We’re going to build this, or I hope it’s legal or that it’s in purview.’”

Aaron Brockett: “We’re at a bit of a conundrum, because we’re a sanctuary city, we don’t want anything in our policies to go against that, to make immigrants’ lives harder in our community. But I’ll say as a city council member, what they’ve said to us, is that we offer the ability to hire police department to any business in town that doesn’t do alcohol or marijuana, and we have no criteria to deny (BI) on that. I’m going to ask that we revisit those criteria in the new year because I think having off-duty police officers working for companies that have questionable practices is a problem.”

Corina Julca: “This program was actually meant to help places that are economically depressed. Boulder is not one of them. In this area of the opportunity zone is Google and the 29th Street Mall. … This was a mistake. … Buildings like the one where I live, we are at potential risk for displacement. Because of this, developers and all these people attracted for the (tax deferral), are going to be tearing down these buildings, and what are they going to build? They’re going to build luxury houses. … A greener building is one that’s already built.”

Land use impact on values, neighborhoods

Bob Yates: “There are certain places that density absolutely makes sense. 30th and Pearl (streets), there is tremendous density out there, I think at Diagonal Plaza … dense housing. But other parts of town, I think we need to be respectful of neighborhood character. I think of one right now …  Alpine-Balsam: It’s surrounded by a neighborhood right now. While we want to create housing there, I think we also want to make sure it fits into the community. Sometimes density makes sense, and sometimes we need to be more thoughtful about the type and size and massing.”

Adam Swetlik: “We do require commercial construction to have a housing component. It’s called a commercial linkage fee (of $30 per square foot). I’m actually a proponent of raising that further, simply because I do think commercial businesses should pay their own way, especially in a city like Boulder. … Large tech companies, the biggest corporations who move here, they’re moving here to attract top talent. This gets back into the whole (rising of the) area median income conversation…”

Paul Cure: “Palo Alto (Calif.) and Boulder are the only two cities with a linkage fee at that rate. So obviously there has to be a degree to which there is a linkage fee, but not to that degree that it’s $58 (per square foot added as some have suggested), which has been completely disturbing to the businesses that are wanting to move here, so that it’s so cost-prohibitive that they actually wouldn’t.”