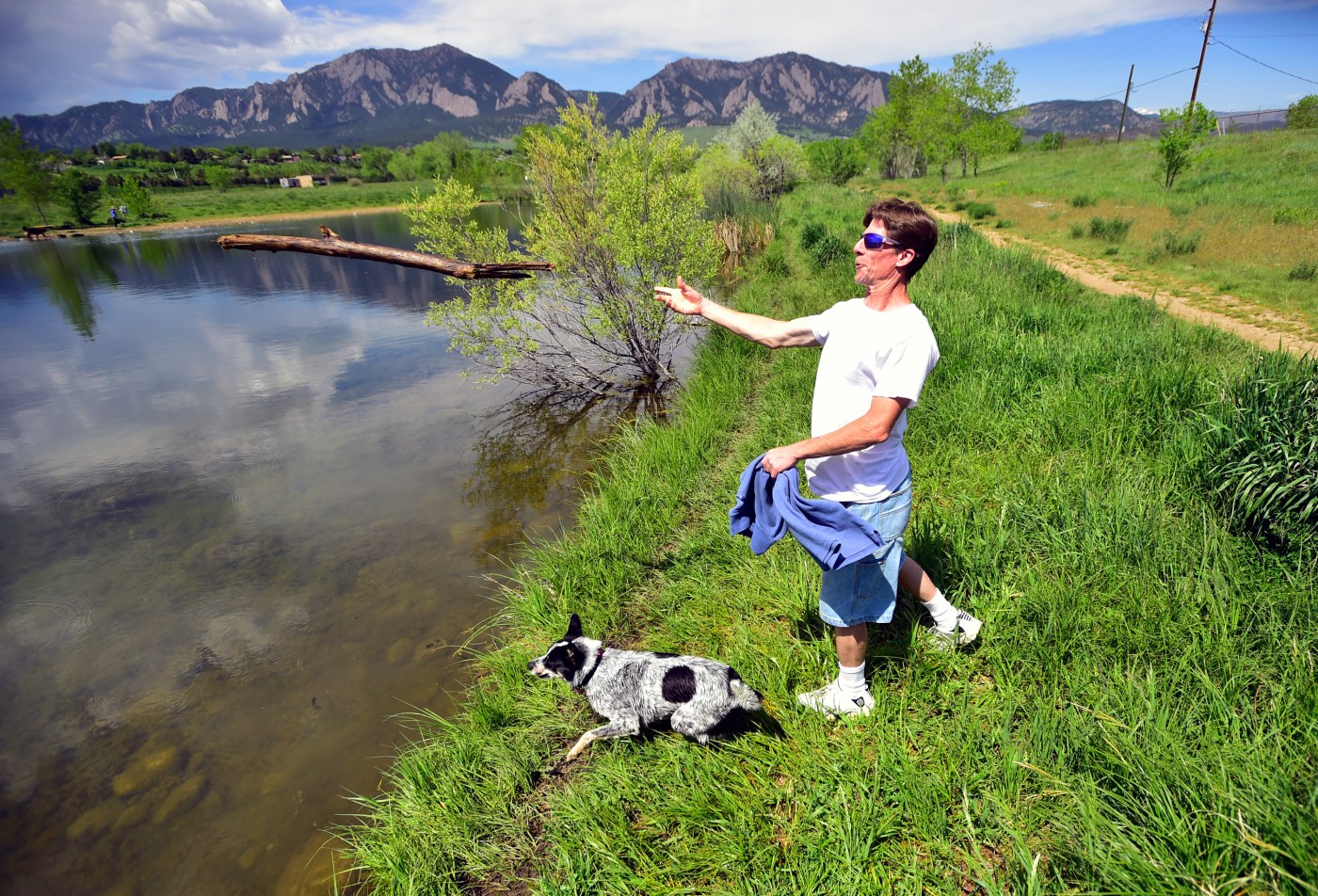 City officials on Tuesday again revisited the developing plans for South Boulder Creek flood mitigation and how they could adjust the plans to satisfy the various local and state entities affected by the project.

Frances Draper, the University of Colorado Boulder’s chancellor for strategic relations, likened it to a three-legged stool: CU, the landowner; the Colorado Department of Transportation; and the city’s Open Space and Mountain Parks department all have a stake in the plans.

CU owns a 308-acre parcel of land south of U.S. 36, known as CU South, where officials envision building housing and other amenities. They have agreed to donate 80 acres of that land to the city for needed flood mitigation, and have stated a desire to develop a minimum of 129 acres.

CDOT, meanwhile, has agreed to explore allowing the city to place a floodwall structure next to its U.S. 36 right-of-way, with the foundation extending underground into its right-of-way. Construction of that structure, though, would cut through an estimated 5 acres of open space with high-quality wetlands and federally-threatened species.

Open space officials have stated an interest in using a portion of CU’s land to mitigate for the effects on those 5 acres, if there is no way around relocating the floodwall or choosing another design. CU officials have stated a desire to use some of the same land for development because the flood mitigation plan the city chose — over CU’s open opposition — would chip away at the land CU originally planned to develop.

Council members on Tuesday directed staff to bring back a set of options that would allow them to examine how to allow CU’s development while considering effects on open space lands and achieving the needed flood mitigation.

“No matter what we do, it’s going to have some impacts on open space lands,” Mayor Suzanne Jones said. “We don’t get out of here without having some impacts, regardless of what options. Do you see a better way? … Does Open Space have a better package here that we’re not looking at given the new information?”

Open Space and Mountain Parks Interim Director Dan Burke said, “If council is talking about sticking with existing variants that you’ve been looking at … then we’re talking about a floodwall structure no matter what. We’re talking about 5 acres of permanent or temporary impact.”

The issue at hand now, he said, is that staff and the Open Space Board of Trustees will need to look to other locations where they can rehabilitate open space lands and achieve a net benefit in the face of the loss of the 5 acres.

Councilman Bob Yates chimed in, to laughter from the crowd: “Everyone wants the same land. This is like the Middle East.”

When Draper addressed council, she recommended the city use a sliding scale mechanism to allow flexibility in adjusting zoning boundaries on the property and finding balance among the competing interests.

“The thing we would want to do is come up with a plan that gave us the most flood mitigation but also accommodated CU’s requirements,” Councilman Aaron Brockett said. “I might look to council and say: Where would we be willing to give more? If we’re going to be practical about this and actually get this done so we can protect the downstream folks, we have to adjust for the variables.”

Council urged staff expediency. Staff members cautioned such modeling could take until the end of the year. They will bring updates to council’s agenda committee, which meets each Monday morning, in the interim.

“It’d be great if you came back to this council before we left,” Jones said, referencing the six council seats that are up for election in November.