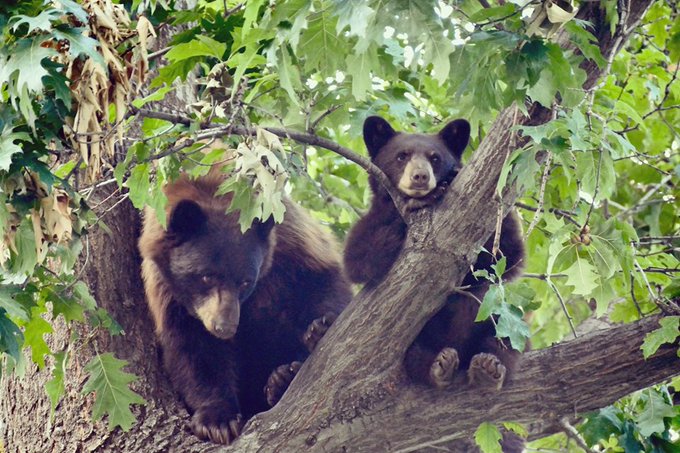 A parade of up to 30 excited people were trailing and photographing a mother bear and her two cubs Aug. 30 in north Boulder, prompting a call to police radio dispatch asking that “somebody please educate some people” about their conduct around the majestic creatures.

Colorado Parks and Wildlife are attempting to do just that by reminding people that bears are entering what is known as hyperphagia, the period in which to prepare for hibernation, bears spend up to 20 hours a day looking to bank 20,000 or more calories.

CPW has received more than 3,800 bear incident reports since April 1, according to a news release, and as bears continue on their food gathering campaign in coming weeks that number is only going to grow.

Accordingly, wildlife officials once again are asking that Coloradans living in bear country to practice “bear aware” behavior. They advise when a bear is repeatedly seen in an area, the first and best action is to call a local CPW office or wildlife officer, for both the protection of people and the bear, itself

Referencing Friday’s impromptu Boulder group photo shoot of the bears and her cubs — which eventually safely found their way back into the foothills — CPW spokesman Jason Clay said, “That’s probably not the safest situation, when you get that much attention” focused on the animals.

“You always want to give bears their space, and make sure they have an escape route,” he said. “With black bears, their natural response when they are scared is to run away or go up a tree to a spot where they do feel safe. But it’s not the best situation, to have a large group of people at the base of a tree. I know people enjoy it, but take your photo from a safe distance and move on.”

State wildlife officials reported that on Aug. 29 in Winter Park, a restaurant employee going to dump the evening’s trash was swatted on the head by a bear that had been hiding in the business’s dumpster; a hat worn by the worker likely prevented serious injuries. According to a news release, the bear had repeatedly been seen by restaurant employees and others in the previous week, but no one had contacted a wildlife officer until after that attack.

“We all know that when bears have easy food sources. They will keep coming back to them,” JT Romatzke, regional manager for CPW’s northwest region, said in a statement. “It’s not so much a bear problem as a human problem when we don’t prevent bears from finding easy meals, and also when we accept bad bear behavior as normal. We need people to call us early and often when bears become a nuisance, instead of waiting for a worst-case scenario.”

Clay said Boulder has not seen any serious bear issues arise since wildlife officers had to put down two bears on the same day, on Aug. 17. But that doesn’t mean the area is out of the woods in that regard, by any means.

“There is bear activity in town,” he said. “Each year brings a little different situation. The fruit trees in town getting ripe, that will draw bears in, and so will trash and bird feeders. And they are going to continue to be active through November, and even into December or even January.”

If food sources remain available, Clay said, bears do not necessarily have to hibernate and may continue to feed as long as food is available.