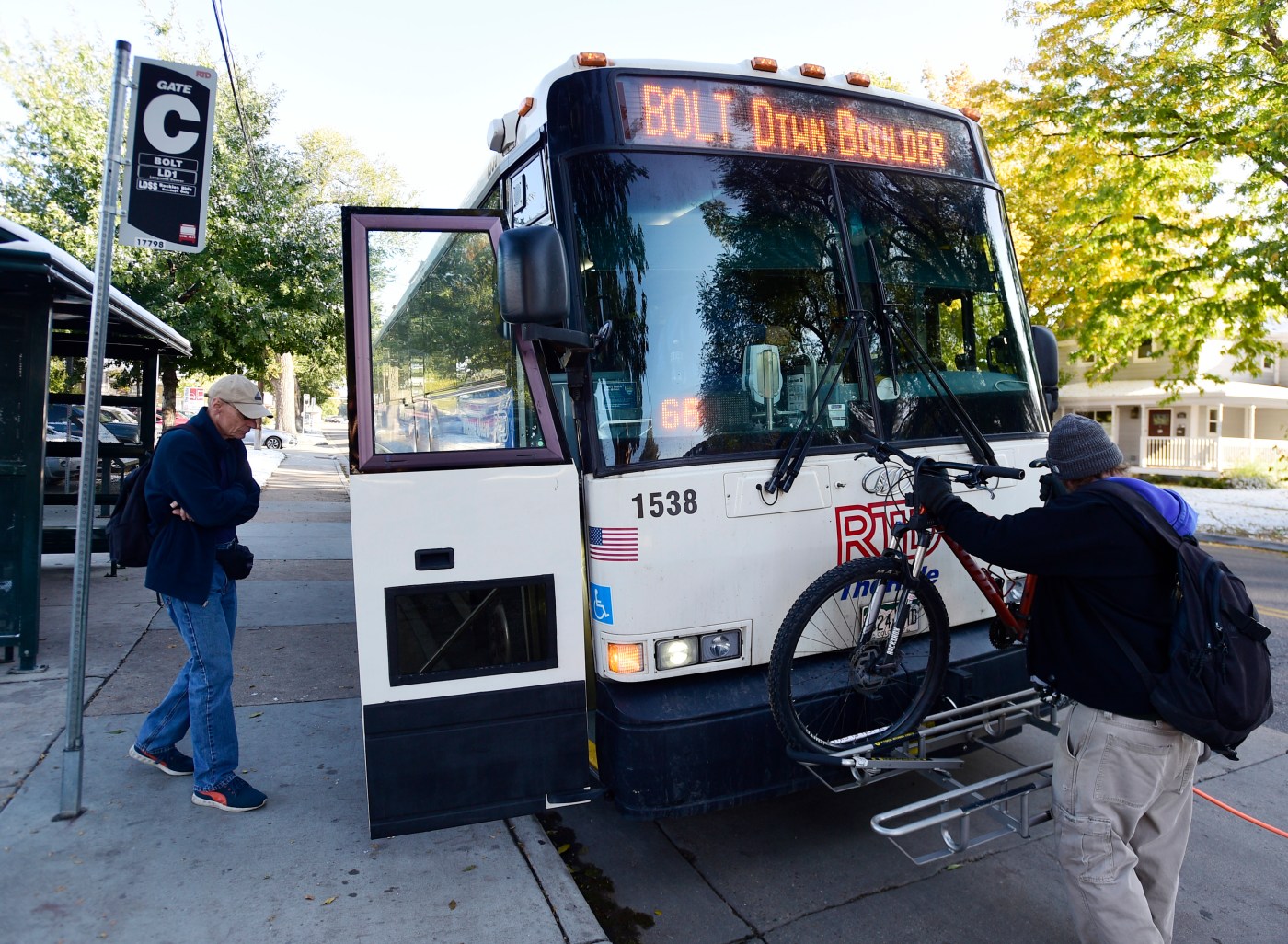 Boulder County’s ambitious transportation master plan update will be going through some of its final stages of feedback, development and approval in the coming months before its planned adoption at the beginning of next year.

The county’s transportation department released a draft of the update early this month, part of which highlights the increased traffic that main roads in unincorporated parts of the county have been and will be experiencing in the future. The update includes which includes proposed upgrades to high-traffic corridors, expansion of multi-modal transportation and enhancing access to mountain communities in order to accommodate a growing number of commuters.

According to figures in the plan, commuters to and from Longmont will increase more than 24% by 2040 from levels seen in 2015, while commuters from East County will increase by over 37% in that same time period.

The number of people coming in daily from other counties will increase even more dramatically. The numbers from Weld County will more than double from 69,000 in 2015 to 143,000 in 2040, according to the draft.

Overall, daily trips within the county are expected to increase by 28%, with regional trips between counties changing by 61%, the draft report reads.

“By 2040, the number of person trips starting, ending, or remaining within Boulder County is projected to increase by about 50% to just over 850,000 trips per day,” it reads.

In order to prepare for this increase, the draft of the master plan update suggests a wide range of improvements, including upgrades to and expansion of mass transit, intersections and bicycle and pedestrian access.

In terms of buses and mass transit, the plan calls for investment in “transit improvements that are likely to increase countywide transit ridership.” This includes, among other things, the development of bus rapid transit along corridors within the county, similar to the Flatiron Flyer system in place along U.S. 36.

The Diagonal Highway is one area where bus rapid transit upgrades are included within the update, which would carry an estimated cost of over $10 million. The project is in a conceptual phase, though it is already partially funded.

The estimated yearly cost of operation, which includes expanded local routes in Longmont, is between $5 million and $10 million.

According to Alex Hyde-Wright with Boulder County’s transportation department, RTD is currently conducting a feasibility study regarding bus rapid transit along the road, and they hope to see construction underway during the “early to mid 2020s.”

“(It will) have some pretty major changes for that corridor,” he said.

Bus rapid transit improvements along Colo. 7 between Lafayette and the eastern boundary of the county are also proposed in the update, in order to mitigate traffic coming in from Brighton and elsewhere. It carries a similar estimated cost of implementation to the project along Diagonal Highway, though the projected annual cost of operation for the upgrades are slightly less, coming in between $2 million and $5 million.

Bus rapid transit is also proposed along Colo. 287 from Broomfield to Longmont, with similar estimated costs. Neither the Colo. 287 nor the Colo. 7 project has secured funding as of yet.

An example of a cheaper improvement suggested in the update is extending bus service east along Colo. 119 to Interstate 25, with an estimated implementation cost of less than $500,000 and a projected annual operation cost of $500,000 to $2 million based on service levels. The route would extend to north of Carbon Valley and help with the increasing number of commuters that are coming in from Weld County.

As for improvements to infrastructure, nearly 30 projects are included in the update that would see improved intersections, underpasses and bridges.

Current projects that are under construction right now include improvements along 95th Street, South Boulder Road and Colo. 42.

According to Hyde-Wright, many of the corridors and roads that see the most crashes have projects underway or in the planning phase.

The county also took into consideration in their update the number of crashes involving cyclists, and have made it a priority to improve safety to improve conditions for travel on foot, by bicycle and on trails.

The data used in the county’s study of crashes comes from between 2006 and 2015, he added, which is before flood reconstruction widened the uphill shoulder on Left Hand Canyon Drive on the “lower portion of the road.” He said that the county isn’t planning any further changes to Left Hand Canyon Road soon, thoughit will be monitoring to see if the reconstruction had an effect.

Jay Road, which according to Hyde-Wright is among the busiest bicycle corridors in the county, also just received an upgrade in the form of a “one-foot striped buffer” and green highlighting of “conflict points” near intersections.

Hyde-Wright also said that, though it won’t be happening as soon as bus rapid transit on the road, the Diagonal Highway could see a separate bike path sometime in the next decade.

Stacey Proctor, the project manager for the transportation master plan update, said that the master plane update is very dependent on funding, which can come from a number of different sources including the state and federal government, adding that it provides a gold standard that the county is trying to reach.

“We’ve identified things that we need to do in terms of challenges that we have today and the challenges that we anticipate coming in the future ,” said Proctor. “So it’s all about implementation moving forward once we get the plan complete. But I think we’ve really worked hard to listen to what the public is saying and — doing through the data analysis that we’ve done — identify major challenges that we think we’ll be facing.”

The county will be listening to feedback on the transportation master plan update during a public hearing on Oct. 16. It will take place at the commissioners’ hearing room beginning at 1:30 p.m.

What: Public hearing on the transportation master plan update