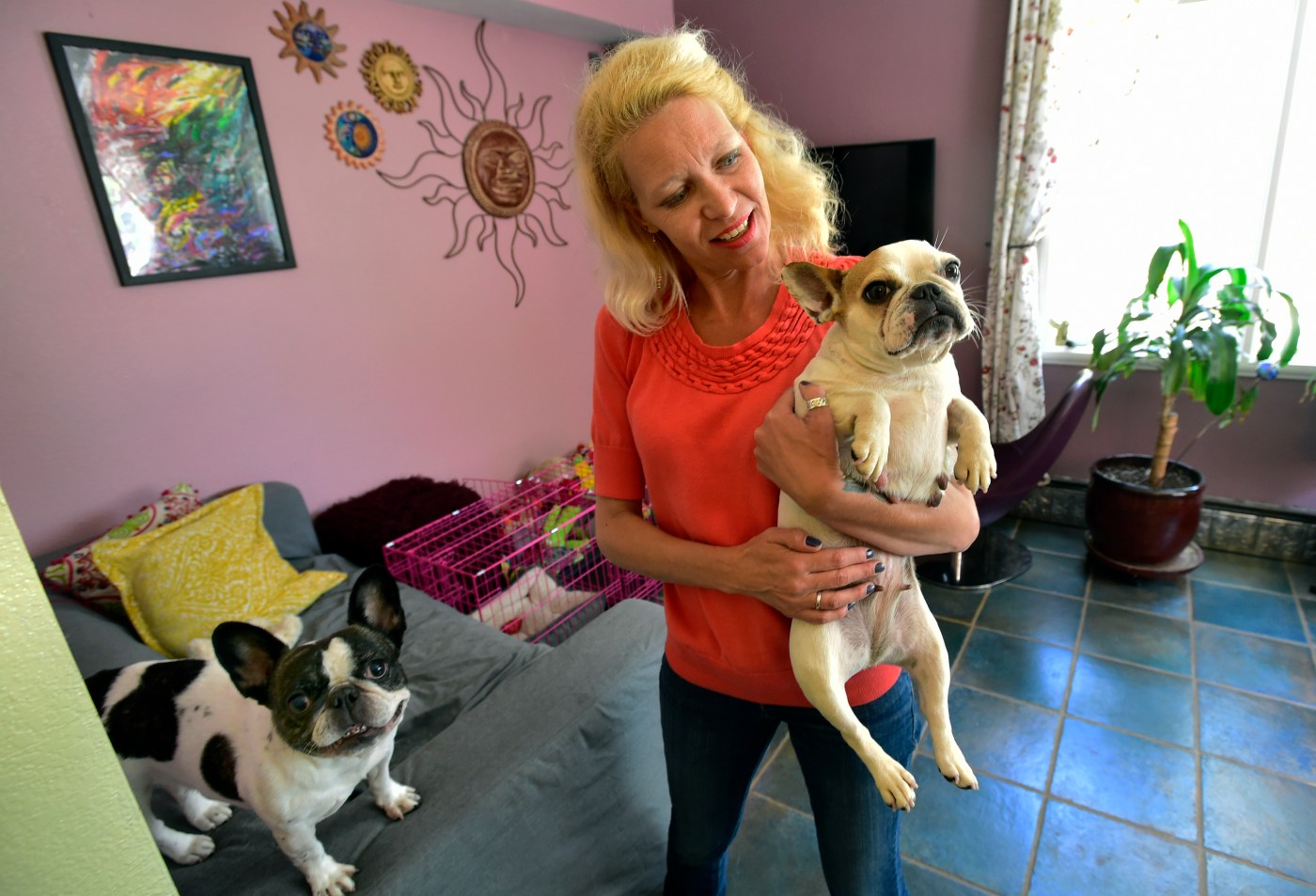 After five years of bringing in sick and paralyzed French bulldogs, a Boulder resident is temporarily closing the doors to new dogs because of a lack of funding.

Kelly Money, who in 2014 started the Rocky Mountain French Bulldog Rescue, has helped hundreds of dogs.   The rescue started with the adoption of Dora, who was paralyzed.

“I was a severe special needs special education teacher and my heart was with helping those who needed it the most,” Money wrote on the rescue’s website.

Before becoming a teacher, Money was vet technician for six years, a profession that allowed her to be able to help the dogs.

“The French bulldog community is a really small community,” Money said. “People started figuring out I had a paralyzed dog and I started getting phone calls.”

People would ask her about which carts to use for dogs that couldn’t walk without assistance, what type of food to feed them, etc.

“It started turning into phone calls saying they were going to have to euthanize the dogs, I couldn’t let that happen,” Money said. “I decided I had to start a nonprofit.”

So in 2014, the Rocky Mountain French Bulldog Rescue was born.

She and her family opened their home and began to foster dogs that needed help, whether it was finding new homes or getting medical care.

Money said she’s helped more than 300 dogs over the years, but recently had to stop taking in dogs because lack of funds.

“We turned away six in the first eight days of August,” Money said. “It kills me. I put everything I have into this rescue in the last five years. You set out to save the world and it’s really hard when you can’t do anything.”

Money said she never purchases dogs, all of them have come in from other rescues, owners and puppy mills.

According to the rescue’s website, it is taking a month-long hiatus from bringing in more dogs to reorganize.

“We grew so big and so fast, we were not prepared,” Money said in an online post.

She said when she quit teaching to take the rescue on full-time she took a pay cut.

“It’s my heart, love and passion. Unfortunately, as we’re getting further along, we’re looking at how much do we have to let go of the rescue?” Money said. “Do we only take on the super healthy dogs? That’s not where my heart is.”

Money is asking for help by sharing that the rescue is here in Boulder.

“We’re here for French bulldogs,” Money said. “We help each other, we’re here to educate owners about their dogs, we’re not just taking dogs in but we’re here for the education piece as well.”

The rescue does have a donation page, but Money said it’s not just about fundraising.

“Donations are amazing, but we’re also looking for leads on grants or sponsorships, something that is going to help us throughout the year,” Money said. “We’re so appreciative of the donations, even $5, but we’re afraid we’re going to end up in the same spot six months down the road.”

For more information about the rescue, visit rmfbr.org.