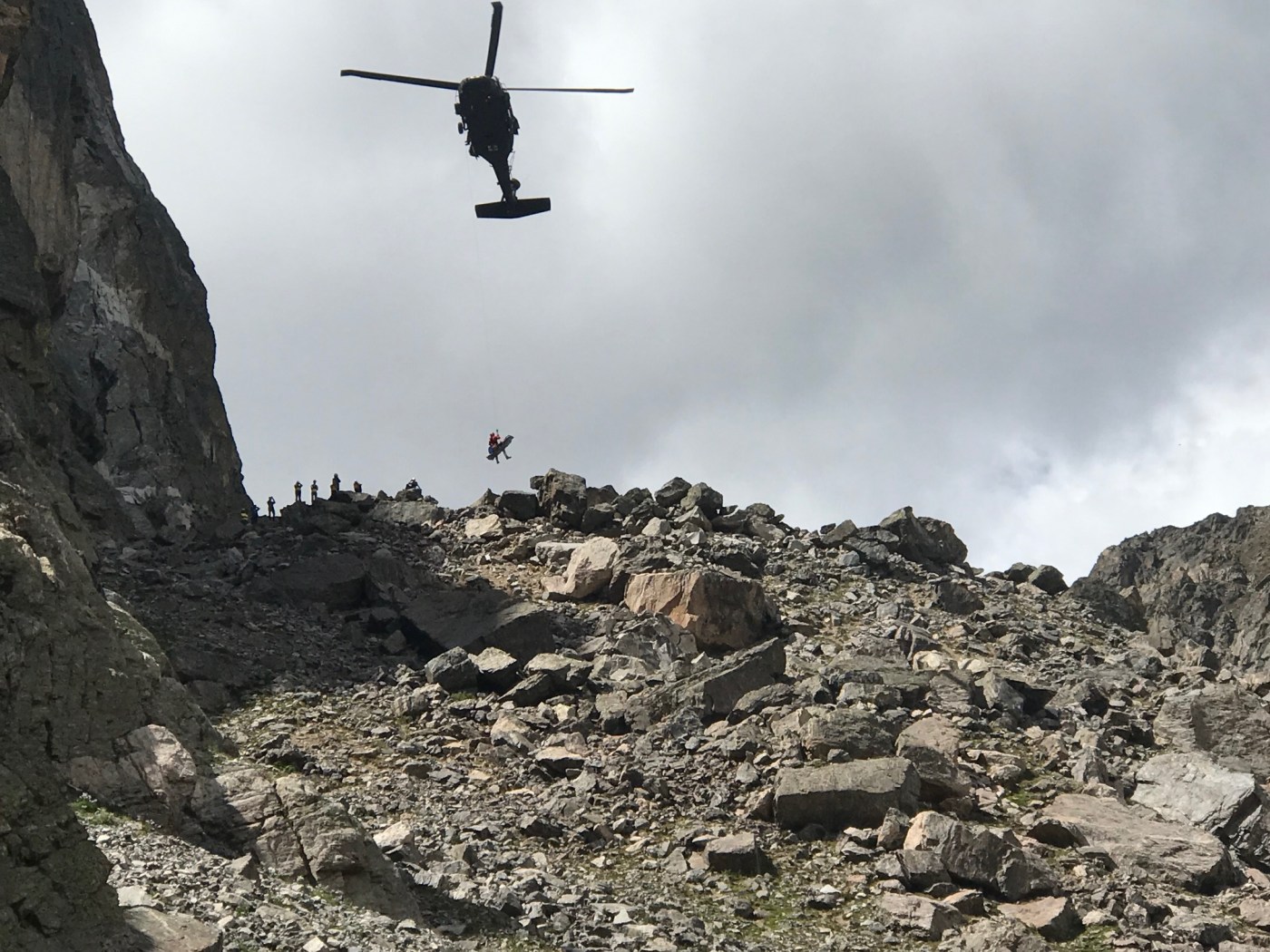 A 63-year-old Boulder man was rescued Friday afternoon after taking a 15- to 20-foot roped fall in Rocky Mountain National Park.

The man fell while climbing the Englishman’s Route on Hallett Peak, according to a news release from the park. He was approximately four pitches up the route when he fell, and sustained numerous serious injuries, according to the release.

He was lowered to the ground by his climbing partner and two bystanders, and received advanced medical care from RMNP paramedics while awaiting the hoist.

Due to his location and injuries, RMNP Search and Rescue team members requested assistance from a Colorado National Guard helicopter from Buckley Air Force Base to extricate him via a hoist operation, using a winch operated cable. He was hoisted out about 12:50 p.m., according to the release. Rocky Mountain Rescue Group of Boulder County assisted with the helicopter hoist operations.

The man was flown to Upper Beaver Meadows, transferred to a Flight For Life air ambulance and then flown to St. Anthony Hospital, according to the release.