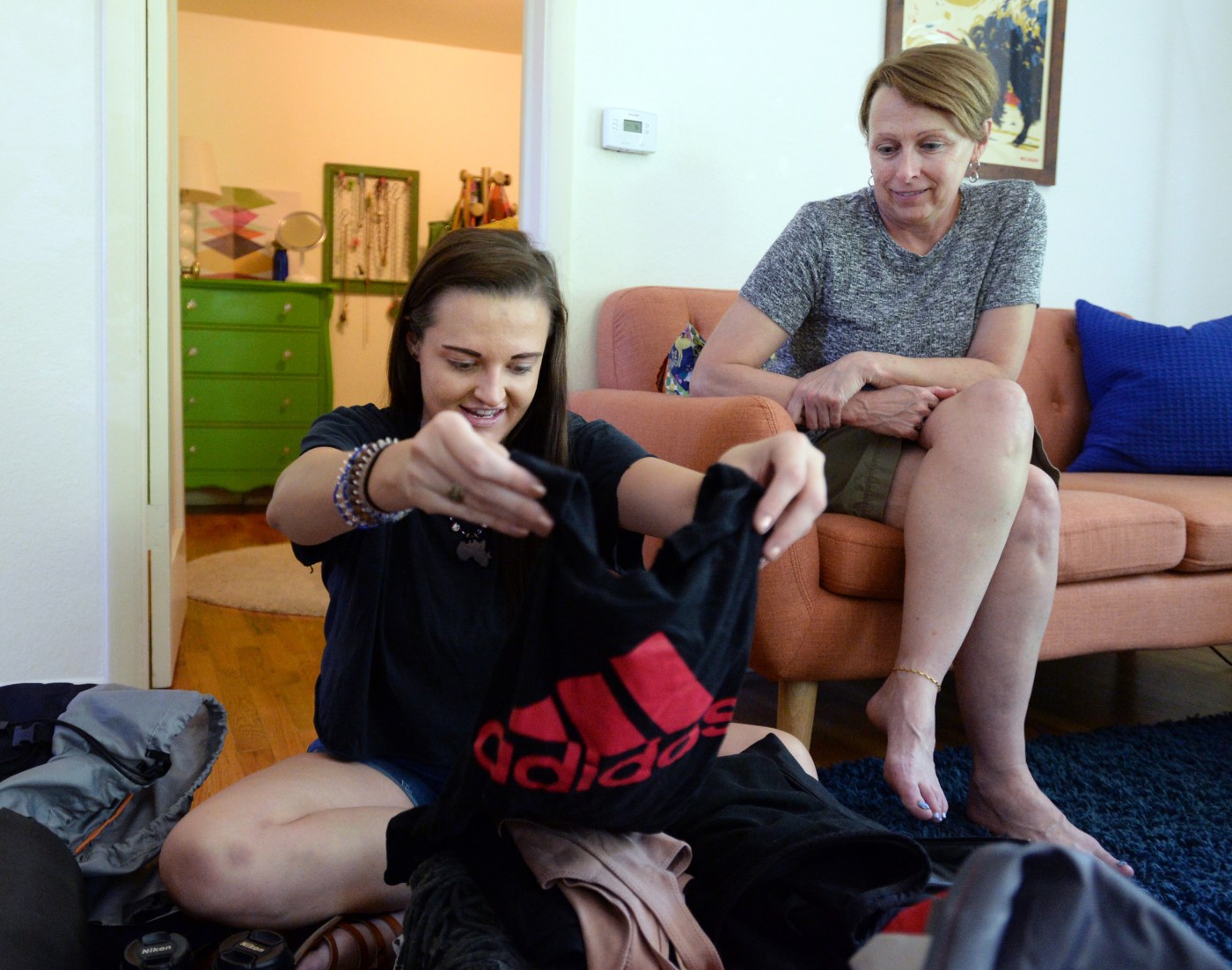 Boulder native Jessee Clauson spent her final days in the United States getting her fill of favorite restaurants and coffee shops while spending time with friends and family.

Soon, she won’t have the chance to do those things for two years. Clauson departs Friday for Botswana to serve with the Peace Corps. The government-run volunteer program serves communities across the world with a mission of “working side by side with local leaders to tackle the most pressing challenges of our generation.”

A self-described nomad, Clauson has never stayed in one place for too long. As a middle schooler, Clauson remembers hearing about the Peace Corps from a family friend who had just returned from abroad. Now 24, Clauson knows she wants to make a bigger impact on the world and the Peace Corps is her ticket.

Botswana won’t be her first stint. Clauson previously worked in an orphanage in Ghana for a month, an experience that opened her eyes to a new way of life.

“I had never met happier people,” Clauson said, adding that her experience showed how many people in the world “don’t need the things to be happy that we do in America.”

But the short time abroad proved not enough for Clauson, who desired more time to make a change. Clauson said she has been “craving” to leave the United States ever since she returned.

For her childhood friend Kat Pepin, Clauson’s departure is both sad and something of which to be extremely proud.

“Jessee is a friend who if I’m having a bad day she’ll completely get my mind off of it,” Pepin said. “She’s a very positive person and knows how to turn any situation into a better one. The Peace Corps couldn’t have a better person going.”

Pepin said Clauson’s experience in Ghana left her with a drive to do more good. She remembers lying in Clauson’s bed when Clauson told her about applying for the Peace Corps.

“I hope that she’s able to feel fulfilled and realize that what she’s doing is an amazing thing,” Pepin said. “I wouldn’t want anything else for her. I hope that she knows how much she’s going to be missed.”

Clauson is leaving her job at Devereux Colorado, where she worked with at-risk children. She believes her experience there will be good for her abroad.

“Boundaries were a very big deal there … maintaining your boundaries with the kids and their families,” Clauson said.

For her, working with young people in difficult situations taught her how to be more compassionate while not being so quick to judge others.

“I didn’t really have a sense of drawing the line between how much I can help and how much I need to distance yourself,” Clauson said. “Because sometimes you can’t help and you beat yourself up about it.”

This is something former Peace Corps volunteer Kelly Terry, 27, also gave as a piece of advice to those looking to join the program.

“Be compassionate towards yourself,” Terry said. “Say yes to as much as you can, but say no if that is what you need.”

Terry spent two years from 2015 to 2017 in the Republic of Georgia working with children in grades five through 12. She focused on outreach projects with young women with an emphasis on empowerment. The school she worked with even founded its first student newspaper.

But she doesn’t call her experience a trip, for her life in the Republic of Georgia became her new normal. She said people shouldn’t let the “extraordinary become the ordinary,” as her time abroad meant so much more than just being on a trip.

“It’s like a ripple effect,” Terry said on working with young people to pursue community-based projects. “I took so much away from that experience … learning so much from those kids and how resilient and motivated they are.”

Despite the brain exhaustion that comes with learning a new language, Terry said the only way to succeed is by embracing imperfection.

“You have to let go of your pride of wanting to be really good at everything and be able to make mistakes,” Terry said.

In Botswana, Clauson will work in elementary and middle schools to break down the stigma surrounding AIDS and HIV. She will educate children about preventative measures, as well as how and where they can get tested and, if they test positive, how they can still live a happy and long life.

Before she can fully joins the fight against the epidemic, Clauson will spend her first three months in Botswana with a host family learning the language and immersing herself in the culture.

When asked how prepared she feels for such a change, Clauson said “there’s always going to be loneliness, confusion and frustration.”

“I know that it is not going to be easy but I think it is really important for me to have an open mind,” Clauson said. “That is what I am going for, to open my world to new people and a new culture.”

She said living in the Boulder area can feel like being in a bubble.

“It’s important to step out of your comfort zone and be culturally aware of the things that are happening around you,” Clauson said.