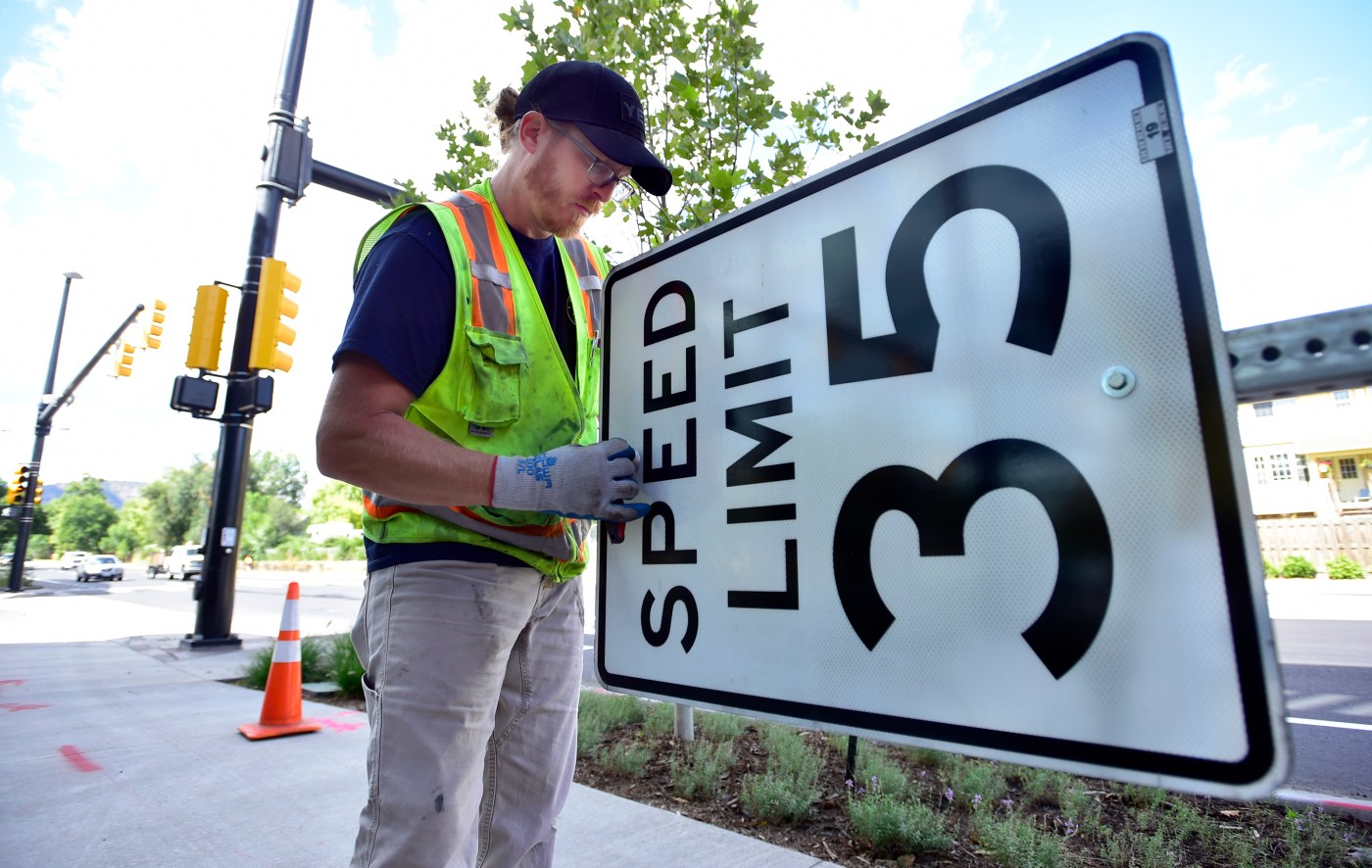 Specifically, Boulder Public Works and Planning and Development Services staffers this year raised serious qualms with how they are managed by top department officials and city council, according to the report. Those employees comprise about 25% of the city’s total staff.

At least one city councilmember has acknowledged city council’s role in contributing to some of the issues raised.

The consultant, Denver-based Team Tipton, provides assessments of municipal and nonprofit workplace climates across Colorado and the country. Boulder awarded the firm a $217,000 contract in part to gather feedback from staffers on their attitudes and contentedness toward their roles and city leadership.

Perhaps the most concerning of the top 12 overarching insights Tipton discovered are a “pervasive lack of psychological safety” for staffers, meaning a fear of ideas being rejected; a “strong sense of futility” despite eagerness for a better future; arduous, slow and unpredictable decision-making; and failures to prioritize long-term operations and maintenance efficiencies.

“Through the report, we learned some hard things about Public Works and Planning and Development Services that must be addressed,” Boulder spokesman Patrick von Keyserling said.

The report does not cite specific examples to illustrate any of the insights it gleaned.

All employees in both departments were invited to participate in the information-gathering portion of completing the report. Out of the 367 staffers asked to complete a confidential online questionnaire between late May and early June, 78% responded, and about 82% participated in focus groups and individual interviews from June through early August, Tipton’s report, shared with the Camera by the city this week, states. The focus groups separated top-level leaders from frontline staff, Assistant City Manager Chris Meschuk noted.

Many of the issues boil down to a staff-perceived disconnect between stated community objectives projects are meant to achieve, public input on staff recommendations and ensuing city council direction on those suggestions.

Tipton found “a feeling that senior leaders and city council don’t truly respect and value the input from and the role of staff — they don’t have our backs.”

Significant turnover in senior leadership positions and long-term staff recently was also identified as a contributing factor to the concerns. For example, the planning, transportation and public works departments all are being lead by interim directors while the city looks to hire permanent candidates for those positions.

“Asking for help is not seen as allowable; historically one would be put on the ‘marginalized list’ if they did so,” the report stated. “Many citizen complaints are treated as the ‘customer is always right,’ without the ability to push back or ask clarifying questions, leading to potential project delays … . Issues languish, innovations remain latent, performance atrophies.”

In a section of the report titled “The Boulder Way,” Tipton outlined more than a dozen problematic “cultural and structural insights.” Those included descriptions of a failure to implement stated goals, an existing “fear-based” culture, poor morale and a tendency to overcomplicate issues and projects.

“Follow-through with decisions is highly variable. Decisions are often re-litigated after they have been ‘made,’” the report stated. “… Staff don’t know what to expect in public meetings.”

An apparent example would be council temporarily reversing course on the land use changes for the neighborhoods surrounding the city-owned former Boulder Community Health hospital campus at Alpine-Balsam.

Tipton also highlighted complaints specific to each branch of the Public Works and Planning and Development Services agencies.

Transportation feels like a department prepared for a meaningful shift in strategy, the report said, but funding is an obstacle. “GO Boulder sees its mission to be more like Seattle than Longmont or Thornton,” it stated. “Unfortunately, it doesn’t appear that there are needed resources to actually implement like Seattle — think champagne taste on a beer budget.”

“Good people are working hard to do the right thing in their mind, but pitfalls and tripwires are everywhere, making it difficult to operate with confidence,” the report stated, adding planning staff members’ relationships with the public and city council is challenging.

Additionally, the rules for new construction could be simpler, staff contends.

“Building and development codes seem to be extraordinarily complex, increasingly so,” the report said, even though the number of development permits and applications has not risen significantly. “… Staff feels disrespected as professionals much of the time, and the disrespect feels very ‘personal’ at times.”

Despite the concerning nature of the report, it also found the majority of Public Works and Planning employees are proud to serve Boulder.

Plus, Bob Tipton, founder of the consulting agency, said it is typical for its municipal clients to find the assessments of their work environments to be a “bit sobering.”

Top city officials have responded well to the report so far, he said.

“Boulder’s leadership is demonstrating really by modeling what they expect the organization to look like into the future,” Tipton said. “They’re modeling things we look at as being necessary in order for this to result in a successful outcome. That is, they’re demonstrating courage and forthrightness and transparency and partnership. They’re leaning into this work in meaningful ways.”

Local governments have a hard job that involves trying to satisfy four main categories of city stakeholders and find compromise between them, Tipton explained:

“The ‘what’s in it for me’ types, they don’t want to listen to data until they understand what it means to them,” Tipton said. “… The organizations that spend time providing information in all four categories are the ones that are most successful.”

Despite the headwinds Boulder staff faces, von Keyserling and Assistant City Manager Chris Meschuk denied the suggestion a substantial exodus of city employees could take place. Instead, officials are looking forward to working on solving the issues brought to light by Tipton.

In fact, the elevated intensity of politics in Boulder compared to elsewhere in the state and country is an attractive part of the job for some city officials.

“It’s actually part of the reason I love working here,” Meschuk said. “We get to dig in and talk about really tough issues in this community, and you get to … really wrestle with those issues. You get to have a conversation on a (higher) plane. It makes the work more enjoyable. Sure, it’s harder, and can take more time, but I think we’re also as a community really focused on trying to make the right decision every time.”

Boulder is working to form recommendations for improving the staff’s situation with a city team being put together now. It will represent all levels of Public Works and Planning and Development Services, von Keyserling said.

Final suggestions are anticipated by November or December.

“Some of the considerations include determining if divisions such as transportation, utilities or facilities should remain part of Public Works or become individual departments and what the appropriate staffing levels should be if the structure is changed,” von Keyserling said.

Council could have input on some changes, depending on the scope of suggestions. Splitting Public Works into separate departments would fall in that category, von Keyserling said.

Mayor Suzanne Jones acknowledged the report shows evidence of council being too harsh and confusing staff.

“I think we hire the best and brightest staff and clearly we need to do more to set them up for success,” Jones said. “I think the turnover in senior staff creates a good opportunity to look afresh at the organizational structure at these departments and to be more responsive to the concerns staff are raising and create a structure that is more efficient and has more clarity.”

Both Jones and Tipton denied the notion that a different form of government, such as a strong mayor model — in which an elected official is the policy implementer, as opposed to Boulder’s council-manager form, in which council provides a broad direction and leaves staff to propose details for potential approval and then implementation — could be a cure-all for the issues in the report.

Restoring the confidence of staff to make ambitious suggestions and carry out policy in an innovative, visionary manner is the goal of the work based on Tipton’s report moving forward, Jones and von Keyserling said.

“The buck stops with the city council,” Jones said. “It’s up to us to take ownership for the decisions that we make and take the heat for them, rather than having staff bear the brunt of the polarized public discourse on tough issues. Especially around growth and development. We should take the heat, not have staff shield us.”

What are Public Works and Planning and Development Services departments