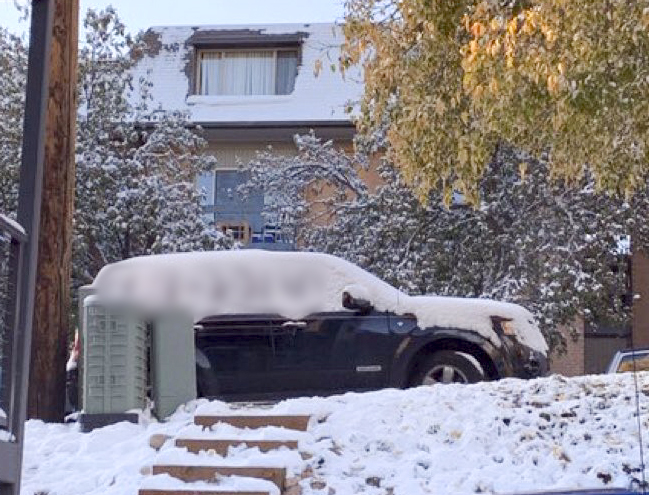 Boulder police have dropped the investigation into a racist slur written in the snow on a vehicle in the University Hill area last week after the owner of the vehicle elected not to pursue a case.

Boulder police spokeswoman Shannon Aulabaugh said the SUV was parked on Marine Street just east of 11th Street sometime Thursday when the slur was written on the snow covering the side of the vehicle.

While the Daily Camera generally does not publish photos that have been edited or altered, it is also against policy to publish racist slurs so the photo has been edited to obscure that word.

Boulder police opened an investigation and were able to identify the owner of the vehicle, but Aulabaugh said the person did not “want any involvement in this matter,” and so the case was closed.

The University of Colorado Boulder’s Black Student Alliance tweeted out a photo of the slur and wrote, “disappointed but not surprised.” The incident followed uproar over a woman caught on video using racial slurs toward black students at CU Boulder.

The woman police believe is in the video was arrested on Friday and is facing one count of harassment.

Editor’s note: An obscured version of the photo has been attached due to offensive language. The unedited photo can be seen on the Black Student Alliance’s original tweet. Viewer discretion is advised.